U2 – Songs of Experience (Album Review) 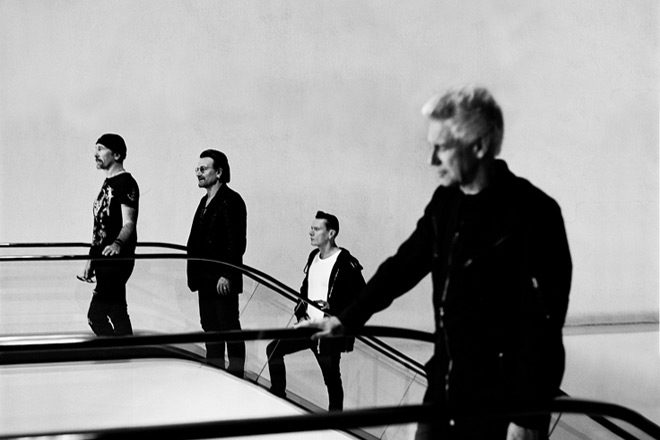 What self-respecting Rock or even Pop music enthusiast would claim that she does not know U2—one of the most ubiquitous bands in the world? Anyone who claims that she has not heard of U2 is either feigning ignorance or simply a non-music-loving person. After all, the stellar profile and involvement of its lead vocalist Bono in the world’s political and economic affairs has placed his band on the red carpet of A-listers and has cemented the Irish band’s name in the consciousness of perhaps every socially-involved individual.

However, falling in love with the music of the solid, enduring, and indomitable quartet of Larry Mullen Jr. (drums/percussion), Adam Clayton (bass), “The Edge” David Evans (guitar/keyboards/backing vocals), and Bono (lead vocals/rhythm guitar/harmonica) is an altogether separate predisposition.

For U2 has reached the level of music enthusiasts’ either loving or hating them. Many detractors have developed their contempt for U2 because of accusations of the band’s having sold-out long ago. But they are missing the point! The ultimate, good-to-honest goal of any artist or songwriter is for his music to become popular and widespread, thus disseminating as widely as possible whatever message or art such music carries with it.

The more listeners music generates, the more the purpose is met. Simple logic. And, at the end of the spin, music is best assessed and appreciated based on the sound itself and, to some degrees, the lyrics, which to a scientific music analyst is but only another instrument; and not on some pointless, irrelevant brouhaha. Based on these terms, U2 have always been on the right track, since its humble beginnings in 1976, right there in the kitchen of Mullen’s humble abode.

Now together over four decades, after forming in Dublin, Ireland, U2 never really stopped from making music and taking this to the road and onto the world’s biggest stadiums. To date, the Irish band is still comprised by the same four dreamy, driven lads who just wanted to write their own songs and be a part of the burgeoning Punk music scene in the late ’70s. They have already released thirteen critically-acclaimed studio albums spread relatively evenly throughout the decades that followed, from 1980’s Boy to 2014’s Songs of Innocence; spawning a string of chart-topping singles.

And now, three years after the release of Songs of Innocence, Bono and the rest of U2 are finally unleashing its sequel, which should have been ready for release as early as late last year, but was just sidetracked due to the turnout of the 2016 USA Presidential Election which, according to Bono, had merited slight but significant changes with the new songs’ lyrics. Regardless, the follow-up to Songs of Innocence has finally arrived and it is Songs of Experience!

Slated to drop at the shops on December 1, 2017, through Interscope, U2’s fourteenth album opens with the seemingly lyrically confessional, slow ballad “Love Is All We Have Left,” whose spacey, synth-drenched, minimal instrumentation serves as a warm-up to the ensuing rocking stomper “Lights of Home,” which then harks back to the similar sonic sentiments of 1987’s The Joshua Tree’s “Bullet the Blue Sky.”

Moving along, following next is the initially simple, four-on-the-floor beat but gradually rising and engaging energy of “You’re the Best Thing about Me.” Another nostalgia-inducing experience comes next in the form of the pulsating, bass-oriented Americana of “Get Out of Your Own Way”—something that may be likened to a similar stylistic excursion of The Killers in their 2006 album, Sam’s Town, which U2 has after all explored deeply in 1988’s Rattle and Hum.

“American Soul” is the epitome of what some journalists dub as Stadium Rock— a big sounding, hard-rocking, sweat-triggering track of a song. Indeed, U2 still rocks! A change of mood ensues with the cool, punchy but soulful sway of “Summer of Love,” only to entice again the listener into excitement with the upbeat, Red Rocks–worthy “Red Flag Day.” And then there is the Pop gloss of the infectious, ’60s Garage Rock–inspired “The Showman (Little More Better).”

Later on “The Little Things that Give You Away” jangles and rings next, making the listener feel the familiar magic strums of The Edge and swaying him into submission to an experience of relaxed maturity. The same sonic and lyrical sentiment flows smoothly into “Landlady.” Thereafter is a throwback to U2’s ’90s Alternative Dance Rock phase – the mirrorball-worthy “The Blackout.”

The penultimate track, “Love Is Bigger than Anything in Its Way,” is also what it proclaims—big words, big concepts, big sound; undulating, rising, mesmerizing, and then exploding into a dramatic sonic temperament, mixing U2’s old and contemporary tendencies. Brilliant! Finally, U2 wraps up the entire experience with another pensive and somber ballad, “13 (There Is a Light),” which beneath its dark aural serenity resides a flicker of hope for the future of the world.

Whatever critics might have to say about the unstoppable endurance of the once-little Irish band, the now larger-than-life U2 is definitely staying up there and floating in the blue skies. This is all with music having long succeeded in transforming innocence to experience—not only for themselves, but also for the world at large. For these reasons, CrypticRock gives Songs of Experience 4 out of 5 stars. 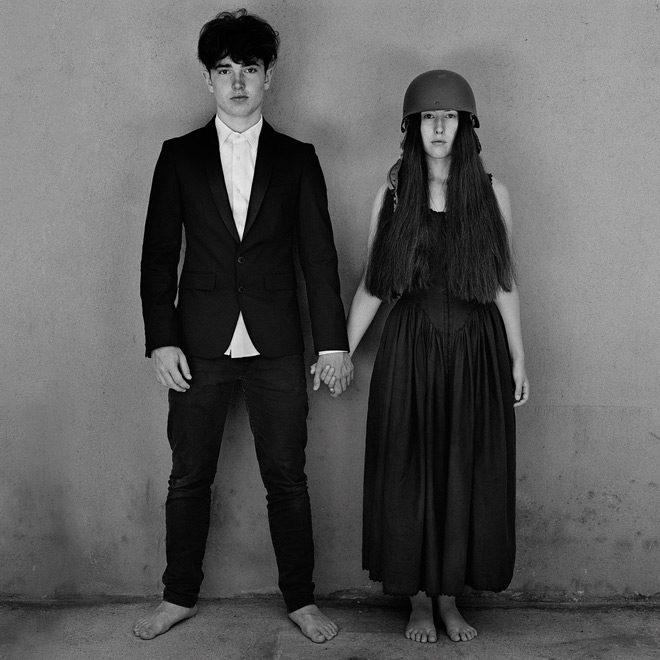 Sia – MUSIC – Songs From And Inspired By The Original Motion Picture (Album Review) Crowded House – Dreamers Are Waiting (Album Review)
Like the in-depth, diverse coverage of Cryptic Rock? Help us in support to keep the magazine going strong for years to come with a small donation.