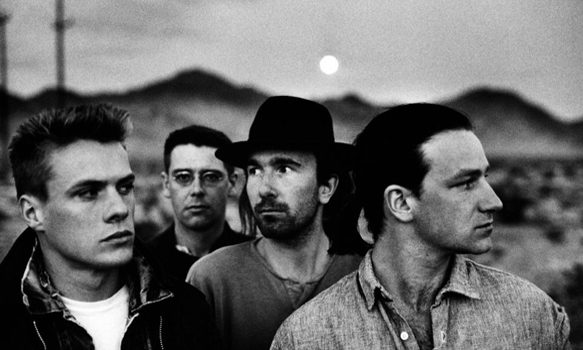 U2 needs no further introduction to any self-respecting Rock music aficionado; and The Joshua Tree remains, unarguably and doubtlessly, the iconic and enduring Irish band’s greatest album in all fronts. However, this does not mean that the album’s contents are far more superior in musicality than any of its siblings in the entire U2 discography, unless one considers multiple layers and textures, as well as passionate and innocent lyrical introspection, as factors that automatically make music superior.

Simply put, The Joshua Tree was made and released in the perfect moment. In 1987, the then already a decade-old band – comprised by Larry Mullen Jr. (drums, percussion), Adam Clayton (bass), “The Edge” David Evans (guitar, keyboards, backing vocals), and Bono (vocals, rhythm guitar, harmonica) – was at the pinnacle of the four members’ youth and creativity, and the genre within which the heart of its music resides was in its commercial peak. Now, in celebration of The Joshua Tree’s thirtieth release anniversary, revisiting the legendary album and identifying what had made it great is a fitting homage.

Released on March 9, 1987, Joshua Tree is U2’s fifth album; so, the quartet already had a considerable following by that stage in their career. Their earlier songs, from previous albums – such as “I Will Follow,” “Sunday Bloody Sunday,” “New Year’s Day,” “Pride (In the Name of Love),” and “Bad” – which were characteristically more sonically urgent and instrumentally stripped down, akin to the Post-Punk sensibilities of similar-sounding bands of the era, such as Cactus World News (“Worlds Apart”), The Sound (“One Thousand Reasons”), Tuesday Blue (“Tunnel Vision”), and The Armoury Show (“The Glory of Love”), were already regular radio staples and chart-toppers.

However, what really made The Joshua Tree stand out and its songs endearing to fans of the band, apart from perfect timing, was U2’s decision to dig deeper into the roots of their favored music at the time – Irish Folk as well as American Blues and Gospel. Add to that, Bono used a more introspective approach to his lyricism, and his soaring voice was remarkably more inspired than ever, which effectively and complementary commandeered the equally spiraling guitar strums and melodies of The Edge along with the solid and tight bass-and-drum foundation that Clayton and Mullen provided.

The Joshua Tree opens with the dramatic buildup of “Where the Streets Have No Name” – the perfect album opener, in which The Edge’s trademark shimmers and jangles shine through without ado, while Bono’s impassioned voice not only soars but also lifts the entire song to stellar heights. The bluesy and rootsy “I Still Haven’t Found What I’m Looking For,” one of the most popular singles off the album, exudes a more subdued grace, but whose guitar parts sparkle all the same.

The chord-thrifty, slow ballad “With or Without You” needs no elaborate description; it was the U2 song that has surely launched millions of lovers to romantic expeditions; whether the romance ended in melodramatic happy endings or in tragedy, it did not really matter, as long as the song’s high-pitched melodies and Bono’s soaring notes always beat as one.

The desert-dry sound of “Bullet the Blue Sky” is the album’s Rock stomper, led by the solid, four-on-the-floor poundings of Mullen and the edgy and slashing guitar slides of The Edge; and is also the beginning of Bono’s preachy half-sung, half-recited vocal styling – something that he still uses to this day. With that single bullet of a song, U2 has indeed arrived…in America.

A slow piano ballad, “Running to Stand Still” is most likely the completion of “Bad,” which is often described as one of the previous album’s half-finished sonic sketches. The band’s Irish Folk origin emerges clearly in the ensuing “Red Hill Mining Town,” owing to The Edge’s glassy acoustic-guitar plucks. Then there is “In God’s Country,” whose upbeat, sunny, and jangly layers of guitar would come to define The Edge’s ultimate trademark sound; and whose danceability may be regarded, in retrospect, as the precedent to U2’s subsequent excursion in the 1990s to Alternative Dance music.

The harmonica-adorned “Trip to Your Wires” is the most obvious foray of U2 into American Blues Rock, a style that would become more pronounced in the ensuing year’s followup, Rattle and Hum. “One Tree Hill” is another uptempo track that follows the dancey style of “In God’s Country,” albeit the bass gallops more gracefully and Bono’s voice sways more sensuously and flows more freely, only to burst and crack again in rapture in the end.

The penultimate “Exit” has that jam-feel, Shoegaze-reminiscent, and Grunge-like aura, which may be compared with the similar jam-originating albums like James’ Wah Wah, The Cure’s Bloodflowers, and The Church’s Further/Deeper; this saccharine noise may even be described as a tamed version of The Jesus & Mary Chain’s beautifully chaotic guitar-feedback-laden trips in Psychocandy. Finally, The Joshua Tree closes with the initially stripped-down, acoustic-oriented “Mothers of the Disappeared,” which, like the opening track, eventually builds up into textured instrumentation.

In retrospect, yes, in sweet surrender, The Joshua Tree may indeed be regarded as U2’s finest moment, not only because of perfect timing but also because the album was the start of the band members’ conscious decision to do something more ambitious with their music, enabling themselves to open up to a wider array of sonic styles and aural aesthetics and to consider exploring other genres of music. Nonetheless, the greatness of The Joshua Tree should not underestimate the individual beauty of each of U2’s subsequent nor previous albums, for it simply served as the springboard for the band’s broader sense of musicality and its members’ better view of the world at large, which continue to prove instrumental in U2’s longevity and endurance.

Still comprised by the eventual four dreamy, driven lads in Mullen’s kitchen some forty years ago, U2 is still running, with its music having long succeeded in transforming innocence to experience. The Joshua trees of yore have remained standing tall, with New Year’s pride and Sunday love intact. 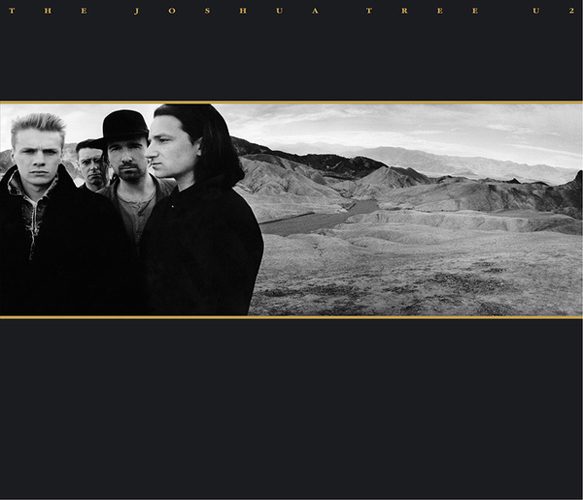 In honor of the 30th anniversary of The Joshua Tree U2 are set to embark on a special tour.