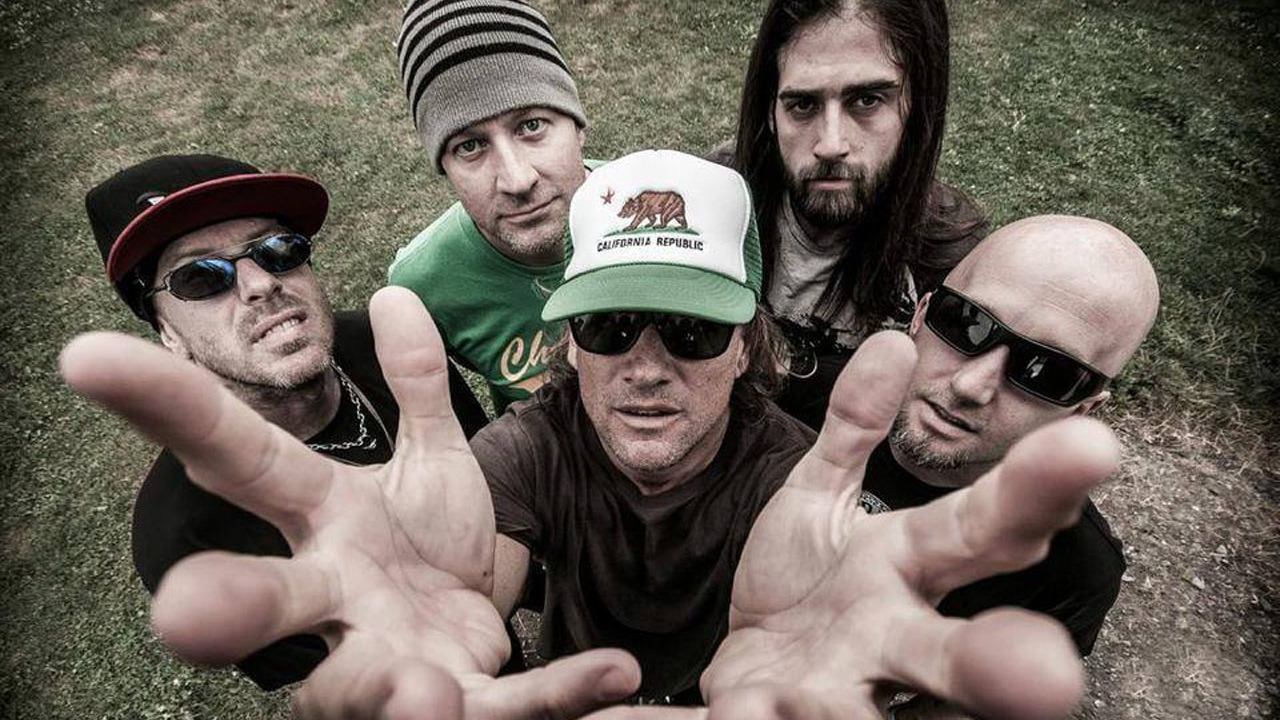 Ugly Kid Joe started out their musical journey in Isla Vista, California in the late 1980’s, as a band with dreams of stardom. Whitfield Crane (vocals), Klaus Eichstadt (guitar), Mark Davis (drums), Roger Lahr (guitar), and Cordell Crockett (bass) would have to wait two more years before their Metal with a side of Punk, mixed with a sarcastic undertone, would allow them to make a name for themselves. When Ugly Kid Joe debuted their EP, As Ugly As They Wanna Be, in 1991, they not only experienced immediate success, they produced a song that continues today to be synonymous with the name, on the strength of the hit “Everything About You.” The EP, to this day, is their highest selling release of all time. Not bad at all for a band starting off their career.

Ugly Kid Joe’s first full-length album,  America’s Least Wanted, followed a year later in 1992 and went on to sell two million copies, remaining for a time in the top 200 on the Billboard charts. Partaking in their share of touring with some big names such as Black Sabbath and Motörhead to name a few, a bump in the road would occur later that same year, when drummer Mark Davis left the band to pursue other musical options. Interestingly, this allowed the entrance of legendary drummer Shannon Larkin, best known over the past decade plus as a member of Hard Rock titans Godsmack.

It would take the band a few years to head back into the studio to record, but with a new member in Larkin, there was a new energy. In 1995, Menace to Sobriety was released, which became a fan-favorite and seemed to get rave reviews from the press. However, Ugly Kid Joe did not see the success number-wise they had seen with As Ugly As They Wanna Ta Be or  1992’s America’s Least Wanted. Sadly a result of Mercury Records’ little backing promotion to the album, the band decided it was time to part ways and create their own record label, which they dubbed Evilution Records. Going on to release one album under this new label in 1996, entitled Motel California, Ugly Kid Joe would disband in 1997. Fast forward to 2011, it seems Ugly Kid Joe was ready to give it another try, and in the following year they released an EP called Stairway to Hell. Now in 2015, Ugly Kid Joe has been a consistent touring machine, appearing sporadically in The States while concentrating pretty heavily across the pond, especially in London.

The resurrected band’s current line-up consists of three of the original members, Crane, Klaus Eichstadt, and Cordell Crockett. Shannon Larkin remains on drums, while Dave Fortman, who is best known for collaborating with Godsmack, Evanescence, and Slipknot, has come on as a guitarist. Then there is new bassist Zac Morris, who has played with numerous bands, most notably Silent Citizen. Last, but not least, on guitar is Sonny Mayo, who is a founding member of Snot and also spent time in Sevendust.

These seven seasoned musicians make up the perfect recipe for creating new album Uglier Than They Used Ta Be, a record that stays true to the sound of Ugly Kid Joe, but features a more mature writing style and lyrical content. Make no mistake, the guitar riffs are heavier, the acoustic parts more melodic, while the drums are tight-sounding and fit each song. The bass guitar sound pulls the songs all together, while Whit’s vocals make it all a success. In a time where vocalists try to sound like what is popular at the time, Whit has a voice that at times hauntingly reminds the listener of the late great Layne Staley of Alice in Chains fame. His voice just seems to have gotten better with age and his ability to stay true to his instrument honestly and to the point shows through in every song.

The album, Uglier Than They Used Ta Be, was done a bit differently this time around, and the band raised funding via pledgemusic.com. There was certainly a large number of listeners and long time fans of the band because the band reached their goal for funding the new CD and then some. Now the wait is over and the band’s first full-length studio record in nearly two decades is set for release October 16th via UKJ Records.

Uglier Than They Used Ta Be starts off heavy with some fun tempos on “Hell Ain’t Hard To Find,” which has a Rock feel with harder guitar undertones in the refrain. The song is catchy and easy to sing along to with a deep underlying message, yet presented in true Ugly Kid Joe fashion. Next follows “Let The Record Play,” where the guitar solos and melodies are a true treasure for the listener. “Bad Seed,” “Mirror of The Man,” “She’s Already Gone,” “Nothing Ever Changes,” “My Old Man,” and “Under The Bottom” are all strong songs that have a very deep lyrical meaning, as well as tight instrumentation. In many ways, the pain, in true Ugly Kid Joe style, is hidden under Hard Rock guitar solos and sometime sarcastic feelings, but deep down, Whit’s voice does not lie about the hurt. In addition, there are some beautiful acoustic guitars mixed within these tracks. Relatable to many listeners, each song has a story one will not want to miss out on hearing. Then there is “The Enemy,” which happens to be the most raw, stripped down, and acoustic song on the album. The refrain is uptempo and it will find many singing along. Then, just when the audience will think the song is over, the heaviest guitar, drum, and bass sound come in, like it is a brand new song.

Sprinkling in some cover tracks, they rock out to “Papa was a Rolling Stone,” originally done by Rare Earth, and the second is “Ace of Spades” by Motörhead. Both songs stay true in most forms of its original version, just imagine a lot harder and faster at points. Australian singer Dallas Frasca lends Whit some vocal backing on “Papa Was A Rolling Stone” with their voices seeming to harmonize well, balancing one another out. Furthermore, Lead Guitarist Phil Campbell of Motörhead not only lends his talents on “Ace of Spades,” but also plays on “My Old Man” and “Under the Bottom.”

Overall, Uglier Than They Used Ta Be is the product of a mature and grown group of men, who started out their musical journey as boys and now are looking back on life, mistakes, regret, and love as adult men. Do not get weepy-eyed though, there is all the old Ugly Kid Joe sound still buried deeply, but with a bit more wisdom. Every song possesses something special in it that the listener will not want to miss. Whether it be an acoustic song that suddenly turns to Rock, or guitar riffs that dance along the melody of a song, the record is both memorable and refreshing. The bass and drum may be seen as time-keepers in some bands, but on this record, they truly are the soul of the songs. Also, there is an Alice in Chains feel to some of the songs, and Whit’s voice is melodic and full of expression. There is no question Ugly Kid Joe’s writing and delivery of the songs may be looked at as a bold move, but it paid off. It was worth the wait and it is clear that Ugly Kid Joe just kept getting better. CrypticRock gives Uglier Than They Used Ta Be 5 out of 5 stars. 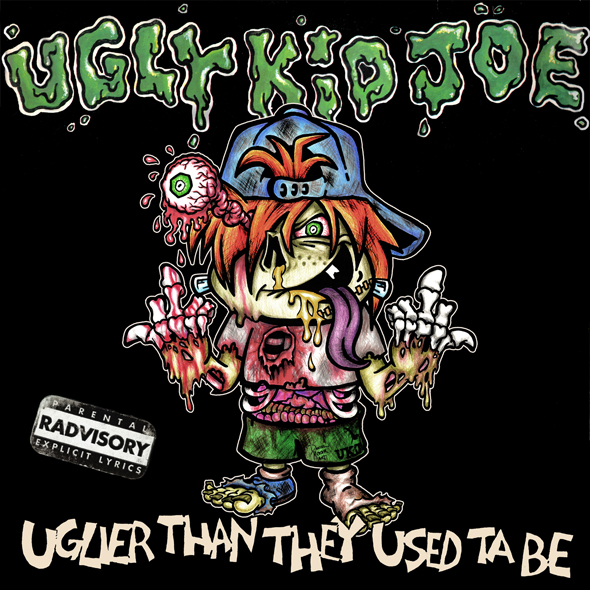