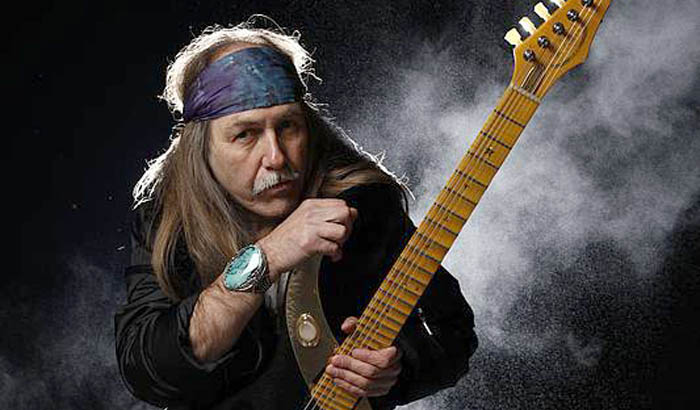 As lead guitarist for the Scorpions, Uli Jon Roth had big shoes to fill as he replaced teenage prodigy Michael Schenker who had left the band to join UFO. Roth would appear on the Scorpions’ seminal albums Fly to the Rainbow in 1974, In Trance in 1975, Virgin Killer 1976, Taken by Force 1977, and the live LP Tokyo Tapes 1978. Spending five years with the Scorpions, Roth departed from the band and would form his own band Electric Sun. Releasing three albums between 1979 to 1985, Roth would go on to a solo career recording six albums both in Rock and Classical style music. Now seven years after his Under a Dark Sky record, he returns with a two-disc compilation in 2015 entitled Scorpions Revisited.

On Scorpions Revisited, Roth re-recorded nineteen tracks from the four studio albums he appeared on in addition to “All Night Long” which appeared on the Tokyo Tapes, but not on any of Roth’s studio work. Joining Roth on the recording are an assembly of talented musicians such as Nathan James (vocals), Jamie Little (drums), Ule W. Ritgen (bass), Niklas Turmann (guitar, backing vocals), Corvin Bahn (keyboards, backing vocals), and David Klosinski (guitar).

An expansive version of “The Sails of Charon” opens the album with Roth taking it to almost nine minutes versus the just over four minute studio version. A down-right Doom Metal sound on guitar opens the track and it quickly takes off into rapid fire fret work before falling into the main riff. A galloping, Progressive melody is dotted with more soloing before it all comes together again and the vocals take over. James delivers a gritty vocal and hits all the high notes. Roth then fires off a lengthy solo with a heavy Middle Eastern feel and some twangy Country licks sprinkled in. “Longing for Fire,” from In Trance, is a brief slice of Hard Rock perfection. Little drums fast and hard as Roth plays the melody sparingly, opting instead to solo throughout most of the track, including during the verses. Clocking in at under three minutes, it is textbook Rock-n-Roll.

“Crying Days” finds Roth paying tribute to one of his idols, Jimi Hendrix. The wah-wah pedal is working overtime as Roth begins the song with a Psychedelic freak out. The verses are delivered over a simple, quiet guitar line before giving way to a screeching solo before reverting back to a mellow outro. The title track from Virgin Killer is a Heavy Metal rave up with a driving riff and vocals to match. Although the Scorpions made their hay before the New Wave of British Heavy Metal, this song epitomizes that sound with soaring vocals, pounding ride cymbals, and hurried guitar play throughout. Another title track, “In Trance” follows and with its eerie, somber opening and is the perfect antithesis to “Virgin Killer.” Echoing, atmospheric guitars and string-like sounds from Bahn’s keys set the stage for a plaintive vocal from James. Keeping true to the original, standout backing vocals are utilized throughout.

On “Sun in My Hand,” it is plain to see why Eddie Van Halen cites Roth as one of his biggest influences. The first thirty seconds of the song could have been the basis for any number of classic-era Van Halen as Roth crams a startling amount of notes, drenched in distortion, over such a brief time. Here, the drums are the melody as, again, Roth eschews keeping any kind of semblance of order and basically solos for five minutes. “Yellow Raven” is another Hendrix-themed number, to the point that it could easily be mistaken for “Little Wing” at first blush. Unlike Hendrix’ tune, Roth gets away from the light-hearted sound and delivers an absolutely menacing solo rife with power chords.

“Polar Nights” is a Funk-laced track that pulls off the unenviable task of melding the British Blues-Rock sound with Philly Soul. With Ritgen’s bass up front in the mix, Roth and his bandmates lay down a down-right danceable track highlighted by all the elements of Classic Hard Rock; a truly unique exercise. A chugging riff opens “Dark Lady,” sounding very much like early Queen, including complex backing vocals and harmonies for the first two minutes. For the final six minutes, Roth plays a bizarre, mind-bending solo that sounds like it belongs on a dark, Science-Fiction movie soundtrack.

“All Night Long,” from  the Tokyo Tapes, is a simple rocker laid down perfectly. Roth categorically shreds throughout while the drumming is purposeful in its haste. “Pictured Life” comes across in the same vein, but was clearly a song ahead of its time. Originally released in 1976, it is ’80s Hard Rock personified. Had it been released ten years later, accompanied with a video featuring scantily-clad women with big hair, it most likely would have been a huge hit. “Hell Cat” once again echoes Hendrix where elements from at least five of his songs are clearly heard. Here, Roth, like Hendrix before him, seamlessly blends dense, Hard Rock sounds with Psychedelic leanings in a unique, sonic tone.

“Drifting Sun” goes beyond Hard Rock and right into Heavy Metal. The riff is a thick, monolithic, down-tuned slab of fuzz. The bassline is relentless and is placed perfectly in the soundscape so that it is more than just a rhythm track; it is in synch with the lead throughout. Heavy, dark dread is the feeling one gets across the span of the song as one of Roth’s many influences come to the fore. “Rainbow Dream Prelude” sounds exactly as one would expect based off of the title. Roth unplugs for an instrumental acoustic number that would not feel out of place on The Beatles’ 1968 White Album. A sinewy blend of Classical stylings and Flamenco fingerpicking dominate the track as Roth is able to employ what so many others can not  as the space between the notes, rather than an utter assault of sound, are what make the cut so appealing.

Album closer, “Fly to the Rainbow;” the title track from Roth’s first album with the Scorpions, is an Arena-Rock masterpiece. Acoustic strumming gives way to grandiose power chords, back to acoustic strumming, followed by a cosmic solo that sounds like it is coming from deep space. It then all takes off into staccato power chords and echoing, drifting solos, before closing out with over two minutes of intense, distorted feedback. Clocking in at just under twelve minutes, it is an epic closer.

Regarded as a pioneer in the Hard Rock/Heavy Metal scene, Uli Jon Roth, on Scorpions Revisited, has laid down a flawless slab of Rock-N-Roll. It is easy to hear not only who influenced him, but all of those that came after that he clearly influenced. Putting his own spin on a multitude of styles is what has allowed him to always remain fresh. Furthermore,  despite the fact that, here, Roth has re-recorded nineteen songs from the mid to late ’70s, they all sound brand new. CrypticRock gives Scorpions Revisited 4 out of 5 stars. 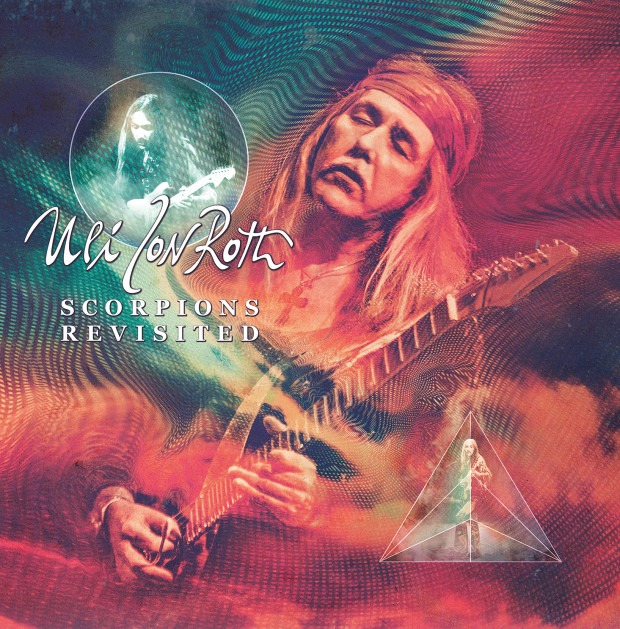