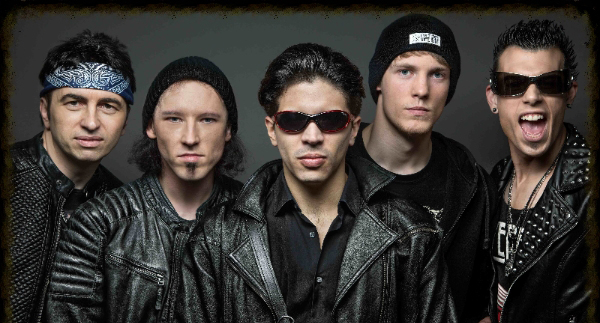 Hard ‘n’ heavy band Unbreakable from Hessen, Germany are evolving as one of the most highly acclaimed German hard rock exports in the international scene in sometime. Consisting of Al Crespo (Vocals), Martin Ries (Guitar), Pascal Alles (Guitar), Alex Ries (Drums), and Lukas Mittler (Bass); the band was taken under the wings of former Scorpions drummer Herman Rarebell as their producer in 2013.  Now in 2014, Unbreakable offer curious listeners their debut album Knockout, recorded in Principal Studio Muenster, Germany and in Kidroom Studio with Michael Voss (Mad Max/producer of Michael Schenker) and released through the Chicago based hard rock and metal label Dark Star Records in collaboration with Sony Music Entertainment.

What is defined by the above mentioned names, Unbreakable deliver 100% hard rock made in Germany with Knockout that reminds one of the glory days of the Scorpions with songs like “Blackout” or “Rock You Like a Hurricane”.  Comprised of eleven tracks, the opening title track transfers the listener straight back to the eighties where singer Crespo gives a brilliant performance in the best manner of Klaus Meine. The following song, “Rock the Nightlife”, features a guest appearance of Rarebell following a similar line before ballad “Come Back to Me” shows the band’s more emotional facet.  Continuing on, “Bad Blood” affiliates as another high-energy rock song led by its strong chorus and heavy riffing guitars.  Keeping the rock flowing while showing a humorous lyrical side is the song “Crazy Cat Lady”.

There is positive overall impression led through Knockout, although some fans and critics may accuse the band for being closely similar to their contemporaries from Hanover in The Scorpions.  It would be easy to call Unbreakable just a copy of the Rudolf Schenker gang, but there is much more to this band.  Clearly deriving strong influence from the bombastic sounds, pumping rhythms, and arena rock feel that dominated the airwaves in the 1980’s, Unbreakable is an exciting interjection into the modern scene.  With clear talent and ability to compose memorable rock songs musically, the five-piece band delivers a good and solid job. Knockout is a well-balanced hard rock record that will make listeners want to drive faster and sing along.  The album combines the sound of ideals from a passed by era with a few modern elements.  CrypticRock gives Knockout 4 out of 5 stars. 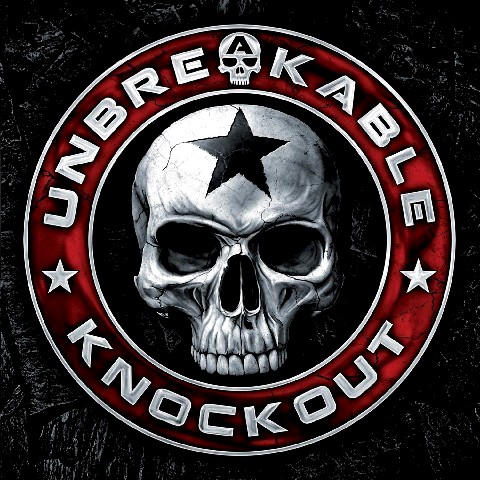