“We are finally done with the new album and ready to hit the road! Eastern Canada, Cleveland’s Fire Fest and the New England Metal & Hardcore Festival will all be part of the tour dates this April. We are proud to include Winds of Plague and Texas in July on this Northern trek. See you all soon.”

UNEARTH recently wrapped up production on their yet to be titled all new LP due later this year, their sixth spanning the band’s 15 year tenure. 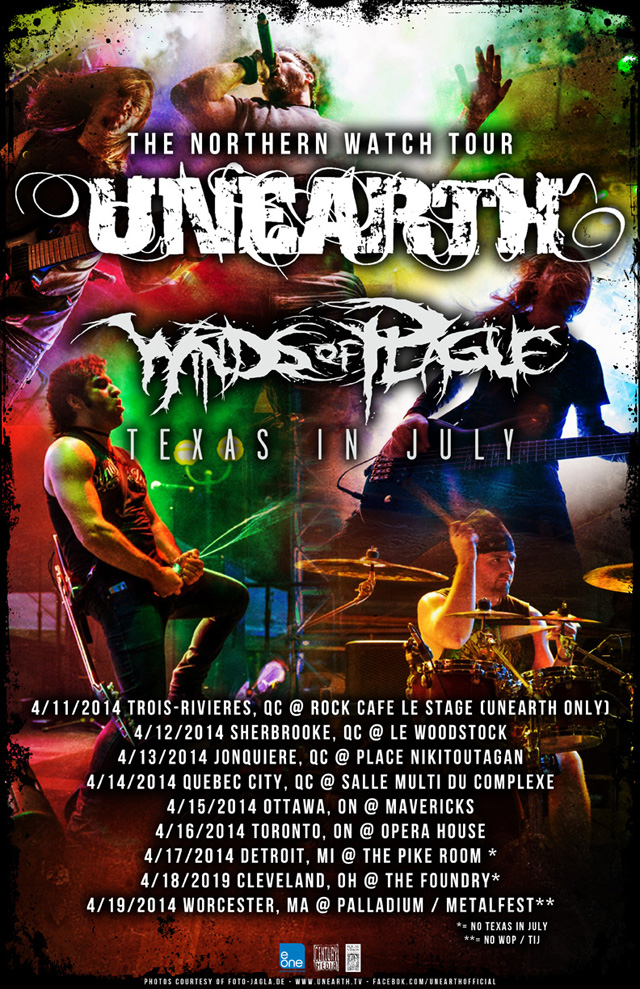