Most people tend to look forward to marriage, and while ironically more Americans are divorced than married today, it is still a symbol of the kind of bond people strive for in this world.

So, of course, the four friends in Unhinged find themselves pursued by a maniac in a bridal gown intent on dismembering them. Directed and co-written by Dan Allen, Unhinged is a remake of a 1982 UK “video nasty” by Don Gronquist bearing the same name. “Video nasty” definitely says it and being his full-length feature directorial debut, Allen certainly puts his stamp on them here.

Set for release in the USA on DVD Tuesday, February 6, 2018 through Sony Pictures Home Entertainment, Unhinged is the story of bride-to-be Melissa (Kate Lister: Fox Trap 2016, The Warriors series) and an entourage of her two friends Gina (Becky Fletcher: 12 Deaths of Christmas 2017, House on Elm Lake 2017) and Thalia (Lorena Andrea: House on Elm Lake 2017, Papillon 2017). Along with Melissa’s estranged sister Lisa (Lucy-Jane Quinlan: Made You Look, Where Do We Go From Here? 2015, 60 Seconds to Die 2017), they are thrust into increasingly bizarre and dire crises starting with a weirdo named Tim (Ben Jones: Wolfblood series, Catalyst 2018) who will not take no for an answer.

During a drive to her bachelorette party, Melissa kindly offers a cash-strapped man gas money. This throws a wrench in these young ladies’ plans as the man becomes obsessed with Melissa and stalks the foursome. How they end up handling this disturbed creep complicates matters incredibly. This decision, made mostly by Gina and Melissa, may anger viewers at best. The audience either will accept this story-driving choice or they won’t… period. This being Horror, things will only get worse as Melissa and company run out of gas and seek shelter on the property of a local shut-in Miss Perkins (Michelle Archer: Let’s Go Home 2016, Curse of the Witch’s Doll 2018).

Miss Perkins, detached and anti-social, implores her guests to follow her rules “or else.” The dreaded “or else” comes in the form of a psycho living on her dilapidated property. Archer’s Miss Perkins is traumatized by her past. She balances a kind of rudimentary off-kilter kindness with a not-so-subtle menace. The character has seen a lot and Archer mostly conveys that. That is where Lisa tries to relate to her. Melissa and Lisa do not have the greatest relationship either, based on painful losses from their pasts. They feel like real sisters. Lucy-Jane Quinlan’s Lisa is withdrawn and carries a noticeable weight on her shoulders. She is easy to root for. Gina and Thalia, too, while not as carefully sketched, feel like real people. They are tastefully portrayed as lovers, though Thalia is hesitant to take the next step. 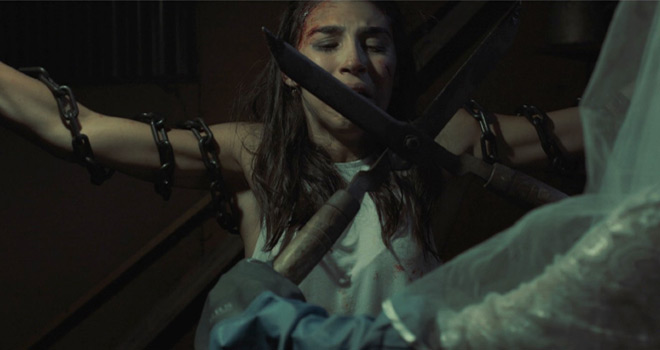 This leaves Melissa, the story’s main protagonist. Unfortunately, she is not very engaging as the story’s driver. Kate Lister is game for the role and tries, but the character is all over the place. That Melissa is so concerned with getting to her wedding combined with her part in how the group deals with the stalker makes her somewhat infuriating. Touching upon the weaker aspects of the story is unavoidable here.

It cannot be emphasized enough that the decision Melissa is implied to make with Gina is one that will have some viewers, maybe the majority, ripping the hair out of their heads. When it becomes clear this tale is as much about Melissa and Lisa rediscovering their sisterhood (through the healing nature of combat with a deranged psycho killer), something strangely tasteless emerges from this story, which is where the “video nasty” probably comes in. There is no way to escape it: their predicament is totally avoidable and Melissa is in some ways responsible, but not because of a compelling character flaw.

This story issue overshadows Allen’s attempt to say something about human relationships. While the film is technically decent as far as Edward Lui’s (12 Deaths of Christmas 2017, House on Elm Lake 2017) cinematography goes, Aaron Strefford’s score is unmemorable. Allen, who wrote the story with Producer Scott Jeffrey (House on Elm Lake 2017, Suicide Club 2018), wears his influences on his sleeve (one of which becomes abundantly clear toward the end of the film, if not sooner). It is disappointing because the killer is actually kind of creepy and, while not very subtle, could be a subversive message about what Allen thinks is really pushing marriage as an institution. 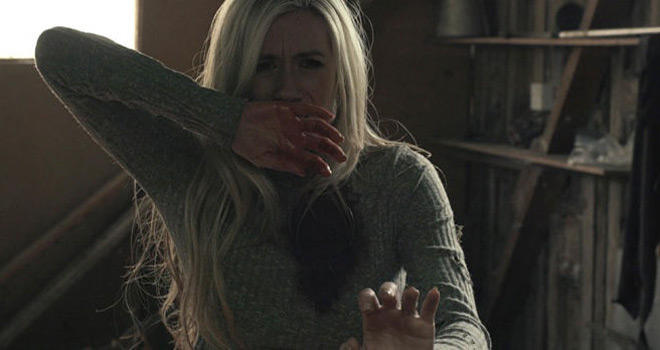 It is a plus that Allen crafted a female-centric Horror tale, though, with the male characters of the story acting in ancillary roles (though one haunts the story). This only goes so far, however. Unfortunately Unhinged never feels more than formulaic and the inciting incident may be too unforgivable for many moviegoers. Any good here is ultimately squelched by poor decisions in the writing, and for that reason, CrypticRock gives Unhinged 2 out of 5 stars. 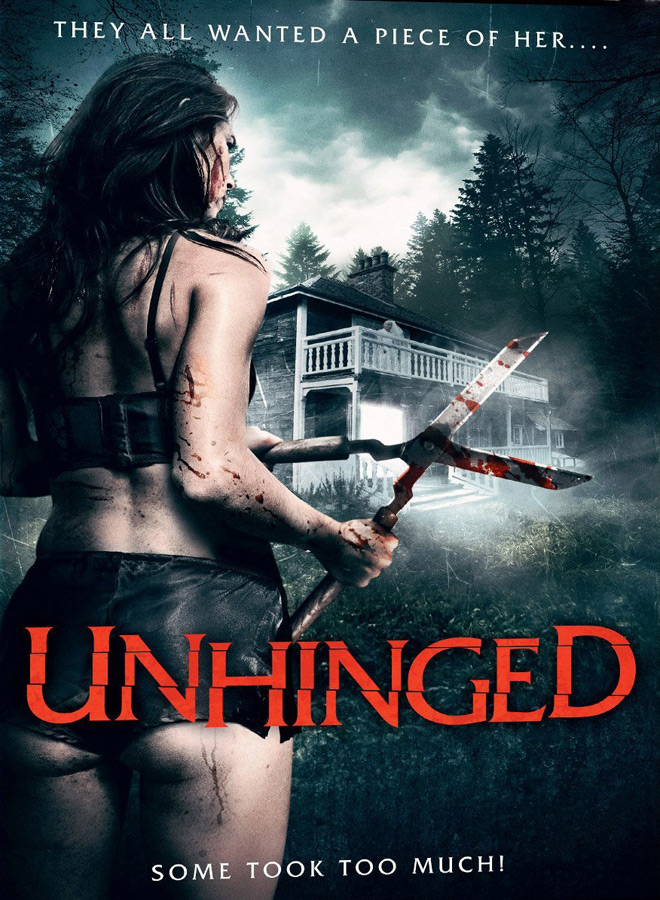