Available on DVD on November 14, 2017 through TomCat Releasing, Unlisted Owner follows the recordings and evidence of the horrific events known as the “owner killings” that took place in Lawford County, Illinois on Oct. 23, 2010 and March 23, 2011. Written and directed by Jed Brian, the footage is supposedly taken from five different sets of cameras, some of which appear to be damaged or corrupted. This footage is said to have been reconstructed and edited together by the Lawford Sheriff department. So, is it just another Found Footage genre film, or something better?

Approximately 74 minutes in length, within the film, friend Tanner Lweis (Tanner Hoke in his debut) explains to the rest of his group of supposed university chums that “The Owner House” has been empty for quite some time because of its apparent dark and twisted past. This unsurprisingly does not stop friends Jed Groves (Jed Brian in his debut), Tyler Landers (Tyler Brian in his debut), Gavin Landers (Gavin Groves in his debut), Griffin Potts (Griffin Groves in his debut) and their girlfriends from wanting to check out the house after the latest series of murders that have taken place on the property. When they lose the daylight, the group of friends travel to the house to break in and investigate the crime scene, a decision that would later affect them for the rest of their lives.

While an interesting film idea, Unlisted Owner either ran out of funds to complete the project in its entirety or just did not live up to the expectations Director/Writer Jed Brian would have possibly hoped for. The film takes some creative risks by trying to tell three different sets of victims’ stories through the eyes of a camera. Sadly, all we get are vignettes of the first set of victims, and spend too much time on the second slew of victims to even really care about the first or last set of victims of The Owner House.

Additionally, through the second group of victims, Brian spends a lot of time on the audience learning something and yet nothing at the same time about the characters. That said, much of Unlisted Owner consists of nothing but high-school level arguments between friends. While this would have worked if it was used sparingly, it all becomes too much as we literally get almost an hour worth of camera footage of nothing but arguing, and Travis and Gavin apparently trying to have improper intimacies with two unknown chicks on their camping trip.

The bottomline is when a film takes too much time to build up to the climax, you have already lost your audience’s interest. In defense, it could be a matter of the the idea of Unlisted Owner was too large for Brian’s budget. If a film is not at the center conflict by the half point of the running time, it is impossible to comeback from such a common Indie filmmaker mistake. However, since it appears to be Brian’s debut film, it can be somewhat forgivable.

Because the events in the beginning of Unlisted Owner take so long to get through, the ending of the film is very rushed. This leaves viewers feeling like they have just gone through a rollercoaster effect of deaths since all happen within minutes or seconds of each other. Lastly, the ending and the last victim’s deaths happen so fast that the audience is not provided any real conclusions as to who the killer was.

While it can be agreed it is perfectly okay to leave some to the audience’s imagination, to leave a film without an identified killer, unless there are plans for sequels with a definitive answer, is not a good idea. As mentioned, a first time director, viewers should give Jed Brian another shot on future projects because a debut film is never really a good determination of what a filmmaker can do. For these reasons, CrypticRock gives Unlisted Owner 2 out of 5 stars. 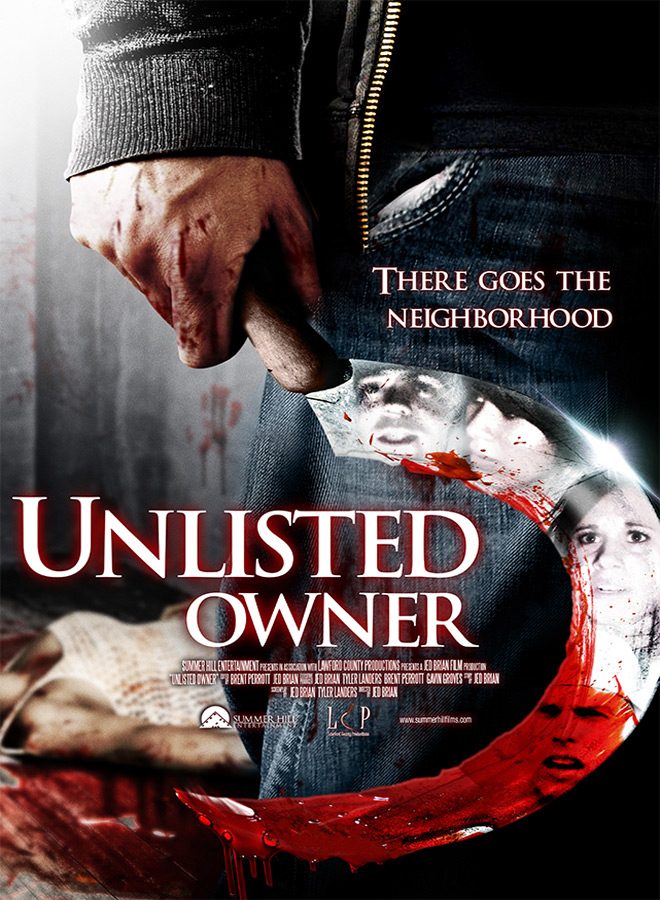