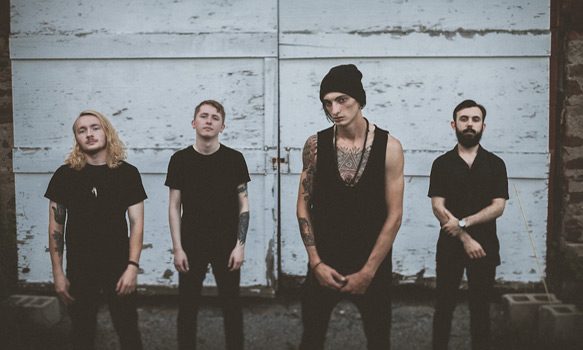 Motivated, the guys are hoping to make their mark on the music industry through the release of their debut album, Past Life on February 10, 2017 via eOne Music. According to their social media, the band hope listeners pick up on the variety of techniques applied to the record and the pervading theme of solipsism, or the  theory that the self is all that can be known to exist. How well do you know yourself?

“Doubt” kicks off the album with its progressive guitar sounds and prominent percussion, which winds up to more soaring heights. Sylvio’s vocals carry an emotional grit as he sings of doubt and self-discovery. In the chorus, the vocals shred and lash out against the sweeping instrumental background to demand attention and drive home the outrage.

Next, “Bitter Truth” follows swinging into a more uptempo realm with bouncier bass lines and high energy chords that almost steal the show from the vocals. It is the moment and vibe of this song that pushes it forward with the vocals filling in the spaces in between. Not to say the vocals fail to carry a punch, they do, especially after the second verse into the chorus but the musical dynamics are more engaging and entrancing.

“The Way” delivers a new aura to the room with its mix of cleans and screams from the very beginning. Starting out mellow and clean, the song begins with a transcendental vibe before jumping into its heavier chords and screams. It is this mix that drives the entire track, beautifully loose and calming, into the heavy, piercing screams. The bridge indulges in the same clean instrumentals as the earlier parts of the song, but is laced with gutturals and hoarse whispers and effects.

From here “Tomb” jumps in with a rockabilly feel, supple guitar sounds and rolling drums are the soul of the track. In this case the “tomb” of record is self-imposed and the subject of the song is feeling “the walls close in” on them and are struggling to make it to the outside. Breaking out of the things which weigh us down and shut us off has long been a topic in art and self-expression, and “Tomb” is another song bringing this concept to the light.

Slowing things down a bit is “You Wanted Out” with its somber wailing guitar and Sylvio’s and Ferguson’s measured and punctuating drum beats. Delivering a tale of love lost and learning to let go, this track is the cleanest on the first half of the album. Unwill seems to blend the somberness of the message with a bit of Pop-Punk, upbeat pacing near the end of the track, which changes the emotion of the song from being so heavy.

The next track, “Drifting,” packs more of a punch right off the bat with those sharp, shredding screams piercing through the music. Instrumentally, there is a touch of New Wave flavor on this track that occupies the background in the form of what sounds like synth effects laced within the music. “Drifting” features a softer bridge, pre-breakdown before going into full-on shrieking and tempo change. At the end of the track it completely changes course and exits with a heady, dreamy instrumental outro.

Wrapping up the album are “Soul,” title track “Past Life,” and “Go.” First, “Soul” balances the guitar sounds of Keely and Weissinger that create an ethereal ambiance, with the severity of Sylvio’s vocals and Ferguson’s galloping beats. It’s a dynamic track that hits a variety of highs and lows and features a choral, multi-layered vocal effect that makes it feel bigger and takes up more room. “Past Life” is the title-track of the album and the theme of the album. It delivers the same harmonics and combination of effects heard in the earlier tracks, but the message here is about moving on and not being dragged down by something or someone from your past.

Lastly, “Go” closes the Past Life on a somber and existential note. Here there is reflection on existence, taking in the world around us, and appreciating life and the experiences that come with it. It is the discovery of the closure that has been long sought and fought for throughout the entire album. There is an effervescence in its cleanness that was effectively withheld until the very end, which is then accented by the deliberate placement of screams near the end of the track. The question remains: “Where do we go from here?”

Unwill ventures between dirty and clean, both sonically and vocally, throughout the album, but it is seems to be the guitar work that helps maintain the balance, alongside the control of Ferguson’s drums. The ferocity with which Sylvio delivers his vocal performance at times pushes the album forward, and at other times, seems to distract from the message and the sonic delivery of his bandmates.

Overall, Past Life documents a journey through self- discovery and questioning of a life, and possibly love, in turmoil, as well as retelling a history. Through a fairly rough and punctuated journey through loss and rediscovery of self, regret, confusion, and acceptance, the album ends with a question and the lingering wonder as to whether or not we all do not sometimes lose ourselves only to find them again and where to go when it happens. CrypticRock gives Past Life 3.5 out of 5 stars. 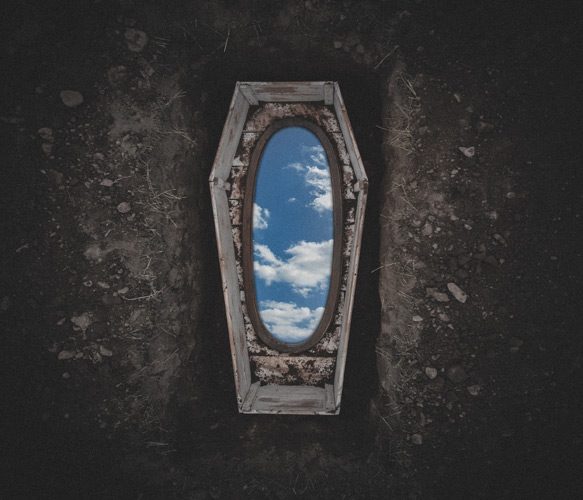