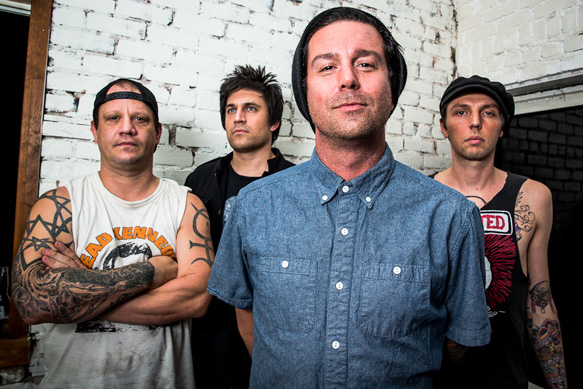 San Diego, California based band Unwritten Law established their undeniable Punk sound with their 1994 debut album, Blue Room. Founded three years prior to the album’s release by Drummer Wade Youman, Guitarist Matt Rathje, Bassist Craig Winters, and Vocalist Chris Mussey, over the years Unwritten Law has seen their share of lineup changes, including Scott Russo on vocals, as well as more recently John Bell as bassist, Rob Brewer and  Steve Morris on guitar. Despite the many members that have come and gone, their consistency of musical quality has remained unchanged, purely unique and very relatable with their fans.

Attaining success, Unwritten Law broke mainstream on the Rock charts with their 2002 hit song “Seein’ Red,” which became an MTV favorite, also reaching #1 on the Modern Rock charts. They reached the top 5 again in 2005 with “Save Me (Wake Up Call)” and since, Unwritten Law has created a staple sound for their music scene, a perfect blend of intricate chord work, raw vocal, and the ability to weave emotion into song. With that said, one of the most interesting qualities of Unwritten Law is the way the band can constantly go from a rebel-rousing softcore Punk sound, to the soothing melancholy of Emo, and then dive into the Skate Punk/American Rock that their fans adore. Their newest works, simply entitled Acoustic, is a reprisal of some of their fan-favorites from previous albums performed in stripped down acoustic format. Released on Cyber Tracks April 1st, the thirteen track album is a welcomed gift to long-time Unwritten Law fans.

It is the aforementioned quality that carries through into their Acoustic release, where the mood seems to maintain a mellow vibe but undeniable spark to the instrumentals where the band’s artistry can shine through. The lyrical composition of Unwritten Law is what helps to make their sound so likable. The lyrics, though somewhat poetic and metaphoric at times, are relatable to their target audience who identifies so well with them. Anyone who has felt like an outcast, who has felt alone after a breakup, those who have been torn up inside, or angry at the world’s injustice can understand the message of the songs.

In addition, Unwritten Law gives new life to their past songs, including favorites “Seein’ Red,” “Save Me (Wake Up Call),” and “Teenage” (formerly “Teenage Suicide”), and other such songs featured on albums, 1998’s Unwritten Law, 2002’s Elva, 2005’s Here’s To The Mourning, 2007’s The Hit List, as well as 2011’s Swan. A layer of depth and intimacy is added into each revitalized piece, allowing the fans to feel fond nostalgia and also to experience the music in a new and exciting way. The angst and rebellion in each song remains in the lyrics, but the sound is more feel-good, and there is a sense that the songs have matured past their initial inception alongside their fans who grow up with their music. The evolution of the music through the acoustic reprisal will draw in new fans with the old, which is good news for the band is currently on tour this year, having started touring in early April. Alongside the masterful reworking of their older stuff, Unwritten Law has also included two new tracks, “Huartbreaker,” a cover originally done by MSTRKRFT and John Legend, along with “Belongs To You,” a track written entirely by Scott Russo.

All in all, Unwritten Law has proven themselves once again as an unforgettable nostalgic Rock band of many hats. They appeal to so many different kinds of music lovers it is hard not to like them. Acoustic is highly recommended to newcomers who are looking for an underrated talent of pure quality. The album is a reminder of the great era of Pop Punk and the types of talents churned out in the genre. CrypticRock gives Acoustic 4 out of 5 stars. 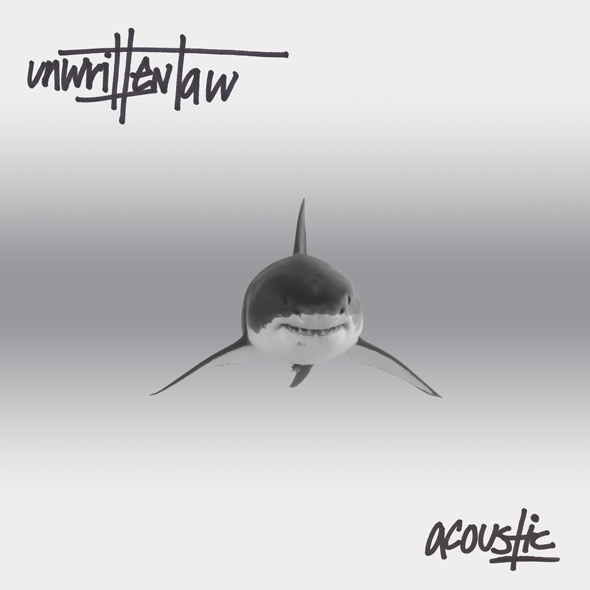