At this point in ABC’s Once Upon a Time, each moment is a build up to the next, all of it seemingly leading to the final battle. While the future of the series is still relatively uncertain, with speculations swirling this could very well be the final bow, the episode Awake assured fans there is still plenty of magic left to go around. 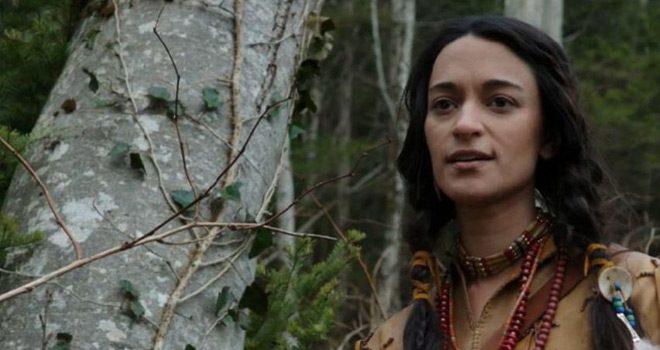 Premiering on Easter Sunday, April 16th, Awake picks up with Hook still trapped in Neverland, running for his life from the Lost Boys. It is here he is saved, or so he thinks, by Tiger Lily (Sara Tomko: Extraction 2012, The Leftovers 2014) Little does he know that the Native American girl plans to hold him captive until she gets him to carry out a task.

At first reluctant to grant her request, Hook soon realizes the quest Tiger Lily is requesting will benefit them both, since she wants him to bring something to help the savior in her final battle. Who is the savior? Ding ding ding, Emma Swan. Finally on the same page the two work together to find a way for Hook to deliver a fragment of the most powerful fairy wand in existence.

Meanwhile, back in Storybrooke, Regina and Emma are seeking to find a way to free her parents of the sleeping curse that has been bestowed upon them. Unfortunately, their experiment backfires and things go from bad to worse as the sleeping curse threatens to put both Snow White and Prince Charming under together, with no hope of either of them ever waking up. This segues to flashbacks of the time of the dark curse on Storybrooke, but the intriguing part is, it is prior to Emma Swan’s arrival. In fact, it is over a decade earlier, when Emma is only a little girl. 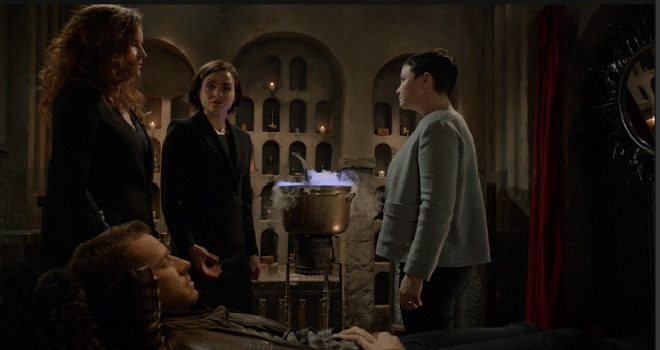 This flashback provides even more intrigue to the story as Snow White, then a mild mannered Mary Margaret sitting bedside next to a John Doe, who just happens to be Prince Charming. Bringing him a flower, it ends up being much more than a regular one as the power awakes Prince Charming and in exchange he awakes his lovely bride to who she really is. From here Charming seeks out Mr. Gold aka Rumpelstiltskin to help them find their long lost daughter Emma.

Unfortunately for Snow White and Prince Charming, reuniting with their little girl will come with a cost. All their friends under the dark curse in Storybrooke will remain as such forever. Faced with a very tough decision they opt to look at the big picture and protect everyone rather than look out for their own interests. Taking a potion, Prince Charming and Snow White forget who they are and put themselves back into an oblivion inside the Storybrooke saga.

Overall an episode that packed with intrigue from start to finish, Awake is hands down one of the best Once Upon a Time episodes of the season. It is so powerful that the season could have concluded here, minus some few loose ends and it would satisfy fans. The kick is more is still to come, the looming final battle. Faced with a ton of uncertainty, for the moment, it seems like the good guys are winning. Then again, there is still plenty more story to unfold in the final four episodes. In other words, anything can happen, The Black Fairy could have more tricks up her sleeve that Storybrooke may not be prepared for. Alliances will form, subplots will intertwine, but in between it all, Emma and Hook will finally tie the knot. Whatever the future holds, all directions point toward an epic potential conclusion to Once Upon a Time. A must watch episode, CrypticRock gives Awake 5 out of 5 stars. 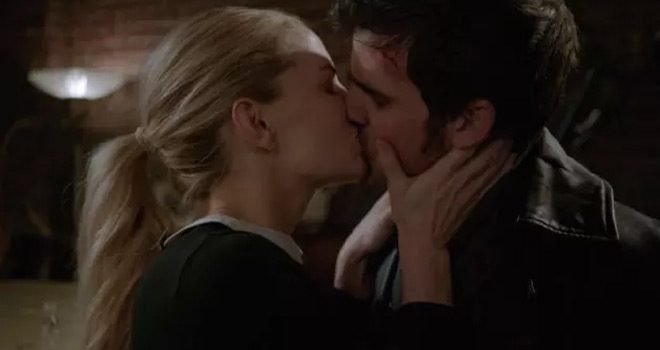