With so much unfolding amidst the confines of Season 6 of ABC’s Once Upon a Time, the episode The Black Fairy promised to offer more insight into the series’ most opposing villain. Initially airing on Sunday, April 30th, at 8/9 c, the episode would be a roller coaster ride of emotions, feeling like a conclusion is certainly near, but will it be happily ever after as many fans hope? 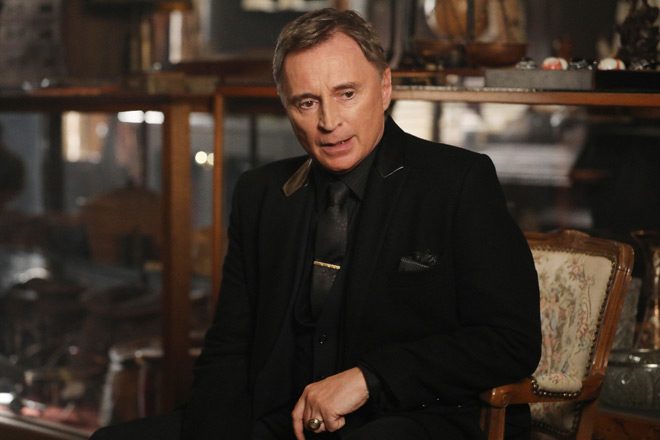 Picking up following Zelena’s selfless act of sacrificing her powers to undo her careless efforts to take out The Black Fairy, Storybrooke is starting to look like things will turn out ok. Even more so when Rumpelstiltskin finds a way to pry his son Gideon away from The Black Fairy to take him and Emma Swan along into a dream realm. Done so in order to allow Gideon freedom to tell them the whereabouts of his heart, without worrying about the wrath of The Black Fairy, the jump into the dream realm is far from what Rumpelstiltskin had planned on. Instead of entering into Gideon’s dream, they enter into Rumpelstiltskin’s dream and find themselves back at the place of his birth.

Meanwhile, flashbacks of the far past when Rumpelstiltskin is born come in and out as fans get to see The Black Fairy when she was simply a new mother named Fiona. Here it is revealed that on the eve of Rumpelstiltskin’s birth The Blue Fairy and Tiger Lily (at the time still a fairy) visit his parents to tell them their newborn son is indeed very special. So special, he was in fact a Savior. A startling revelation to viewers, seeing the villain he became, soon Fiona allows her clouded judgement to make a slew of poor decisions. Playing with magic and letting her true character come out, Fiona soon becomes The Black Fairy. 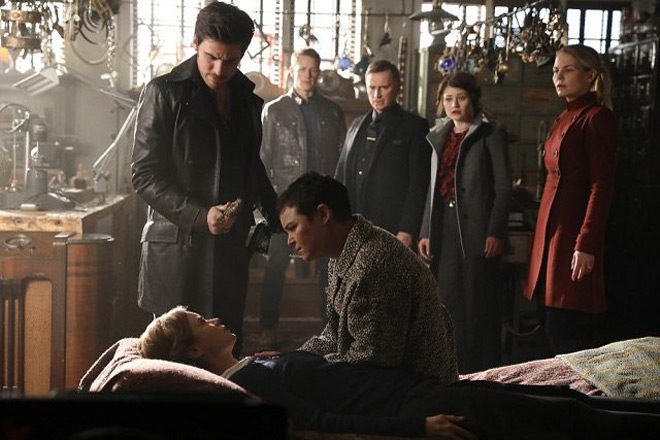 Now in the dream realm, Rumpelstiltskin is faced with the decision to find out exactly why his mother gave him up in the first place, but is he strong enough or willing to do so? Thankfully he does for the sake of Gideon and his discovery is shocking. Faced with the reality, Rumpelstiltskin is forced to either defeat his mother or join her dark forces. Will he make the right decision?

The Black Fairy is an episode that feels like closure is just around the corner. The only issue, the closure viewers are yearning for is still foggy. A matter of fact, just when you think that things are actually turning in the right direction, it seems like they are only getting worse upon the end of the episode. A dark episode, one filled with pent up emotions and vengeful intent, to be honest, it feels like the final battle should directly follow.

Interestingly enough, there will be one more episode prior to the final battle, Sunday, May 7th’s The Song In Your Heart. Even more obscure, after such a severe turn of events in The Black Fairy, The Song In Your Heart will reportedly be a musical episode, in fact, the first ever of the series. Leaving one question, why now? It does not seem most fans would want or expect a fluffy song and dance entry into the series. Then again, perhaps it is the perfect polar opposite to create even more jaw-dropping reactions once The Final Battle ensues on May 14th. Whatever it may be, fans cannot help feel a level of uncertainty, anxiety, and a level of fear never felt before for the fate of Storybrooke. With the sands of time dissipating, CrypticRock gives The Black Fairy 4 out of 5 stars. 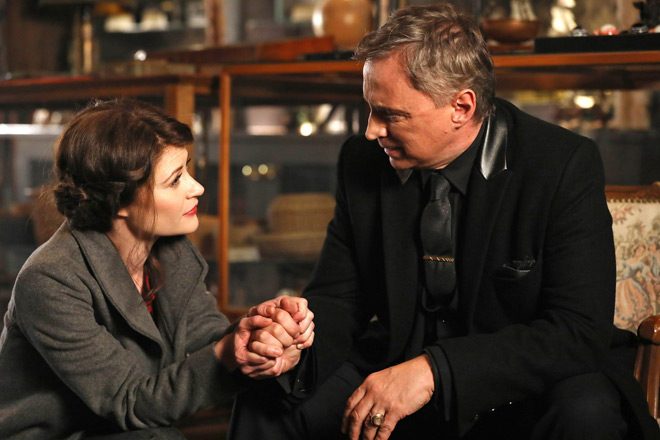