If the road to the final battle on ABC’s Once Upon a Time has taught fans anything, is it filled with plenty of twists and turns. Speaking of roads, the 18th episode, Where Bluebirds Fly, premiering on Sunday, April 23rd at 8/9 central, saw the story turn back to the yellow brick one of The Emerald City of Oz. Giving more backstory to the conflicted Zelena, it also exposes the fact that everyone has their weakens, including The Black Fairy. 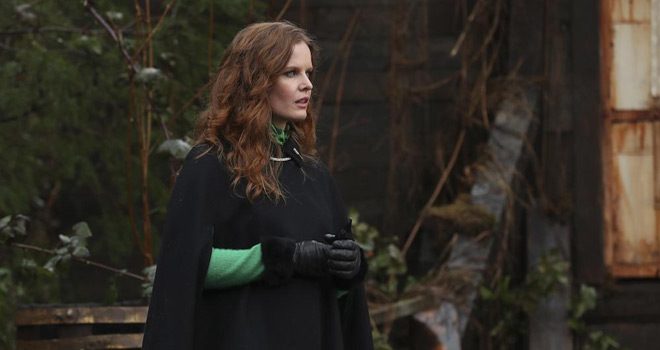 The story picks up with Snow White elated about Emma’s engagement, and like any mother, set out to plan wedding dresses, table arrangements, and everything else that comes along with the celebration. Meanwhile, Hook, Emma, and a more realistic dad (David), know that perhaps planning a wedding right now is not the best idea with the pending final battle. David goes on to explain his apprehension of hosting a wedding right now, concerned The Black Fairy will crash the party. Snow, a little less optimistic of the outcome of the final battle, is in the frame of mind that the time is now to have the wedding, in case there is no tomorrow. Thankfully, David reassures hope that they will come out victorious on the eve of war.

On the other side of town, Zelena is paid a visit by The Black Fairy, who is trying to entice her to align on her side. Zelena shuns the idea and, feeling she is strong enough, seeks out to snuff out The Black Fairy all on her own. A careless and arrogant move, Zelena ends up causing more problems for Storybrooke than they were already up against; tricked by The Black Fairy to attack, only to harness her powers for evil. 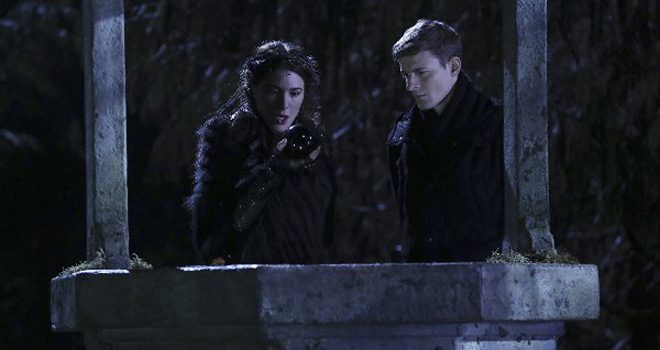 In the midst of this terrible turn of events, viewers are flashbacked to Oz where Zelena reigns as a leader, but clearly is alone. Introducing an individual named Stanum (Alex Désert: Boy Meets World series, Swingers 1996) which Zelana befriended during childhood, years later, he returns seeking her help, otherwise he will forever become The Tin Man. Here it is revealed that Zelena clearly has a feeling of abandonment and inadequacy, thus her endless struggle to always prove she is better than others. Sadly, this trait has led to her demise, and now all of Storybrooke perhaps, but could she change the winds of fate with a selfless act?

While not nearly as action packed as the prior week’s episode, Awake, Where Bluebirds Fly paved the way closer to the final battle. For one, Zelena is finally turning a corner in her inner battle. Two, after Zelena does make a brave decision for the benefit of others, the group finally find a way to awaken The Blue Fairy. With these events taking place, The Black Fairy finally sees her confidence waver, concluding the episode stating that The Blue Fairy is the only one who knows exactly why she initially gave up her son, Rumpelstiltskin, all those years ago. Could The Black Fairy even become a sympathetic character? We shall see.

All in all, Once Upon a Time’s 6th season is shaping up rather nicely with plenty of intrigue and few low points. Sunday, April 30th’s episode, entitled The Black Fairy, most definitely will finally fill viewers into a little backstory behind the series most fierce villain to date. This only leaves one question, will the final battle live up to the tension mounting with each proceeding episode? Until then, CrypticRock gives Where Bluebirds Fly 3.5 out of 5 stars. 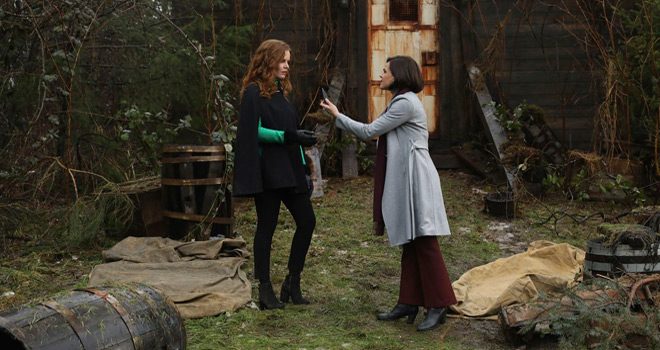