Sometimes secrets are best left untold, or are there? Weaving a tangled web of lies, ABC’s Once Upon a Time continued on Sunday, March 19th, with the new episode Ill-Boding Patterns. Leaving viewers in suspense after the startling truth was revealed that Hook murdered David’s father in the prior episode, Murder Most Foul, many questions are still to be answered. 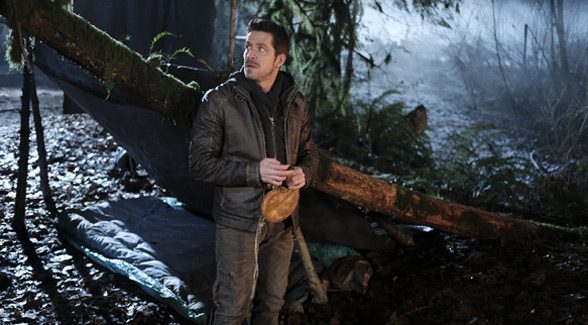 Keeping the storyline nonlinear, Ill-Boding Patterns opens with a scene of Beowulf and his army in the first ogre war long ago in the Enchanted Forest. A merely impossible task, Beowulf leads his people into battle with the promise of victory. Meanwhile, Rumplestiltskin appears only to use dark magic to snuff out all the ogres and thus be crowned the hero. Still at odds with his son Baelfire, the boy tries to convince his father he no longer needs dark magic, urging him to rid himself of it.

Unfortunately for Rumplestiltskin and Baelfire, an angry Beowulf seeks to reveal the true beast inside of The Dark One, setting him up for demise. Possessing the dagger, thus having the ability to control his father, Baelfire looks to protect his father regardless of his blackened soul and orders him to kill Beowulf. A reluctant Rumplestiltskin carries out the dead, but knowing his son is good, is extremely disheartened by the shocking turn of events.

Meanwhile, back in modern times in Storybrooke, present day Rumplestiltskin looks to enlighten his other son Gideon and steer him away from his lust to destroying The Savior. This is while Robin Hood’s doppelganger, with Regan’s magic in hand, seeks the help of Zeleana to break out of Storybrooke into the outside world. Additionally, Hook is internally battling himself to figure out if he should be forthcoming with Emma and tell her the truth about David’s father. 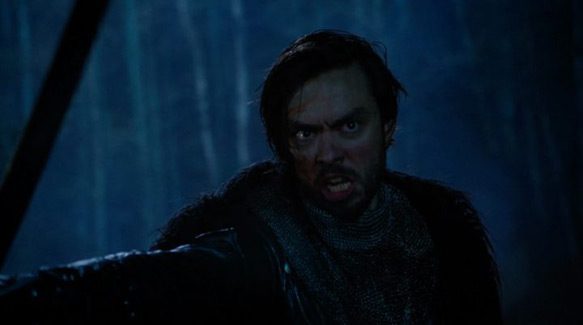 With key characters fighting to conceal secrets, all for different reasons, the drama in Storybrooke is mounting like a volcano. An episode with little action, the most telling part of it all was fans had a chance to see a different side of Rumpelstiltskin, one which thinks about his family before himself. This is ever so evident when the truth comes out about Baelfire and what Rumpelstiltskin did to protect him. History appears to be repeating itself again with Gideon, and Rumpelstiltskin selflessly is looking to shield yet another son from darkness.

As for the Robin Hood look-a-like, the verdict is still out on what or who he really is. One thing is for sure, his intentions seem more ill-willed than good. Then there is Hook, clearly a reformed man looking to honor the woman he loves by being sincere. Sadly, because of fear, he lacks the strength to do so and, as a result, his proposal to Emma it dampered greatly. Will Hook come clean or take the secret only he knows to the grave?

A lot was learned from Ill-Boding Patterns, but, unfortunately, it had little to do with the actual plot of Once Upon a Time. For one, it teaches the valuable lesson that not everything is black and white and everyone has secrets they hold, for the better good of another or other legitimate reason. Beyond this, it teaches that no matter how good one rationalizes something, it is themselves they have to live with.

Overall a very compelling episode, Ill-Boding Patterns manages to reveal yet another face of main focus character Rumpelstiltskin, even 6 seasons into the series. That said, fans are itching to learn more of the plethora of interwoven storylines. For these reasons, CrypticRock gives Ill-Boding Patterns 3.5 out of 5 stars. 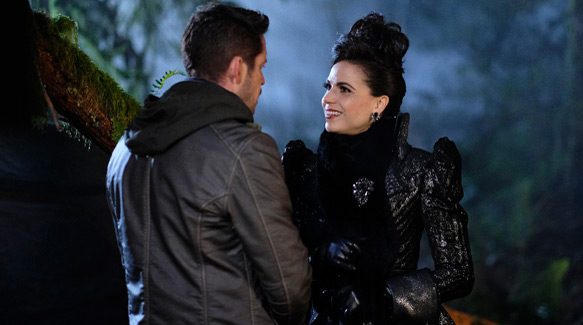