With the pending season 6 finale of Once Upon a Time less than a month away, the plot continues to thicken as tension builds in Storybrooke. In the episode entitled Wondrous Place, fans saw Hook trying to find a way home to Emma Swan while Aladdin and Jasmine finally defeat Jafar, freeing Agrabah. This lead into the following week’s episode, Mother’s Little Helper, premiering on Sunday April 9th. An episode named after The Rolling Stones’ Classic Rock tune, there was plenty of juicy uncoverings in the latest plot twist. 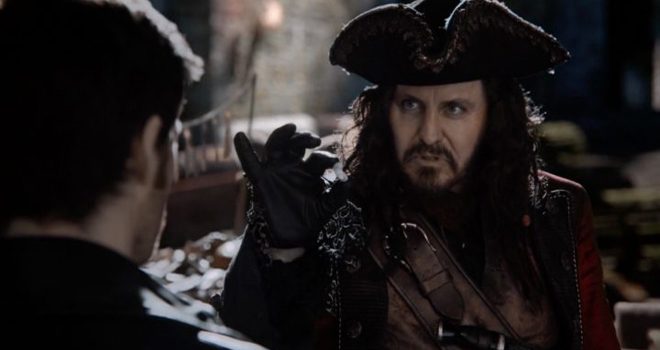 Picking up with Hook still looking to find a way home, he comes across his old nemesis Black Beard in a pub while in the Enchanted Forest. Striking a deal with Black Beard for a magic bean to cross realms, it seems Hook has found his way home. Unfortunately he is unaware that when Gideon forced him out of Storybrooke, he also made it impossible for him to return to Storybrooke. As a result, Hook and Black Beard enter the portal created by the bean, only to be transported to a hostile environment, Neverland. Running from the Lost Boys, Black Beard abandons Hook as he takes to the water in a boat. Will Hook be able to escape the Lost Boys or is he truly in trouble?

Meanwhile back in Storybrooke, Emma is persuaded into helping Gideon find a way to defeat the Black Fairy. Skeptically, she trusts that there is good in Gideon and joins forces with him. Seemingly tricked into her own demise by Gideon, he unleashes a giant spider on her. Will Emma escape and is all hope lost for Gideon? 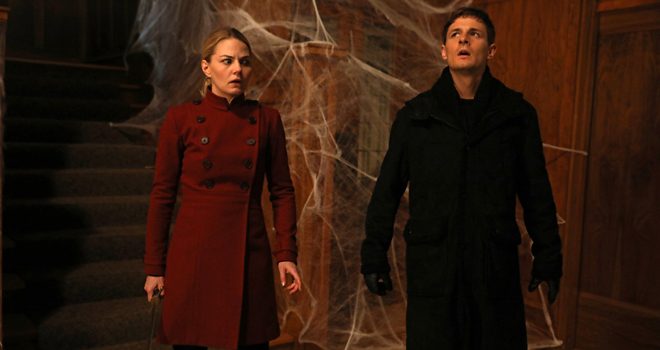 Additionally, Regina is still seeking a cure for the sleeping curse cast upon David and Snow White. Working with Henry, while taking notes, he suddenly becomes possession, writing unknown text. Frightened by the event, she and Henry visit the former author, Isaac, who is safely locked up at Storybrooke General Hospital. Asking for Isaac’s thoughts on the possession-like state that took over Henry, the untrustworthy character demands his freedom and a vehicle to leave Storybrooke for any information. Reluctantly doing so, prior to driving off into the night, Isaac lays a frightening scenario onto Regina and Henry, one which leads the final battle and perhaps end of the story.

All tension building, Mother’s Little Helper is an episode that lays the groundwork for some major events yet-to-come. While Gideon appears to be pure villain, his father, Rumpelstiltskin, reminds us that not everything in the world is so black and white. That said, the Black Fairy appears to be as ruthless and evil as they come, as seen in the flashbacks giving viewers insight to Gideon’s backstory. Whatever it may be, it seems that something big is coming for the residents of Storybrooke.

There is a ton of speculation that this could be the final season of Once Upon a Time but nothing is certain yet. As rumors fly, show creators promise that the two-hour season finale scheduled for Sunday, May 14th will not disappoint or leave anyone unfulfilled. That in mind, hopes are that Once Upon a Time does continue on for a seventh season and beyond; only time will tell what happens but in the meantime viewers should refrain from believing everything they hear. On Sunday, April 16th, the next episode Awake is sure to offer more Easter eggs of detail as to where everything is going for the series. Until then, CrypticRock gives Mother’s Little Helper 3.5 out of 5 stars. 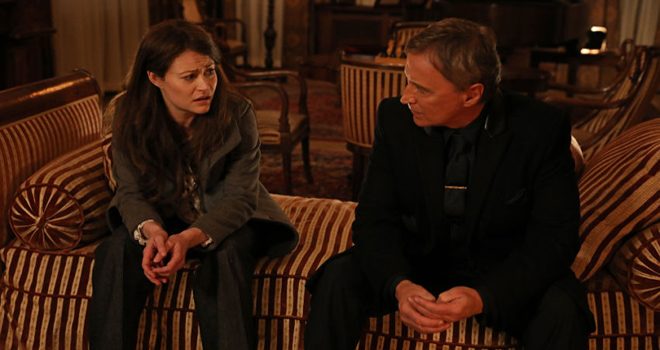