The drama continues to unfold on ABC’s fantastical series Once Upon a Time following the premiere of Murder Most Foul on Sunday, March 12th. The second episode since the series returned from a winter slumber, Murder Most Foul adds more wood to the fire, further showing the twisted web connecting each of the beloved characters. 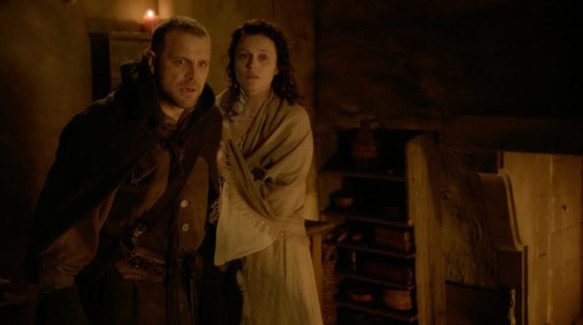 With the threat of Belle and Rumpelstiltskin’s son Gideon put to rest, at least for now, attention turns to other matters. First and foremost, the curse bestowed upon Prince Charming, aka David, and Snow White is still going strong. Never awake at the same time, David is spending this days seeking out the truth of his father’s demise and in the process calls on Hook for assistance. Hook, a changed man, is resistent to do so at the fear of betraying the trust of Emma, and furthermore, earning the trust of David, her skeptical father.

Reluctantly assisting, Hook is really looking for the right moment to ask for the blessing of David to ask for Emma’s hand in marriage. Sadly still looking at Hook as a pirate in many ways, the lovestruck man finds little hope in winning David’s trust. On an adventure together, they discover some truth to the story behind David’s father, thanks to the help of Pinocchio, as they flash back to Pleasure Island many years ago. Amidst it all, David finds out while his father was flawed, he did in fact care greatly for his family, and in the end, dyed trying to reunite them.

In the meantime, Regina is trying to find some hope that Robin is somewhere inside the Robin Hood she brought home from the dreamland. Seeming innocent enough, the alternative version of Robin raises some red flags for Regina after Snow White warns Regina to be apprehensive. Sure enough, Regina finds for herself upon a kiss with the mysterious man from another land that he in fact is not Robin. Heartbreaking to the already broken Regina, the new question raised is who exactly is this man, and what does he want? 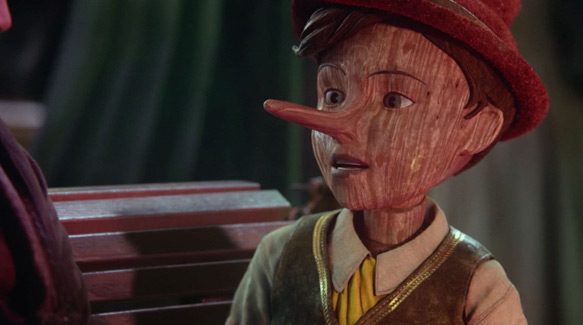 Of all the storylines that unfolded in Murder Most Foul, many things were learned, but so much is still foggy. For one, it is clear David’s father did die trying to repair his past mistakes to mend his family, but how he died is truly the tragedy that could serve present relationships damage beyond repair. Second, the Robin Hood from the dreamland is beginning to become more and more suspicious of having malicious intent. Could he be one of the many villains of the past in disguise coming back to haunt Regina and Storybrooke. Lastly, as the truth becomes more to light, will Hook come completely clean of past mistakes to truly show his love for Emma?

There are a lot of juicy sub-storylines being told and the tension is slowly building toward something truly big, but no one knows besides the writers. Beyond all the mentioned issues facing Storybrooke is the one that has plagued them all season long, the separation sleeping curse David and Snow White are trying to fight. There is no doubt that, in their time apart, the audience has seen a lot more of David than Snow White, and for these reasons have been given more connection to his character.

If one thing is certain, it is that the creators of Once Upon a Time continue to find interesting and clever ways to keep the plot of the series interesting. It should be even more compelling with the airing of Ill-Boding Patterns on Sunday, March 19th, when the tale of Beowulf will be interjected. Until then, CrypticRock gives Murder Most Foul 4 out of 5 stars. 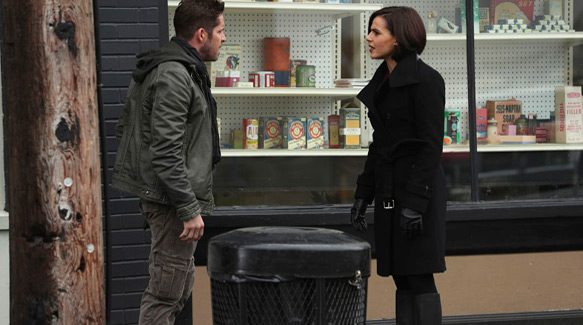