As tension begins to mount in ABC’s Once Upon a Time, various subplots found resolution in the latest episode entitled Page 23. Airing on Sunday, March 26th, the sixth season’s fourteenth episode sees Hook and Regina struggle with the villains they once were, deciding if they really deserve a happy ending. 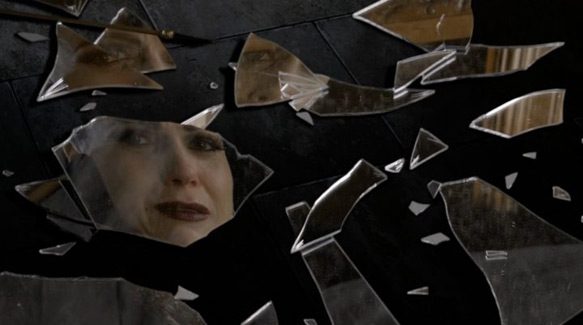 Picking up back in time at the pre-first curse Enchanted Forest, The Evil Queen is still on a rampage seeking her revenge on Snow White. In her terrorizing encounter with the villagers, asking for Snow White’s whereabouts, she reconnects with Tinkerbell, who reminds her of when she walked away from a shot at true love that night at the tavern, glancing in at the man with the lion tattoo.

Although enraged by Tinkerbell, The Evil Queen spares her life, but moves on to look for Snow White. The Evil Queen’s father, Prince Henry, lures her to a place where he promises she will find what she is looking for. Not at all what she bargained for, she turns the situation in her favor, morphs cupid’s love arrow into one to hunt out the person she hates most. Naturally, one would think it would lead her right to Snow White, but does it?

Meanwhile, back in Storybrooke, the present day Evil Queen is back in human form after being imprisoned as a snake for a short while. Seeking the help of the other-world Robin Hood, she uses him to lure her better half, Regina, to sever their connection once and for all with the Fate’s Shears of Destiny. This is all while Regina is trying to come to terms with her evil half and realizes that perhaps destroying it is simply not the answer. 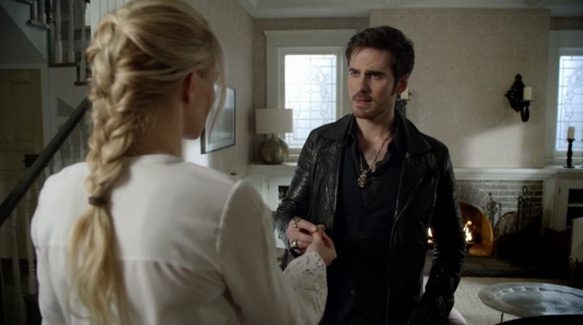 On the other side of town, Hook is fighting with himself about his past and being dishonest with Emma about it. Seeking the guidance of Nemo, in fear, Hook takes the wrong path and instead of being truthful with Emma, decides he wants to burn his memories forever. Emma, catching him in the act, is taken back and truly upset he did not trust she would forgive him. This is when Hook realizes that he is not nearly the man Emma deserves and runs off to the docks to speak with Nemo, but this time, with plans of joining the captain on his voyage to seek a better identity of himself. Will Hook run away, or come to grips with his past before his losses Emma forever?

There was a great deal of emotion wrapped around Page 23. First of all, the story of the two sides of Regina finally finds resolution. This has been a battle since the beginning of the series and one that only intensified when Regina decided to sever herself from her evil half. The lesson learned, one can not escape their past merely by trying to destroy it, they need to face it and forgive themselves. Such is the case with Hook, who is so deeply in love with Emma that he is trying so desperately hard to be the best he can, but allowing his past and fears overtake him.

There is still a tremendous amount of uncertainty surrounding Hook and Emma, but hopes are they truly do find their happy ending together. Throwing a monkey wrench in everyone’s storyline, Gideon is also still seeking out his vengeance. What will or will he not achieve in his quest to find his own tranquility? One thing is for sure, Once Upon a Time has clearly taught fans that revenge never results in satisfaction. Until the tale continues with A Wondrous Place at 8/7 central on April 2nd, CrypticRock gives Page 23, 4 out of 5 stars. 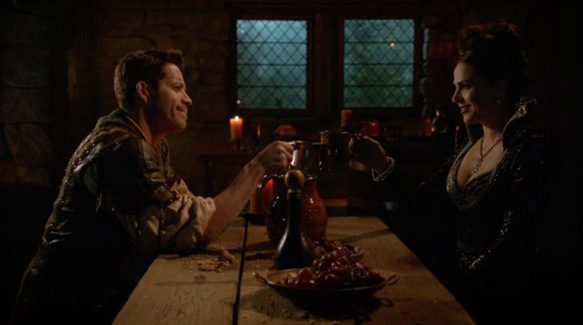