Without night, there is no day. Without dark, there is no light. And without song, there is no heart. Such is the case in the ponderous prelude to the Season 6 finale of ABC’s Once Upon a Time. Premiering on Sunday, May 7th, the episode entitled The Song in Your Heart sees the compelling hit series head in a unforeseen musical direction. 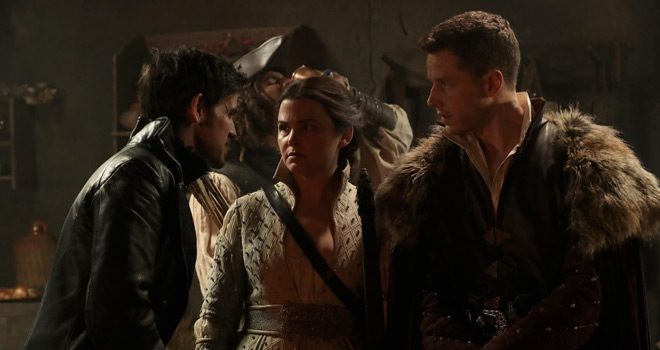 As stated, somewhat of a curveball in the writing and directing of the more adult-like series, the latest episode picks up years prior with Snow White and Prince Charming back in the enchanted forest. Awaiting the impending doom of the Evil Queen’s curse, Snow White is seeking for ways to protect their unborn child Emma. Out on the castle balcony, she makes a wish, suddenly a spell is cast on the land, where everyone expresses their emotions through song. From here, Snow White and Prince Charming break into a duet, using the power of song to defeat the Evil Queen.

Taking on a Disney musical quality, there are various other song and dance routines sprinkled through the episode – most notably, one Hook and fellow pirates dancing about a tavern, one with the Wicked Witch plotting to get back at her stepsister (the Evil Queen) while in Emerald City, and one with the Evil Queen creating her own dark magic in a sexy song.

While all pieces are choreographed and sung very well, the entire vibe was still a bit off for regular viewers who are used to more serious dialogue over the past 6 seasons of Once Upon a Time. That said, it immediately became evident that all the actors and actresses involved in singing, did so with their own voices. Studio quality renditions, standouts include Rebecca Mader singing “Wicked Always Wins” as Zelena and Jennifer Morrison’s “Emma’s Theme” in Emma Swan’s epiphany. 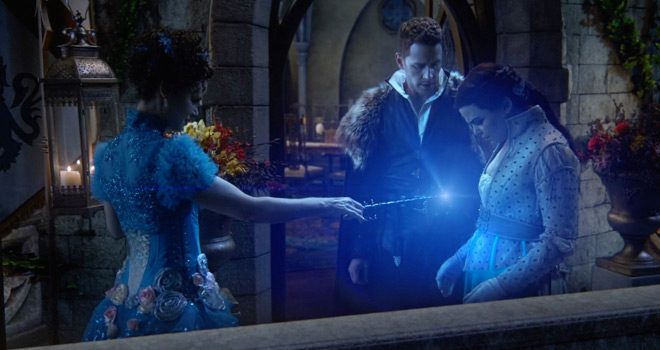 Meanwhile, back in the reality of Storybrooke, everyone is waiting for the new curse by The Black Fairy to be cast. Hoping for their own happy ending, residents of the town prepare for Emma and Hook’s wedding, but not without The Black Fairy looming in the backdrop. In fact, The Black Fairy arrogantly just demands Emma hand over her heart to her rather than waste her time in battle.

While it seems as if Emma has met a tragic fate, and perhaps is at the end of the line, the underlying theme of song makes her realize she does not need to head into the final battle alone. With these mixed emotions flying around between a horrid curse, sing alongs, and finally getting to see Emma tie the knot with Hook, there is one thing certain, the final battle is still imminent.

Certainly a different episode for the cast and crew of Once Upon a Time, The Song in Your Heart pays homage to classic Disney films of the past. This in mind, amidst all the fluffiness, everyone may have forgotten something sinister as the faceoff between Emma and The Black Fairy looms.

While it seems as if the writers of Once Upon a Time are preparing to put a bow on the series and let it sail into the sunset, there have been strong rumors in recent weeks it will in fact return for a seventh season. A delightful perspective for viewers, the kick is Ginny Goodwin (Snow White), Josh Dallas (Prince Charming), Jared Gilmore (Henry), Emilie de Ravin (Belle), and Rebecca Mader (The Wicked Witch Zelena) are reportedly not returning. Key characters throughout the story, it will be quite hard for fans to accept their departure, but it will be interesting nonetheless to see where the series goes, should it continue.

With these potential final goodbyes pending, the final battle promises to be everything fans could hope for. Scheduled to air on Mother’s Day, Sunday, May 14th, at 7/8c, it is fittingly titled The Final Battle. An epic 2-hour season finale, fans are on the edge of their seat awaiting the outcome. Will evil prevail, or will Storybrooke carry on? Until then, CrypticRock gives The Song in Your Heart 4 out of 5 stars. 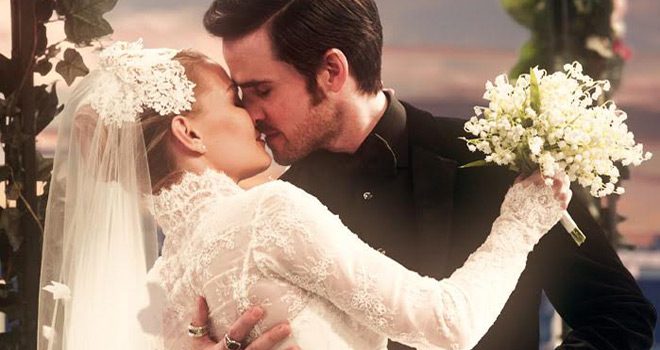