Following a three month layoff, ABC’s Once Upon a Time finally returned on Sunday March 5th with the eleventh episode of the season, Tougher Than the Rest. Flashing back to December 4th, the last time fans saw their beloved characters Emma and Regina, they were trapped in a fantastic version of reality in the episode entitled Wish You Were Here. An interesting turn of events, the plot twisted in the final moments of the midseason finale when Robin Hood makes his epic return. Could this inevitably mean the return of Robin Hood or is the dreamed up version of the fallen hero only an illusion? 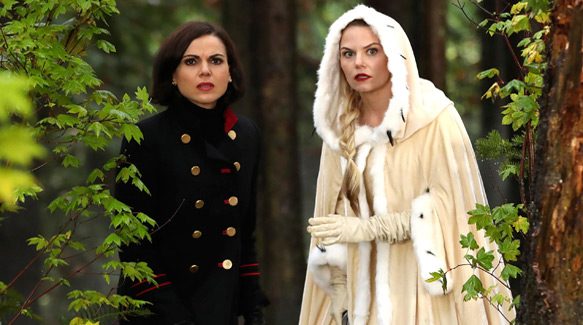 All these questions and more are answered in Tougher Than the Rest. Picking up with a flashback to many years prior, the audience watch a young girl and young boy sitting outside by a fire talking about life and finding themselves. The girl appears lost and unaware of who she is and the boy offers words of guidance. At the end of the opening segment the pieces to the puzzle come together and it is revealed the young girl is in fact Emma Swan, but who is the boy?

From here the episode flip flops from drama in Storybrooke as well as in the Wish Realm. In Storybrooke, David and Hook are working to find a way to rid the town of the murderous Gideon; Belle and Rumplestiltskin’s son from the future coming to Storybrooke to kill Emma and claim himself the savior.

It ends up Gideon was held captive by the Black Fairy who tried to turn him to darkness. Encountering younger version of his parents in Storybrooke, he explains to them he resisted the darkness of The Black Fairy. Despite such, Gideon admits he still has all intention of killing Emma to retain his rightful place as savior to stop The Black Fairy’s evil intent once and for all. 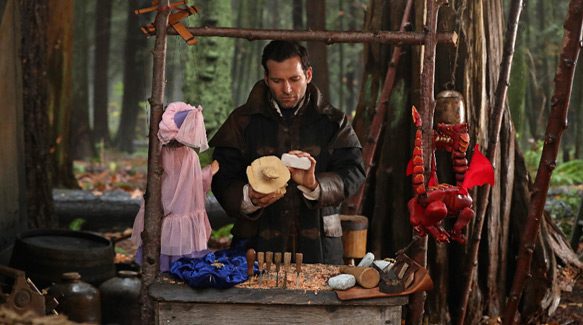 Looking back on the story, Belle in fact had visionary dreams of an older version of her son warning her about Rumpelstiltskin. In addition, in prior episodes, we learned that Gideon was in fact destined to be a savior, but Rumpelstiltskin, still selfish, plans to sever this faith from his son with the Shears. Now faced with the harsh reality of his actions, Rumpelstiltskin has once again caused Storybrooke a major problem.

Meanwhile, back in the Wish Realm Emma and Regina are desperately finding a way to return to Storybrooke. With the fantasy version of people seeking out Regina as the Evil Queen, it dawns on Emma to seek out the assistance of Pinocchio. Earning the trust of Pinocchio she asks him to build a magical portal, aka “magical wardrobe,” so she and Regina can return home. A good plan, there is only one problem, Regina is still heartbroken over the death of her love Robin Hood and is drawn to the hope of the fantasy version of him. Amazingly this alternate universe Robin Hood is equally drawn to Regina, even though he has no idea who she is beyond what he sees. Will Pinocchio succeed in helping them get home, but moreover, does Regina dare try and take this Robin Hood with her?

An episode filled with a ton of emotion, the audience can feel the pain and hopes Regina does. In addition, there is no denying fans of the series are cheering for the possibility of Robin Hood’s return and the rekindling of his love with Regina. An extremely likable character, his demise in Last Rites seemed almost too abrupt of an ending. Wrapping the story of Once Upon a Time’s return up nicely is that the young boy talking to a young Emma Swan all the way back when was actually Pinocchio aka August. Delightfully, Emma returns the favor to her friend in Tougher Than the Rest, as the writers cleverly tie in the metaphor of Children’s Fairytales, The Ugly Duckling.

There is still much to be uncovered as season six of Once Upon a Time moves forward. Continuing on Sunday March 12th with Murder Most Foul, the battle of good and evil continues as the creative team behind the series keeps the storyline compelling. Until the next chapter, CrypticRock gives Tougher Than the Rest 4 out of 5 stars. 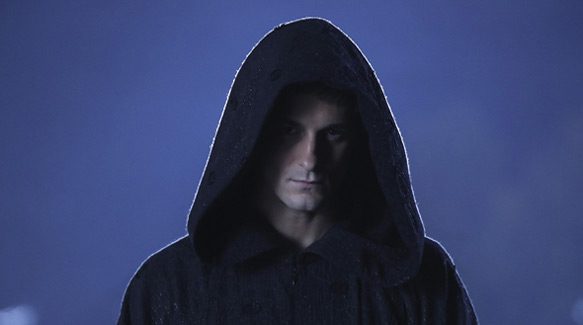