Vallenfyre – Fear Those Who Fear Him (Album Review) 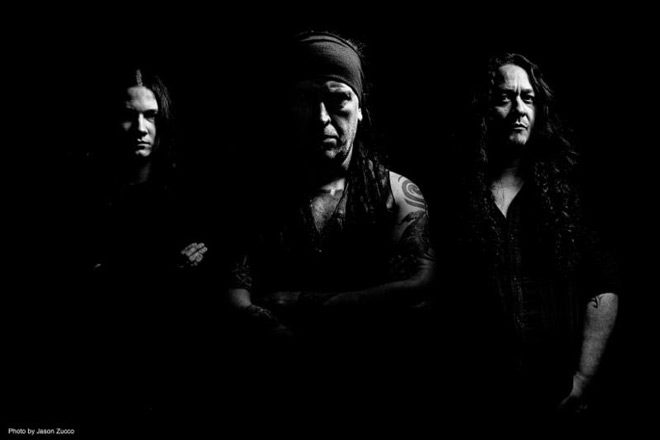 For those who follow UK Doom pioneers Paradise Lost, a bit of a monster has been brewing since 2011; a monster that erupted out of the very heart and soul of legendary Guitar Player Gregor Mackintosh, and that monster is known as Vallenfyre. Borne from the ashes of the man’s own grief at the loss of his father, what began as catharsis has metabolized into a pretty solid career path. Now onto album number three, Vallenfyre spits forth Fear Those Who Fear Him boldly into a world already chock full of Death Metal bands and Death Metal albums.

With the backing of Century Media Records and the pedigree Mackintosh bears, the album is guaranteed to get a lot of attention. The question becomes and remains: what kind of mark will such a product make in an already overwhelmingly crowded scene? Is this just another supergroup recycling their youth, or are Vallenfyre a force unto themselves?

One glance at the bleak cover art, with its black and white motif and filthy skull, shows the band seeking no points for beauty over bleakness. Prior experiences with 2014 album Splinters and 2012 debut A Fragile King show a band adopting and espousing the old, dirty Swedish Death Metal sound of the ’90s. Advanced by the likes of Dismember, Nihilist/Entombed, and Grave, it is a sound that, despite its years, remains sought after and much appreciated. No slick, clean, triggered exercise in Pro-Tools here. These vets are most certainly opting for grime over glamour.

The aforesaid Mackintosh is joined on guitar (also bass duties) by former My Dying Bride Axe-man Hamish Glencross and Drummer Waltteri Väyrynen. Fear Those Who Fear Him was produced in Salem, Massachusetts, a setting fit for all things macabre and haunting.

Released on Friday, June 2, 2017, what the listener gets with Fear Those Who Fear Him is a charnel heap of battering riffage guaranteed to scratch that Death Metal itch. The hectic pace of proper opener “Messiah” blurs into mid-tempo stomper “Degeneration” with nary a gulp for air. Complete with tension-stacking build-ups and satisfying pit-inducing troughs, it is a strong start indeed. When they do slow it down, as on the crushingly oppressive “An Apathetic Grave,” Vallenfyre throw in some interesting guitar tones and leads over top the grimness, dressing up the doom with a bit of ghostly flair. In the end, the song comes off a bit too plodding, but that might simply come down to a matter of personal taste. One person’s plodding is another person’s doom itch being scratched.

“Kill All Your Masters” has a filthy shine all it own, with a Punk-like arrangement for maximum ferocity. Its one of the better couple of minutes on the album. The 2 minute blast of “Nihilist” seems like a tribute to the embryonic version of Sweden’s Entombed, but fails to really get under the skin, while the 40 second rumble of “Dead World Breathes” appears to be something in between, sort of Grave meets Repulsion. To condense a song to 20 seconds shy of a minute, the average listener is going to expect either a lesson in hyper-blast or some other type of dynamic requiring abrupt cessation. This song begins as the former, but instead sort of peters out to an unceremonious end.

A curious choice, the album nevertheless pulls the listener forward with the much more compelling start to “Soldier of Christ.” This one rips the way Napalm Death rips, the riffs repeating alone in a vacuum created by a pause in the rhythm section giving way to neck-snapping speed and a well-wrought guitar solo or two. Here is the vibe that Vallenfyre seems to be searching for, where their sonic elements coalesce into that dirty, Groove-laden Death Metal soup that is their wheelhouse.

“Cursed From The Womb” is another crawling number, the tempo as slow as the decay of time in a sealed tomb. Around the 4:3o mark, the vocals over the creeping riffs make for a deliciously dreary march. Vallenfyre returns again to this slower formula on “The Merciless Tide,” remaining slow until a very Morbid Angel-like set of leads around 3:45 into the song.

The overall feel of Fear Those Who Fear Him is that Vallenfyre exists to pay homage to the old Swedish sound, and for the most part the exercise in well-trodden Death Metal is not a bad one. The production serves the Brits well; that thick, ropy bass-tone by itself is enough to make Shane Embury’s heart go all aflutter. All in all, this album is going to offer a fun diversion into the realms of old, but apart from “Degeneration” and “Soldier of Christ,” it ultimately leaves the listener primed, but still wanting. That said, it is hard to ignore the experienced, air-tight musicianship gift-wrapped in roughshod filth afoot on Fear Those Who Fear Him. CrypticRock gives this album 3.5 out of 5 stars. 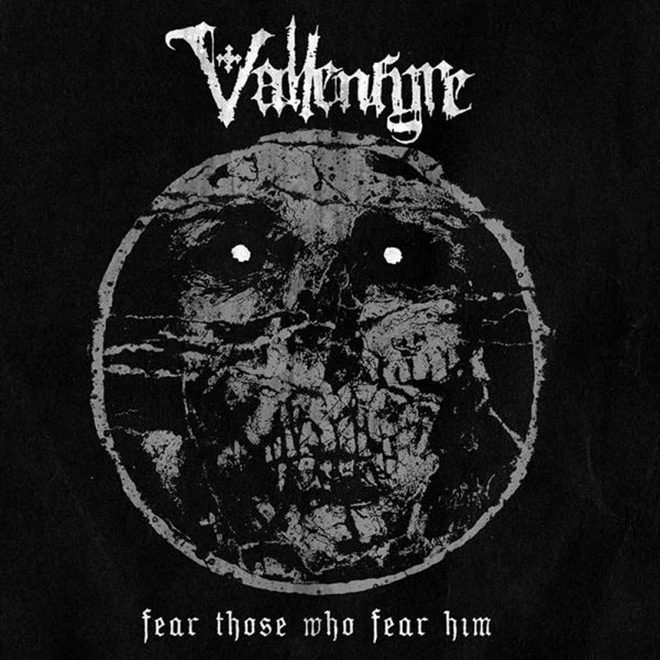