In The Valley Below – Elephant (EP Review) 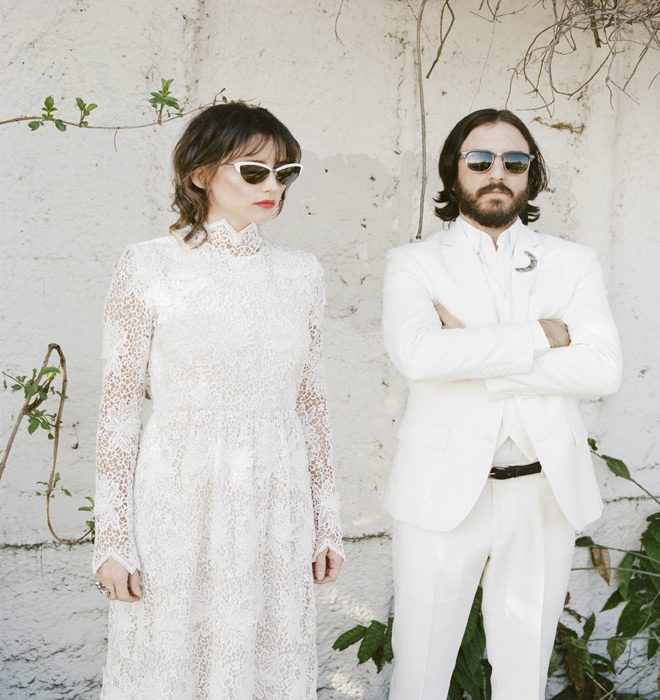 In recent years there has been a resurgence of exciting Pop music breaking its way into the mainstream. Rising from the ashes of a time where Pop was quite disposable, thanks to Alternative leaning rising stars such as Night Riots, The Griswolds, and Magic Man the scene is rejuvenated. That said, transcendental and full of light energy, the duo known as In The Valley Below are among those involved in the movement who are well worth mentioning.

Consisting of now married couple Angela Gail and Jeffrey Jacob, the two originated back in 2011 within their one bedroom apartment in the restless city of Los Angeles, California. In more recent years, they have relocated to the much more calm and less populated city of Grand Rapids, Michigan, setting up home in a 93 year old house they purchased.

What does this all matter? Well, this is where they constructed a studio in their basement to record their latest piece of music, Elephant. A follow-up to their successful 2014 album, The Belt, which featured the single “Peaches.” Climbing charts all over the world, In The Valley Below would go on to tour Europe, appear on The Late Show with David Letterman, and reach colossal heights beyond their once confined Los Angeles apartment.

Set for release on July 14, 2017 via  ADA-distributed Indie Bright Antenna, Elephant is a 5-track EP filled with upbeat mesmerizing melodies and tunes, packed with fresh energy to move your feet. Starting it off with a steady beat, the single “Bloodhands (Oh Fever)” has a hook that will have listeners wanting more. Accompanied by a recently released music video, the song is soothing yet haunting, like a meditation, while the lyrics and combinations of sounds complement one another perfectly. Then comes “The Pink Chateau” with more of an astronomic, out of this world feel. Here, Gail’s voice is smooth and soothing, pairing perfectly with Jacob along the middle after the break.

Leaving the audience at a sudden one note stop, number three on Elephant is “Hold On Tight.” The slowest song of the bunch, it is soft with a dream like quality, swaying the listener with every word sung. Then, with a more suspenseful tone, comes “Break Even.” With a taste of the ’70s Disco, it hits the spot with instrumentation that is fun and memorable. Just as memorable, closing cut “Elephant” slows it down once again with a softer beat and rhythm. Like a lullaby soothing one’s anxieties and reaching even down into the soul, it is a feel good piece full of comfort.

Keeping love light with their tunes, and taking it deep with their lyrics, In The Valley Below do a fine job with Elephant. Hitting the airwaves and making a name for themselves with “Peaches,” Elephant as a whole is an exceptionally high energy and inspiring piece. Additionally, the band is currently playing shows all throughout the United States starting July 13th and ending August 22nd, so checking them out live is a must. Cosmic and adventurous, CrypticRock gives Elephant 4 out of 5 stars. 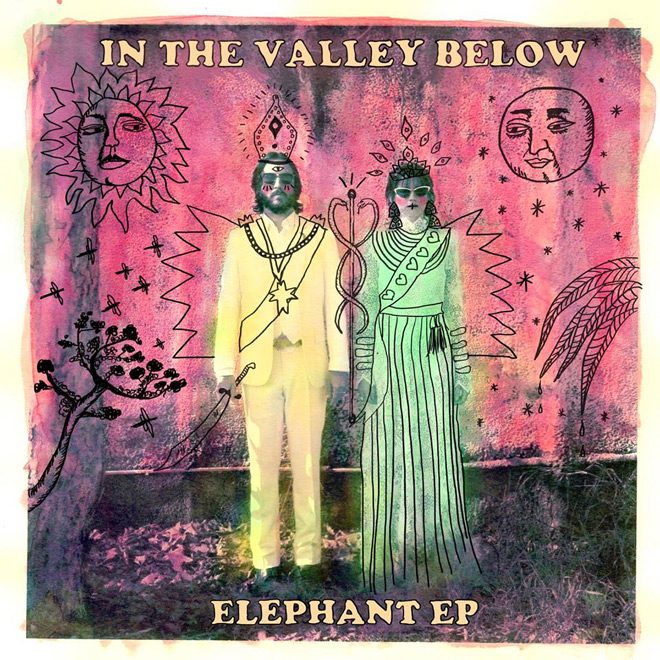