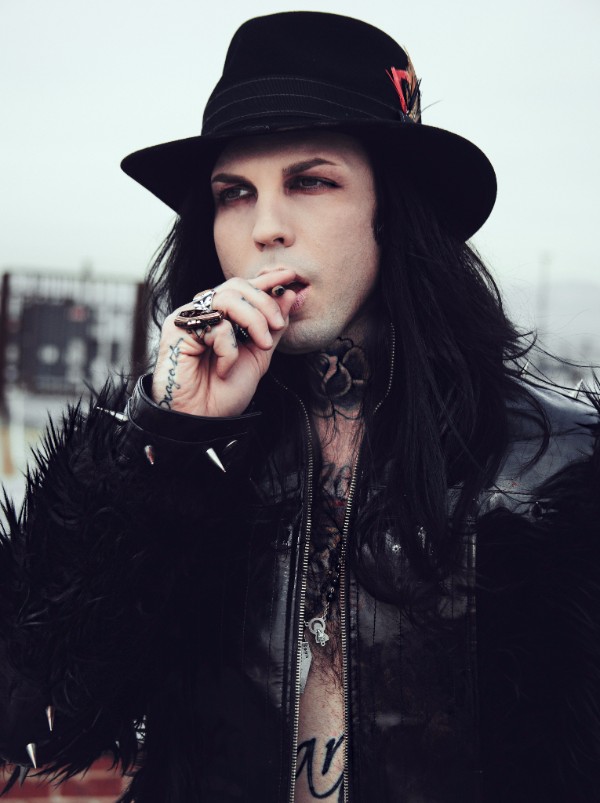 Ambitious and introspective, creating music from the soul is truly an achievement. For the band known as Vampires Everywhere, characteristics such as these certainly come into play, showcasing pure talent and dedication. Courtesy of the essential 1987 Vampire flick The Lost Boys, the group derive their name by taking the title of a Comic Book found in the movie, entitled Vampires Everywhere!; a series all about Vampires and how to kill them. Come together in 2009, this Los Angeles, CA band has seen a plethora of members and musical influences, but has always been lead by found Vocalist Michael “Vampire” Orlando.

As an ensemble, they have released a moderate discography, working with successes such as Scott Hanson, who has mentored for talents along the likes of A Day To Remember and A Skylit Drive, while also touring with groups including Escape The Fate, Black Veil Brides, Eyes Set To Kill, plus playing the entirety of Vans Warped Tour in 2012. Since then, the demand for more dark and Post-Hardcore songs went up, as the group gained even more recognition. Now, just seven years later, Vampires Everywhere is back with another full-length album, entitled Ritual. Released on March 18th, Ritual marks their first since 2012’s Hellbound and Heartless, many had wondered if they would hear from the band again. Thankfully, due to the perseverance of Michael Vampire, Ritual sees the light of day and could turn out to be the band’s most complete effort to date.

Kicking their restless audience back to their feet, Ritual starts out with an eerie intro, only giving a taste of what is yet to come. Putting a twist on classic Hard Rock, Vampires Everywhere puts a tradestamp on the genre. The next track, “Perfect Lie,” lets listeners dive right into the madness. The song features a soft spoken electronic beat with raspy vocals, and an overall bone chilling composition. The album transitions with an interlude, highlighting piano, and a sinister violin counterpart.

With another uncanny tone, “Violent World” plays next. This track is about how cruel living can actually be. From start to finish, the vocals correspond with the ungodly instrumentations to present an additional cleverly written piece. The next song off the album, “Black Better” was the first to be released early December, breathing life back into their impatient listeners. Blending classic Hard Rock vibes with futuristic background percussion, this track has an overall bite to it, being about betrayal and the destruction that it brings.

The first official single to be released from Ritual early 2016, just so happens to be a cover. “Take Me To Church,” originally written and performed by Hozier in 2014, is a well known and loved song by many across all musical spectrum. Now with a twist, Vampires Everywhere makes it their own, featuring guest vocals from Chelsea Grin’s Alex Koehler. Initially with a Gospel feel, the song now has menacing prelude followed by a Modern Rock-n-Roll and Metal median.

“The Ghost Inside My Head” brings a shift to the album, showcasing a new and fun side to Vampires Everywhere. The song is transformed with an upbeat tempo and richly textured vocals, highlighting the well written lyrics and instrumentals. The track returns back to its forbidding roots towards the climax of the song, which features a rich guitar solo, and then dies back down with a piano outro. Up next, “Truth In You” brings a sound that lives up to the hype of Ritual. With lush melodies, the song is sure to grab attention and raise the bar for upcoming tracks.

Picking up the tempo, “The Demon Inside M” is another haunting track featuring heavy vocals while merging the unsettling feelings of the whole album together. The song creates the feeling of angst and hostility, leaving listeners overwhelmed. Sticking with the fast tempo, “Lives” is a catchy and well mastered track, putting a spotlight on a frantic guitar solo, with seriously riveting lyrics, and passion filled vocals. Closing the album out with “American Nightmare,” Vampires Everywhere has truly outdone themselves. A perfect way to end a successful record, this track fully immerses listeners into the thrilling conclusion of Ritual.

Showcasing an array of talents, and bringing an aspect of Rock not too often found, Vampires Everywhere has truly given another taste of what they are made of. Leaving listeners wanting more, this group has definitely grabbed hold of a surrounding audience and demanded to be heard. With a steady platform, this band is sure not to fall, always coming back stronger than ever. CrypticRock gives Vampires Everywhere’s Ritual 5 out of 5 stars. 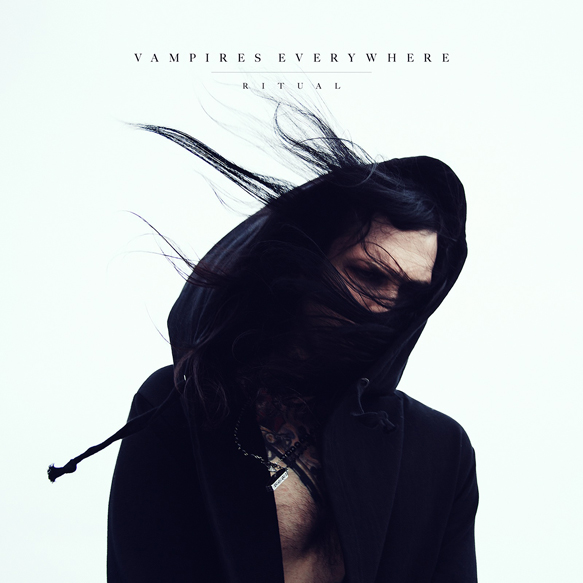