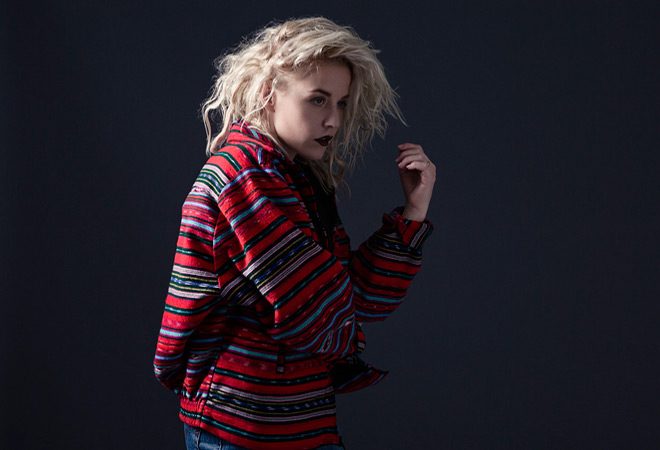 Siberia is the land-between: part Russian territory, part Nothern Asia, and one of the most sparsely populated regions on earth; it is a massive, mountainous terrain that is wild and free. For one Swedish artist, Vanbot, exploring this land via the Trans-Siberian Railway led to artistic inspiration and her newest album, Siberia, which arrives on April 7, 2017, thanks to Lisch Recordings and Sony Music Sweden.

Vanbot is the pseudonym of Ester Ideskog, a Swedish Singer-Songwriter who performs some seriously chill and relaxed synth-driven Electropop/Scandipop music (The latter is a portmanteau for Scandinavian Pop, yes). Often times compared to fellow Swedish artist Robyn, Vanbot released her debut, self-titled album in 2011. The album had a commercial impact and her single, “Got To Get Out,” was listed on the the MTV Buzzworthy Blog’s “5 Must-Hear Pop Songs of the Week!” in February 2012. She would also go on to perform at the 2012 SXSW. Her sophomore effort, Perfect Storm, followed in 2015.

Vanbot’s third release, Siberia, is a collection of songs that was born out of the need to flee the banal, the everyday. On an impulse, Vanbot literally took to the rails: she set off on a personal and musical adventure along the Trans-Siberian Railway. Along with Producer/Mixer Johannes Berglund (who has worked with The Knife and Lykke Li, among many others) and Composer/Musician Petter Winnberg of the Swedish band Amason, Vanbot and co. set out on a seventeen-day journey from Moscow to Beijing where they wrote and recorded Siberia. Yes, the album was recorded entirely on the Trans-Siberian Railway. Vanbot explains: “I was almost obsessed with the idea and attracted to the contrast of the isolation of the train car yet at the same time being in constant motion. The limited technology yet working with crystal clear focus, what is taken away and what emerges when you peel back the layers and break things down.”

Some sources suggest that “Siberia,” the word, originates from the Siberian Tatar people and their term for “Sleeping Land,” or “Sib Ir.” It is a perfectly fitting title for this dreamy collection of eleven serene, dreamy tracks. It is a unique concept that we can literally follow along with Vanbot’s travels, as each of the album’s tracks is dedicated to a location along her railway route. As such, Siberia begins with “Not That Kind (Moscow), fraught with glittery atmospherics and Vanbot’s angelic vocals. Her poetic lyrics dance along her tongue: “Not that kind / Meet me in five / Get lost and found / To float not drown.” If you close your eyes, it is easy to see the countryside flying past the train’s window, forging our musical threesome forward and into “Stay With Me (Perm).” While the recurrent background sounds on the track often sound like a videogame or slot machine, the song is an overall hypnagogic, beautifully celestial nod to relaxation music.

“Yekaterinburg” is a sonic trip through the clouds. Though it lacks vocals, the track perfectly continues the ethereal vibe of the album. The seriously chill, relaxed tempo continues on “On The Fly (Omsk).” With a beautifully artistic video featuring two truly talented interpretive dancers, “Collide (Krasnoyarsk)” is the first single/video off Siberia. “We collide then walk away,” Vanbot repeats in one of the album’s most uptempo tracks, an emotional tribute to the push and pull of relationships.

There is a slight Folk undertone to “Hard To Get Used To (Baikal),” perhaps thanks to what sounds like a banjo in the mix. One of the album’s standouts, “Fiction (Listvyanka),” takes Vanbot’s sound and amps it up several levels to create a cinematic masterpiece of sound. Here, the multi-layered sonics place your mind in the middle of a pinball machine, or, perhaps better-stated: this is your brain on Pop Rocks and Coke.

Ulan-Ude is a city in Eastern Russia chock full of Mongolian influences, as well as the third largest city in Siberia. As Vanbot continues her journey, now through this city, the downtempo EDM of “Louder (Ulan-Ude)” is another standout track with perfectly understated background vocals by Winnberg. She follows this with “Wasted (Terelj),” which perfectly reflects the tranquil atmosphere of the Mongolian hotel and spa of its title; it is yet another relaxing, glittery, sonorous aphrodisiac.

As our journey winds through Mongolia, it is worth noting that, while in this region, Vanbot and co. spent several nights sleeping in traditional tents (Gers), out in the wilderness and four hours from the nearest civilization. Vanbot explains: “In this area, people are nomads; horses, sheep and cows roam freely and eagles fly high up in the air. The overall symbiosis between man, animal, and nature made a huge impression on me.” During the trio’s time in Ulan Bator, the region’s capital city, they shared a music session with two traditional Mongolian musicians; the samples from this session would become the basis for a new song. With the repeated refrain, “I can’t get close enough,” “Close Enough (Ulan Bator)” is a definite stand-out track on Siberia. A beautiful exploration of overcoming emotional distances, “Close Enough (Ulan Bator)” is the album’s second single.

Siberia rolls to a close with “Stuck In Between (Yak – Moscow),” where a sonic chugging of the train blends into a slight Folk feel. Overall, this is a track that sounds like a sonic exploration of the fairy mounds, the land between reality and fantasy. “We met many new people who fearlessly opened up about personal experiences; probably because we’ll never meet again,” Vanbot explains. “We were told many stories about the reasons for being on this train. One person said to me: ‘I guess we’re all leaving something, I guess we’re all searching for something.'”

It is infinitely true that we are all on our own journeys, searching for that elusive something. Siberia is simply one journey but a beautifully haunting, truly inspiring downtempo trip. In fact, it is an album that one does not so much hear, as feel in the heart. Vanbot’s music is not overflowing with endless lyrical twists, overstuffed to the gills with examples of her intellect or sense of humor, no; she creates music that feels good and sets an overall mood. Siberia is a beautifully relaxed journey through the human heart, as well as a wild, picturesque land. Not every album you hear has been recorded while in motion, traveling the tundra, and for this truly unique and splendid journey, CrypticRock gives Vanbot’s Siberia 4 of 5 stars. 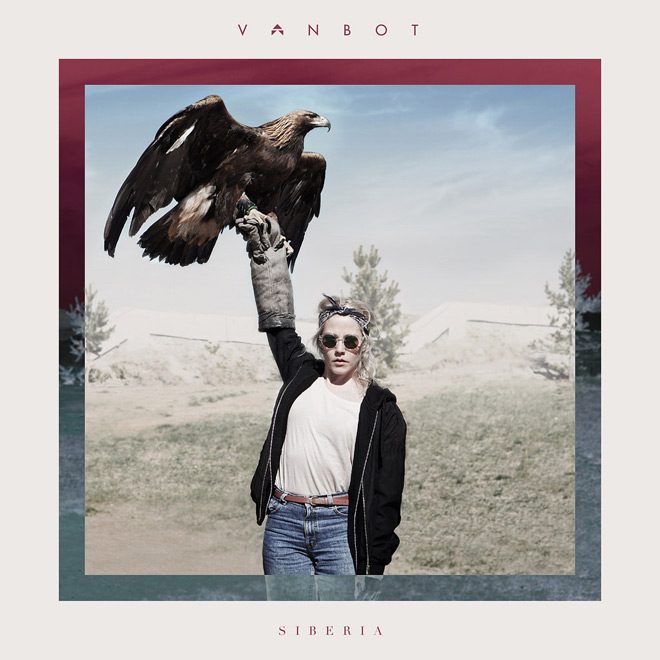 Vanbot was also accompanied by Swedish Cinematographer Pia Lehto and TV Producer Frida Åberg on her Trans-Siberian Railway journey, and a documentary about the project is in-the-works. Stay tuned to VanbotMusic.com for much, much more.