Exploding onto Blu-ray/DVD on February 24th 2015, VANish is the debut Horror/Thriller Movie released by Grizly Films. Filmed in both Mexico and Llano, California, the Cinematography by Colby Oliver (Zedd 2014, The Other Side 2014) utilizes small aspects of outdoor scenery efficiently as most of the movie takes place inside a mechanic’s van ,which becomes the instrument of a number of horrific events. Written, directed, and produced by Bryan Bockbrader (Maniac Cop 2008, Ron and Laura Take Back America 2014), the diverse filmmaker also appears in the film as the psychotic unbalanced Max. Adding intrigue to audiences, respected actors Tony Todd (Night of the Living Dead 1990, Candyman series) and Danny Trejo (Dusk Til Dawn series, Machete Kills 2013) make appearances in the film, complimenting a talented cast of actors. 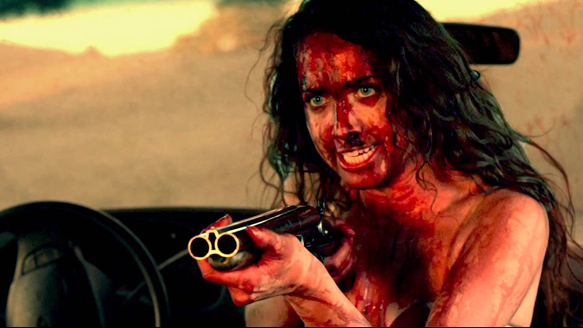 Jack (Austin Abke) and his friend Max (Bockbrader), are making small talk while driving along in Jack’s fathers work van. Jack receives a phone call from his ex-girlfriend Jasmine (Denise Dorado: Ditch Day Massacre 2013), who wants all his stuff out of the apartment now. Jasmine is still grieving for the loss of her boyfriend before Jack who was brutally killed by a car jacker, which Max has no problem discussing. Unfortunately, they have other more sinister plans. Jack and Max drive up to a large home, put masks on their heads, beat someone who tries to stop them and kidnap a young woman named Emma (Maiara Walsh: Cory in the House 2007, Zombieland 2013). Emma is thrown into the van after being tied up and forced to sit next to Max, who is a disagreeable person. Jack, a former military man, picks up his friend and fellow soldier Shane (Adam Guthrie: Flagged for Removal series) to assist them. Max does not like Shane and strangely thinks he is unbalanced. Despite this Shane does join the group and they film a video to send to Emma’s father requesting five million dollars ransom. 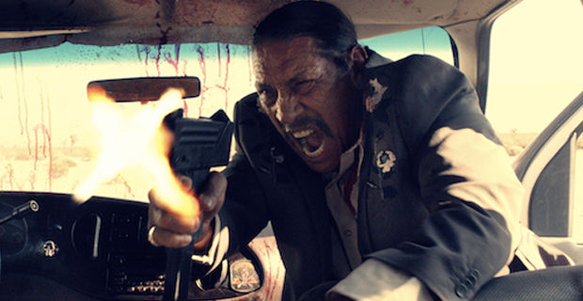 Max and Shane niggle and snipe at each other the entire trip which results in a lot of arguments that Jack has to break up. Emma soon thinks that perhaps the trio are more messed up than she could have anticipated and this may be the key to her escape. As the time passes they make their way to the drop site but opt to stop at a motel to rest. What happens that evening in the van changes the course of events and seals the fate for everyone involved. The group start encountering some fierce challenges and the once clean van becomes covered in layers of blood. As the meeting time grows closer it is not clear who exactly will make it to the drop site. While Emma is tough, determined, raw and sarcastic it becomes obvious that there is much more to the kidnapping. No one can be trusted as each character has their own baggage and troubled past, and when they intertwine with each other it is an explosive mix. Tension builds as the group are on the run from the Police, each other, and Carlos who stops at nothing to get Emma back and exact revenge. Layer by layer the truth is revealed, but will Emma have the strength to keep fighting for her life no matter what happens? 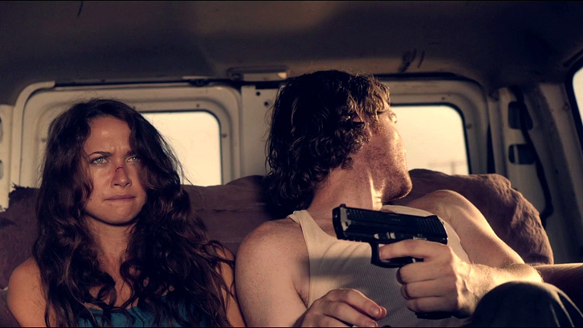 A truly brilliant story with plenty of energy and impact, VANish also touches on the tensions that underlay relations between America and Mexico. The dark humor that is scattered throughout the film, including the conversations between Emma, Jack, Max ,and Shane add a great deal of depth and intensity to the movie. Walsh does an excellent job of portraying Emma by slowly revealing the complex levels of her character’s personality. Todd’s cameo as the cop is highly entertaining and adds to the grim tone that is sprinkled through the rest of the film. Special effects by Richard Cole (Volcano 1997, Underworld: Evolution – Inside the Action 2006), Dimiitri Timohovich (Team America: World Police 2004), and Jefferson Wagner (Underworld: Evolution – Inside the Action) are simply incredible. In fact, they have a way of making the viewer feel like they should be covered in blood. Most of all, the audience will not see the twists and turns coming, and should refrain from becoming attached to any character. The film was amazingly filmed in just thirteen days, which is quite an achievement considering the complex plot with deeply twisted characters, and surprises at every turn that accompanies non-stop intensity. Action-packed from beginning to end, keeping the viewer on the edge of their seat, this is a must watch movie splattered with plenty of epic blood and gore, making Bockbrader one to keep an eye on. CrypticRock scores VANish 5 out of 5. 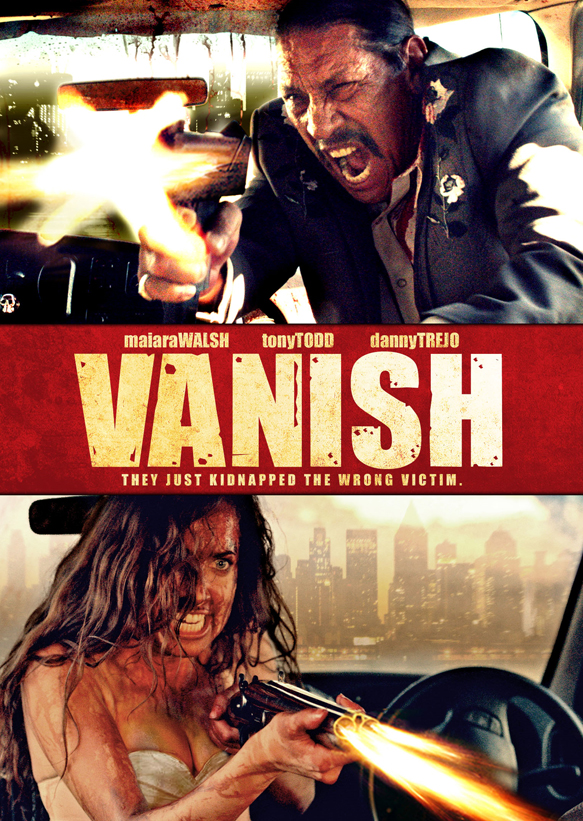 Purchase VANish on Blu-ray/DVD on Amazon