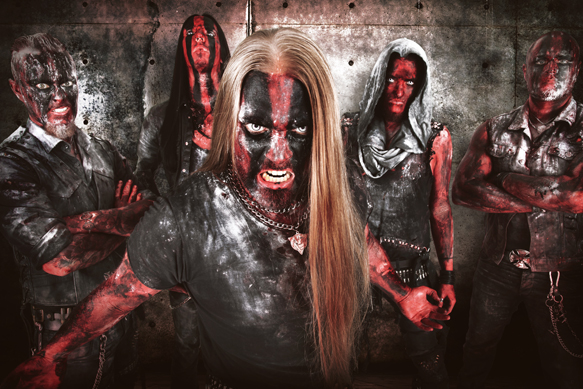 To be a political band is to be prepared to take a lot of heat for what one believes in. It is a hit or miss with most, although, some succeed with great outcomes. One of those triumph in separating themselves from the political nonsense of society are the Metal band rising from Corburg, Germany by the name of Varg. Together now over a decade, Varg is a band that takes a strong stand against the notion their music projects any political ideologies. While this may be true, the band does also proudly stand for an anti-racist and anti-fascist view of the world.

First making an impact with their 2007 debut album, Wolfszeit (in English, Time of the Wolf), they followed up with four more full-lengths, including their most recently entitled Das Ende aller Lügen, or as released in English, The End Of All Lies. Marking their second release with new label Napalm Records, the first being the 2015 EP Rotkäppchen (in English, Little Red Riding Hood), Das Ende aller Lügen was released on January 15th internationally. Interestingly, the band opted to record the album in both their native German language, as well as English. With that said, it could be one of the band’s most unexpected albums to date.

Starting on a powerful note is the simple track “The Great Dictator,” which is speech performed by Charlie Chaplin taken from the 1940 film by the same name. Then comes in the album title-track, which sounds very reminiscent to bands of the caliber of As I Lay Dying. Vocalist/Guitarist Freki informs, “The time has come to rise!” in this emotionally charged cry of resistance. After that is the song “Revolution,” which shows off Varg’s ability to craft a world of creative riffs that take the listener straight from their comfort zone. More along the lines of Metalcore, it could be viewed by some listeners as a brutal homage to bands such as Unearth. On the more melodic end is dark and melancholic “Streyfzug” that collapses into pure bliss of heaviness. Lyrically, the piece is about joining the voice of up-rise and standing up for what one believes in.

Moving on to “Achtung (in English, ‘Danger’)” Varg show diversity with laying down a very Classic Rock vibe. The chorus screams “Act up” in a heartfelt demand to change in society, a vital message consistent throughout the album. In contrast to the song title, “Darkness” is a highlight of the record and the soaring double bass of Fenrier blows through like a massive storm. With an epic chant resonating in the background, this song is a must listen. Begun as in the fashion of a children’s lullaby, “The Dance of Death” features a guest appearance from Elueveitie’s Anna Murphy. Adding a wonderful dynamic with Murphy’s voice, the song is a bitter look into the decay of modern society and is a real eye-opening recount.

Probably the most brutal song of the album comes with “Einherjer.” It is a sly mix of epic sound effects with nothing but the best tone of Heavy Metal thrown in. In addition, a creepy synthesizer affected chorus shows off the unique style of Varg. Keeping the listen interested, “Winterstorm” shows off more double bass talent of Fenrier. Although the track is called “Winterstorm,” the storm that is described seems to be the storm that resides in everyone internally; the storm of change and revolution. As the track slows down, “follow the sun” is sung and thus breaks into an all out beautiful guitar solo. Saving the best for last, “Rain of Ash” is a more mellow song that dignifies the band’s greatest abilities. Here, they channel a dark, but inviting sound and haunt listeners with words such as “the past is made for eternity.” 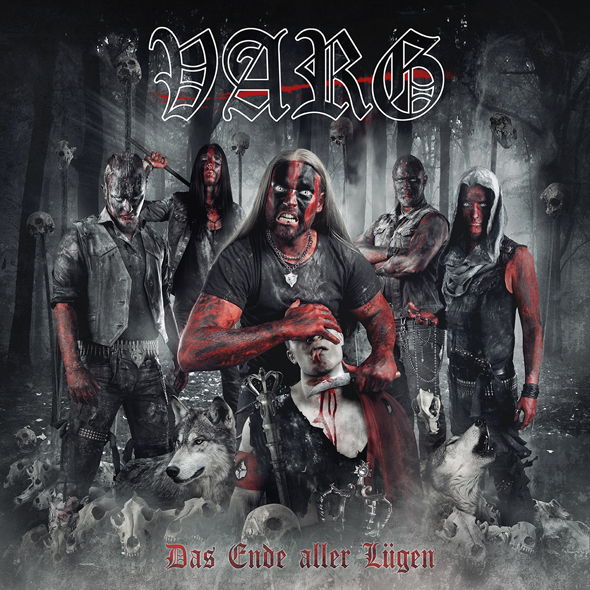