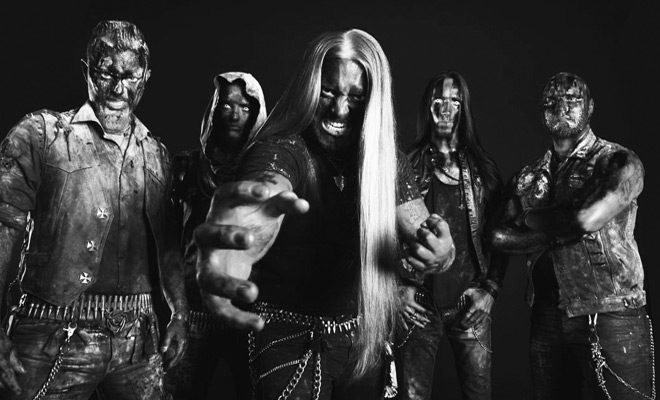 Founded over a decade ago, Germany’s Varg are a Metal band on a mission. Begun purely as a Pagan Metal act, creating songs with German lyrics, their name is lent from the Nordic mythology which means wolf. Highly talented, Varg has not been without criticism in the German press due to their image. Of course, one could quarrel over the band’s wolf-image, but concentrating on the facts, it is impossible to deny their musical success and their effectiveness as an overall band. In fact, their 2016 album Das Ende Aller Lügen reached the Top 20 of the German Album Chart.

Taking a strong stand against the glorification of Nazi Germany, the self-proclaimed Nazi hunters are back in 2017 with their newest EP, entitled Götterdämmerung. Catching daylight on April 14th via Napalm Records, together, Managram (bass/vocals), Fenrier (drums), Freki (guitar), and Hati Guitars unite to bring fans four new tracks.

Varg go all out to fulfill the stereotypes of the genre, incarnating a wolf pack and looking like a horde of Orcs, ready to invade Middle Earth. That aside, sound-wise, the band disengages oneself from traditional Pagan and Viking Metal like on the previous output by melting their sound with Melodic Death and Modern Metal influences.

Proof of their hybrid sound, following a short guitar intro, the EP title-track “Götterdämmerung” treats listeners to Nordic mythology topics including gods, heroes, and warriors hard as steel. Even if this will be oil to the fire for the critics of the band, nonetheless, Varg score big with a powerful and crystal-clear production. The solid instrumentation of the guitar duo Managarm/Hati and the rhythm section of Bassist Skill and Drummer Fernier do what is needed, while Freki drives the message home with his screaming anthem-like vocals.

There there is “Hel” and “Beißreflex,” which sound and appear like Pagan Metal for the masses, something that is rather presentable for even the mainstream consumption. That said, Varg musically manage the perfect balancing act between aggression and melody. Lastly, “Knochenpfad” again omits any cliche lyric-wise, narrating of the coin for the ferryman and walking the path of bones to hell and eternity.

One can argue about the meaning and sense of these fairy tales, but each song includes everything from hellish grooving verses to blast parts. Most importantly, it is effective as a whole. With Götterdämmerung, Varg offer the awaited material for haters and fans alike. While the lyrics and stories drown in the meanings, the music of the wolf-cult gang knows how to please sketching tunes that are impossible to resist. The media can laugh all they want, but Varg will continue their path as sure as an unsinkable Viking ship. For these reasons, CrypticRock gives Götterdämmerung 4 out of 5 stars. 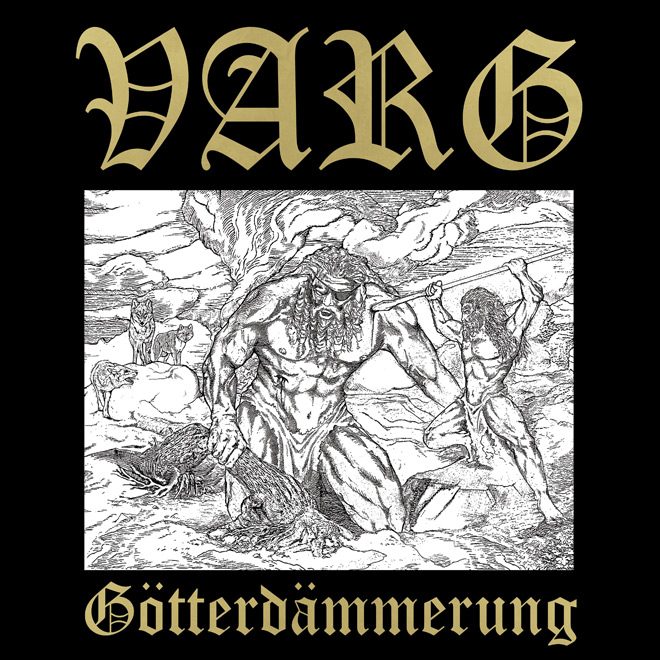 Jinjer – Wallflowers (Album Review)
Like the in-depth, diverse coverage of Cryptic Rock? Help us in support to keep the magazine going strong for years to come with a small donation.