For those who want to experience a whole new level of live music, Korean Pop concerts are the way to go. Not only does a concertgoer get to enjoy hearing their favorite music live, they also are given the opportunity to meet the members of the group.

Speaking of which, VAV, standing for Very Awesome Voices, debuted on October 31, 2015, under A Team entertainment, and have been pumping out solid tracks ever since. Their most recent mini-album release, Spotlight, was late January of this year and was followed up with three music videos gaining them millions of views, and tons of new fans. Then, to fans excitement, on May 2nd, Studio PAV announced they would be bringing VAV to the US for a four stop tour – the VAV Meet & Live Tour. This being VAV’s first ever tour of the USA, on Friday, August 17th, they made White Eagle Hall in Jersey City, New Jersey the very first stop.

A sold out event, much like other K-pop groups, there was no opening act. However, VAV is offering special tiered packages that give fans a super cool, totally unforgettable experience. With a VVIP ticket, you will receive a badge, with their name on it, and VAV’s latest album. Now, while that is pretty awesome in itself, the best part is VAV comes out and personally signs the album, and chats with each fan as they sign. Yes, you can chat with the band’s leader St. Van (vocalist), along with Baron (vocalist), ACE (vocalist), Ayno (rapper), Jacob (rapper), Lou (rapper), and Ziu (vocalist). This is all before the show even starts!

Already an exciting experience, when VAV left and headed backstage, this is when anticipation grew to new heights inside White Eagle Hall. The lights went dark as screams from fans of all ages rang throughout the room before a small video began to play on stage, introducing the members of the band. Building the tension, quickly the lights went on and the boys emerged, ready to kick off the show.

Starting off with the title-track off their newest mini album, “Spotlight” is a mix of Jazz piano, Pop bass line, and techno chorus beat drops that funnels all together and makes one heck of a dance track. While it starts off slow, once the first chorus starts, it served as a kick off to the concert’s energy for the rest of the night. “Venus (Dance With Me)” was up next, and continued the Jazz sound, but mixed it with a slight Latin vibe oddly reminiscent of Gloria Estefan. Again, K-pop concerts are different than most other concerts out there. That in mind, once they wrapped up “Venus (Dance With Me),” the lights went on as they began to interact with the fans. Pulling out a large board full of post-its that had questions fan wrote, they answered the said questions, sang a few happy birthdays, and showed off some of their fun little hidden talents.

The concert then continued with “Flower (You)” and “ABC (Middle Of The Night),” which are much more bubbly Pop than the other songs performed, but nonetheless, had everyone screaming and dancing. After those songs, another break from the music came for some fun games with fans. In fact, several lucky fans had a chance to go on stage with VAV and play games, and some even snapped pictures. All quite unique, the rest of the show went on like any other concert and was high energy throughout.

Since the band is from South Korea, they wanted to give a gift to American fans by singing American hits such as “The Middle” by Zedd and Grey, “Uptown Fun” by Mark Ronson, and “Havana” by Camila Cabello but in their own style. They then gave fans a special treat when Ayno and Ziu came out to perform “Don’t Sleep” from Ayno’s mixtape before Ziu joined the other vocalists, ACE, St. Van, and Baron for their ballad “Winter Breeze.”

Moving along, “She’s Mine” and “Gorgeous” were up next and, suddenly, when the music stopped, all the boys smiled and explained they were going to perform their new song, one that has yet to be released. Looking to keep the new music under wraps, they asked fans kindly not to record the song before lighting up the stage to dance and performed their hearts out. Respecting their wishes, while the new cut cannot be fully discussed, let it be known, it is certainly a banger.

To wrap up the show, they did an encore performance of “Spotlight,” seemingly more into it than when they performed at the start of the night. Now, this is where most concerts end, there is the last song, show’s over, time to go home, right? Not in K-pop. Fans lined up to take group photos with the members, and even got to give them hugs. Some fans even paid to get photos taken with individual members, with fun, pre-determined poses.

As mentioned, K-pop concerts are uniquely their own. Between the fan interactions, the songs, dance, and games, you meets countless fans from all walks of life, all while having an amazing time jamming out to music. A sold out event, let’s hope VAV return sooner than later for more shows here in the USA! 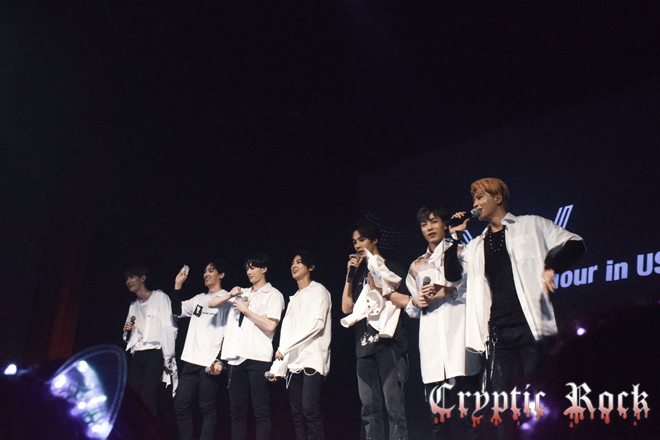 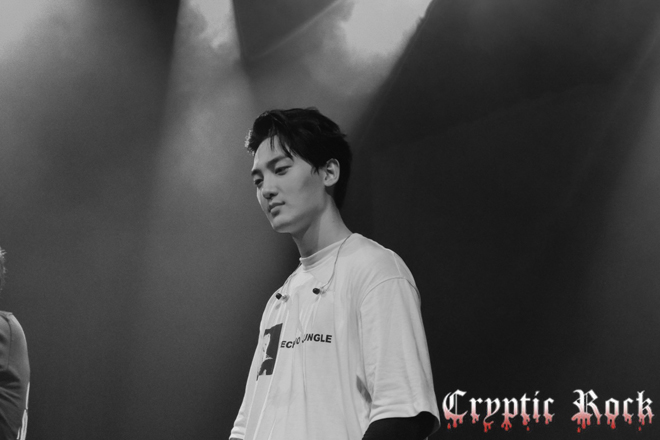 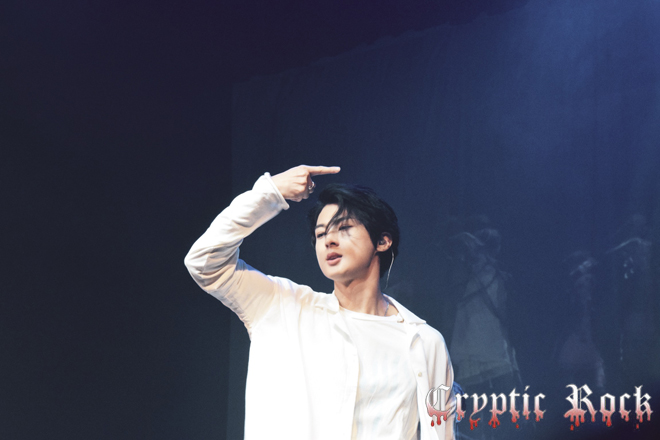 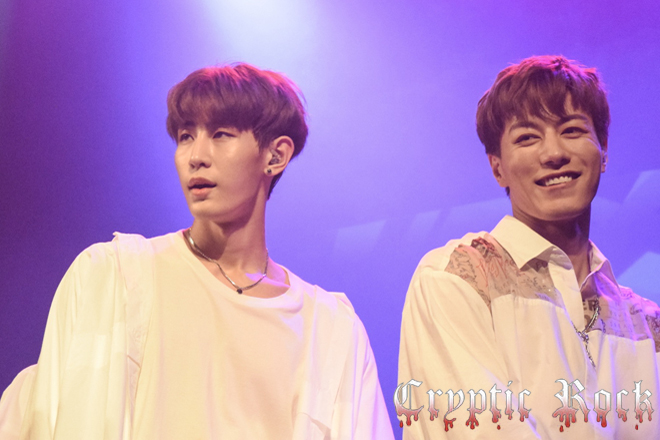 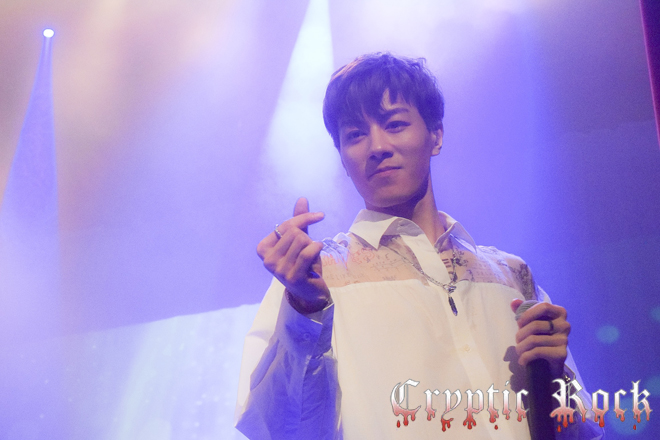 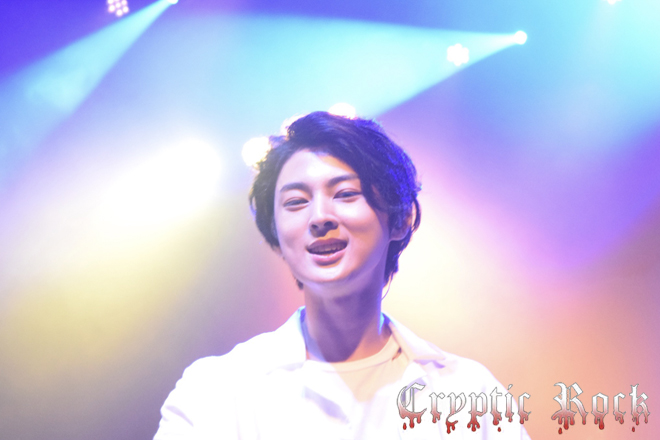 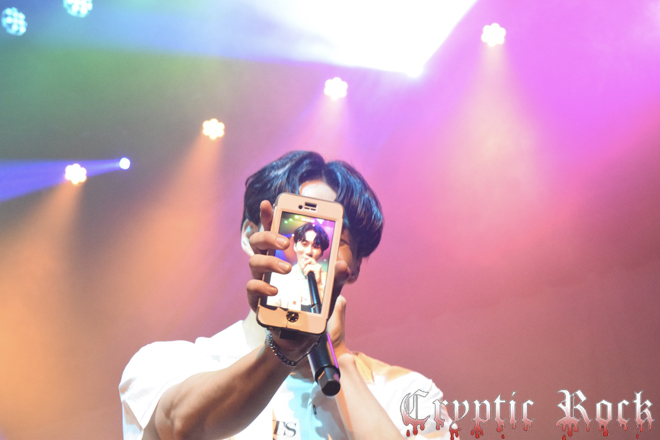 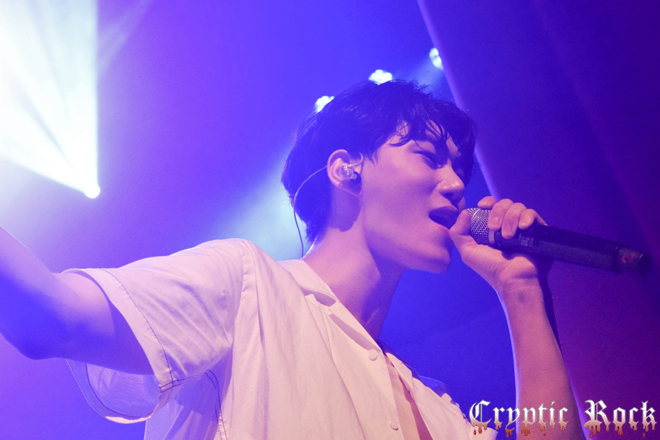 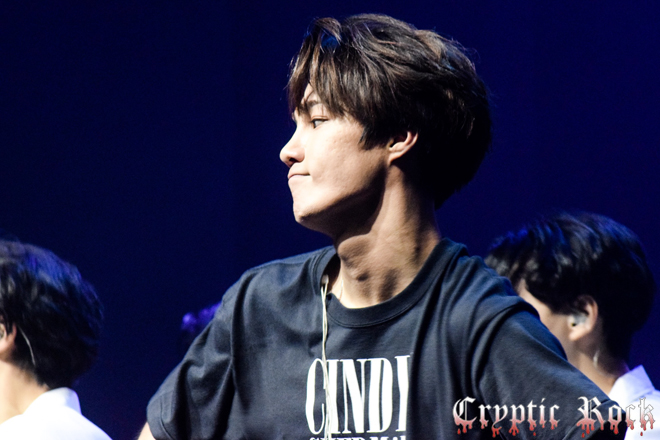