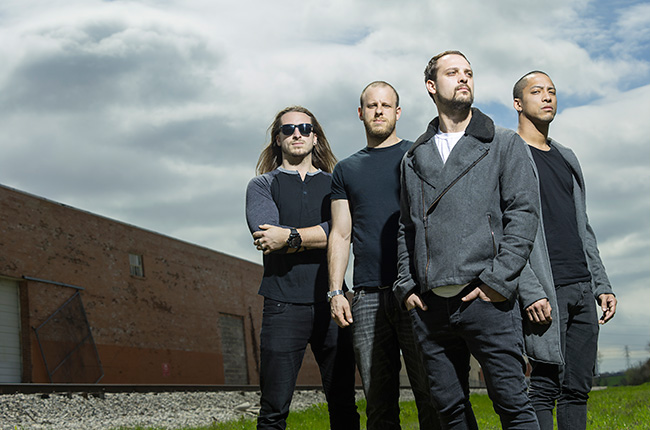 As a staple of the Djent scene since its inception, and created from the ashes of the Melodic Death Metal band Insurrection, Veil of Maya has been a unique voice of the genre. Blast beats, brutal breakdowns, short-lived melodic ideas that give way to chromatic runs, high and low screams, and most importantly, intricate, polyrhythmic, dualistic time signatures are what gave this band their character as they have grown and worked with different producers, including Misha Mansoor of Periphery, who gave full shape to the creeping, more electronic elements the band had developed in 2010’s [id]. Each album has generally been a step in the same direction with more polish and concrete focused songwriting. That changed a bit with their newest album, which takes a step backwards in some ways and takes another fork in the road.

Veil of Maya is clearly taking a step towards accessibility with their latest Matriarch, released May 12th via Sumerian Records. Following the departure of Vocalist Brandon Butler, the band turned to Arms of Empire’s Lukas Magyar to take over, and thus add a new dynamic to Veil of Maya. Featuring production of From First To Last’s Taylor Larson, who has worked with everyone from Periphery to Capture the Crown, and vocal production of Periphery singer Spencer Sotelo, the band choose to go a different direction this time around. According to an article by Christa Titus at Billboard, Veil of Maya guitarist Marc Okubo states, “Musically, I wanted to write our most accessible release.” That being said, they didn’t want to alienate their older fans in an effort to just reach more,” Marc continues, “My goal was to maintain our Progressive Metal fans while also attracting new people that come from other musical backgrounds.” If that is the case, it seems to be working. As it is, it is already their highest placing album on all the charts. The question is: are most of those fans new, old, or a solid mix of both?

Starting off the record is the Hardcore style of “Nyu,” which is a brief interlude different to other beginnings fans be accustom to on previous Veil of Maya albums. Then there is “Leeloo,” with razor sharp guitar work of Okubo paired with drumming of  Sam Applebaum that punch through the mix for a very air tight feel. The atmospheric breakdown is reminiscent of [id] and there is a very Dimmu Borgir orchestrated part after the halfway point that sounds simply amazing. The first track on Matriach with clean vocals of Magyar comes on”Ellie.” The singing here also shows the audience that the band is experimenting more with vocal effects than on their previous work, and while this may upset some fans less accepting of change, it is quite refreshing.

The track “Lucy” may remind some of the vibe felt on [id] while it opens with quiet chords dangling in the backdrop, not to mention some of the clean vocals are very Sotelo influenced. This influence pops up in different places and different ways all throughout the album. Less with the straight screams, but more so with the clean singing, which transitions to more melodic screams. An example of this is “Mikasa,” which moves from the Pop-like chorus to a more classic sounding, though simplified, breakdown, with pinch harmonics. This then continues into a vocal breakdown that is a bit more of the Atmospheric/Electronic vibe the band has picked up since working with Mansoor on 2012’s Eclipse. One of the best examples of Maygar’s talents come from “Aeris,” which shows off his clarity and in between vocals very well.

Moving along, “Three-Fifty” comes before “Phoenix,” which has an intro that fades in and will remind the listener of the opening track. An interesting mix of material at this point in the record, the title track comes as an instrumental before another throwback with “Teleute,” featuring contribution from Chelsea Grin’s Jason Richardson on guitar. Reminiscent of something from 2008’s The Common Man’s Collapse, even the chant-like vocals seem like they might have fit on that album. As the album winds down, “Daenerys” feels vocally different than the rest of the songs. This helps lead out Matriach in a classic Veil of Maya way before the finale of “Lisbeth,” which feels like a culmination of the pieces that came before, wrapped all into a neat package.

Thematically and as a whole, Matriach seems to fit well with previous Veil of Maya material. Though this album does open much more straight away with the punch to the gut track “Nyu,” instead of the slower build ups fans are used to, it ends on the more interesting tracks, like albums before it. Clocking in at slightly over thirty-six minutes, which is close to their average, it has more tracks than previous entries. It is easy to see Veil of Maya wanted to grow and move out of their niche a bit, bringing them out of the Deathcore genre and into the Metalcore realm. While a lot of these songs have a much more accessible, Pop-like approach with 4/4 time, structures based on melodies, clean singing, and diatonic progressions, they often transition from more classic Veil of Maya sounds, and to interesting effect. It really is one of the strengths of Matriach and why their new direction works as well as it does. Change and growth is essential, and Veil of Maya seem to be making strides. CrypticRock gives Matriarch 4 out of 5 stars. 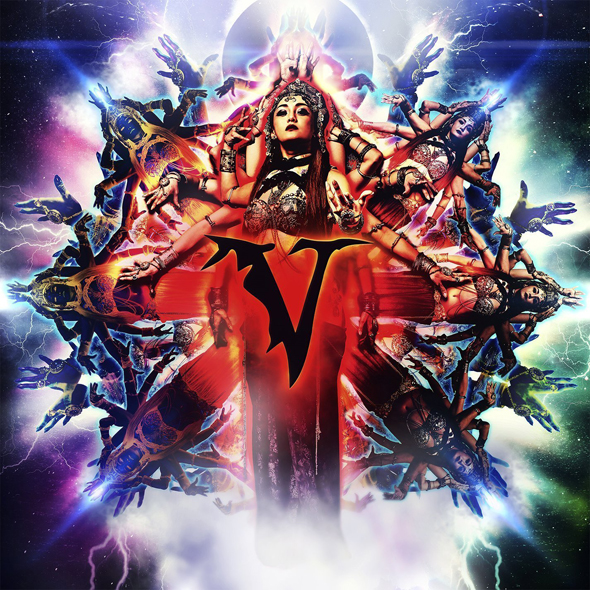