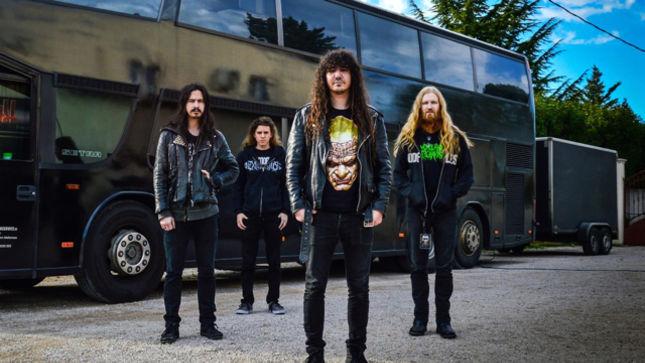 It has long been determined in critical and journalistic circles that a band’s most important footprint in determining their staying power is album number three. With the exuberance of the first recordings well behind, and the promise of the sophomore release fulfilled, it is this next threshold which often establishes a band’s reputation and overriding style. For Vektor, who began life in Tempe, Arizona under the name Locrian in 2002, many demos and much touring led up to the creation of their first two compositions. Here in 2016, Terminal Redux has been birthed and sent forth on Earache Records, and at over 73 minutes in length, it is quite a platter of forward-thinking, progressive Thrash Metal for fans to devour.

For those unfamiliar, Vektor has taken a fair bit of inspiration from Canadian legends Voivod, in that they approach their Thrash Metal with a degree of individuality and musicianship rarely seen in the genre. Fans became accustomed to their longer compositions on the first two albums, with Vektor neatly slotting into the small cadre of bands who can captivate for 8, 9, and even over 10 minutes at a clip.

Terminal Redux sees the maturation and elite creative impulses of guitar duo Erik Nelson and David DiSanto leap forth into the very stars the band often reference in their lyrics. DiSanto’s lead vocals may seem off-putting at first, his banshee-with-a-head-cold shriek seeming like an unsustainable singing style. But after this long, it seems the Dani Filth of Thrash Metal has found a unique and eventually endearing style to complement the music underneath. Rounded out by adroit, lightning-fingered Frank Chin on bass guitar and Blake Anderson on drums, Vektor has had a stable lineup throughout their three albums, a bit of good fortune that has only helped elevate their game.

Book-ending the album with “Charging the Void” and “Recharging the Void,” the circle the band asks fans to accompany them upon stands out as two amazing, major epics. Have Vektor become the Dream Theater of Thrash Metal? It could be, and this is meant as a compliment. First thing one notices with the album is the crisper production values, which clarify the sound without digitizing it. Adventurous riffing and interesting verse placement keep the listener on his or her toes, with a sense that the band might take the song anywhere. Tension building moments like at 2:18 show the band does not get lost up their own asses either. Cohesive in its chaos, both songs are almost albums unto themselves and will offer fans a lifetime of repeated enjoyment.

Where Terminal Redux further sets itself apart from its predecessors is showcased beautifully on “Collapse.” Beginning with a soft, clean vocal and a melodic, ballad-like opening for several minutes, this is a downright gorgeous song in the vein of Skolnick-era Testament, but with a flair all Vektor’s own. Catchy and harmonious, the songwriting maturity and instincts the band possesses is indisputable here. “Collapse” becomes more upbeat, a tad quicker, uncoiling itself into the expansive sound Vektor has built. At 5:05 or so, the lead leaps to the fore like a falling meteor catching fire in the upper air. Now a proper, if mid-paced, Thrash anthem, this album highlight retains its hold on the listener with leads Iron Maiden would be proud of; returning to melancholia, “Collapse” goes back and repeats the heavy section to its conclusion. Quite a journey for one song, emotionally and stylistically; in a word, triumphant.

“LCD (Liquid Crystal Disease)” lets Vektor flex some double-bass heaviness along with their frenetic riffing. “Ultimate Artificer,” which was written in 2014 and has popped up in their live set prior to album release, lets Anderson shine behind the kit, with even more inhuman riffing and silky leads teased from the axes, like bursts of bird song erupting in a springtime forest. A vocal line which follows the riffs masterfully, fans will be enjoying this one for ages. Love twin guitar harmonics? The middle section of “Pillars of Sand” once more evokes Maiden, with Chin’s bass guitar simply rocking out beneath the gorgeous leads.

Vektor has dropped a major gauntlet with Terminal Redux, managing to lay out 73+ minutes of music with nary a moment of boredom or lack of focus. One of the most talented bands plying the trade right now, it is only a matter of time before the world catches up and realizes that Vektor is where it’s at. They deliver what they set out to deliver, offering fans catchy melodies and intricate songs that dazzle without glazing the listener over. This is really not easy to do, and Terminal Redux will no doubt find itself at the top of many year-end lists for 2016. Terminal Redux is out now. Do not let the good ship Vektor pass by! CrypticRock gives this album 5 out of 5 stars. 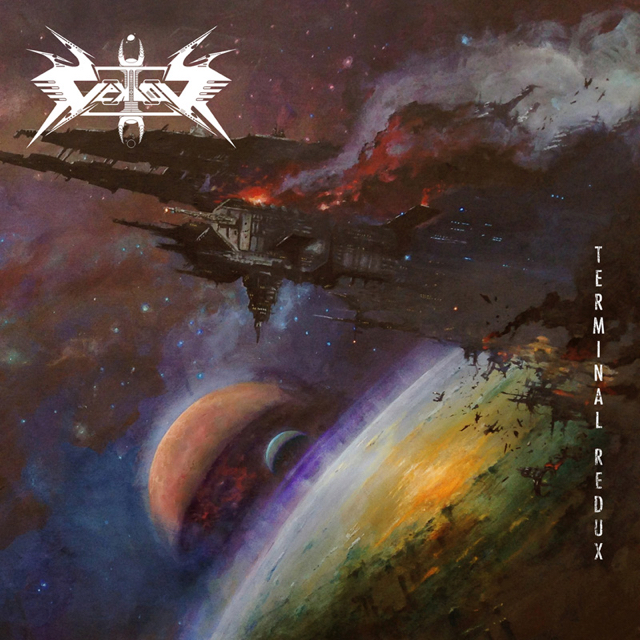