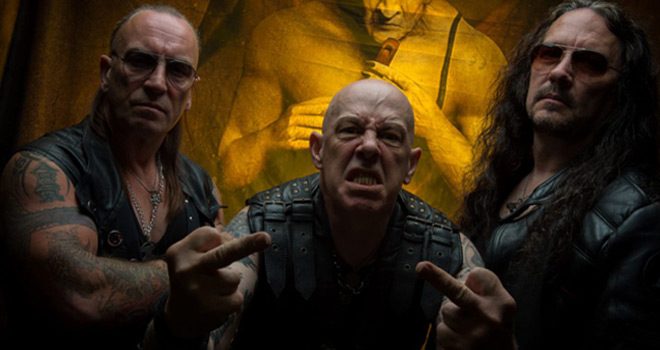 Influences arise and impact deep into the hearts of passionate musicians, sparking their own creative fires to burn for decades to come. In the world of Extreme Heavy Metal, raging out of England, come Venom, a pioneering band credited for starting the Black Metal scene and highly influencing the Thrash scene.

Coming after successful touring in 2015 into 2016, Avé is what old school Venom fans have been waiting for. That said, even though it is now Venom Inc., with their own modern day goals and specific lineup, it has the perfect amount of mash ups in major Metal genres such as Black, Thrash, Speed, and New Wave of British Heavy Metal to make any metalhead salivate.

Eleven tracks, and clocking in at just over an hour, it begins with “Ave Satanas,” a ritualistic Black Metal opening sermon that jumps into an anthem type chorus that is a sure fire way to grab the listener’s attention. Then the Thrash explosion of “Forged In Hell” bleeds its guitar into submission with more Black Metal lyrics and vocals making it a sharp blend into Metal solidarity. Then, more mayhem ensures that there is no end near as the catchy riffs and beats of “Metal We Bleed” reign in.

As an album single, “Dein Fleisch” breaks the mold with all its brutal badass mystery. The tough energy and consistency of the tune really ignites the guts of the album in all its burnt flesh filled stench. In enough words, it carries the darkly mechanical maniacal energetic riffs that are Venom Inc. Onto speed demon of the hour “Time To Die,” the song engulfs the masses with its accentuated riffs and blatant beats.

This is while the most Motörhead sounding of all the tunes, “The Evil Dead,” rips a black hole into the sins of its enemy. Following up, the shock value titled “I Kneel To No God” runs away with some of the most New Wave of British Heavy Metal styled riffs yet, slamming the listener with its malicious vocals. Finally, speedy “Black N Roll” breaks boundaries in its creative arrangement of common themes in Heavy Metal. That in mind, there is really nothing negative about that because it is the most marketable and potentially a very lively number for a concert.

It is highly recommended to catch them on their tour in support of Avé not only for the sheer heaviness and growth they have achieved lately, but also because of Goatwhore. What makes Venom Inc. memorable in a live setting? Well, for one they dominate the stage with their reckless attitude and pure hard power driven vibe. That can only be followed by their direct Extreme Metal flavor that speaks a clarity in its intention like no other. Continuing in the old footsteps of Venom is not easy, but with Venom Inc.’s modern direction, they bring their best face to the table. For these reasons, CrypticRock gives Venom Inc.’s new album 4.5 out of 5 stars. 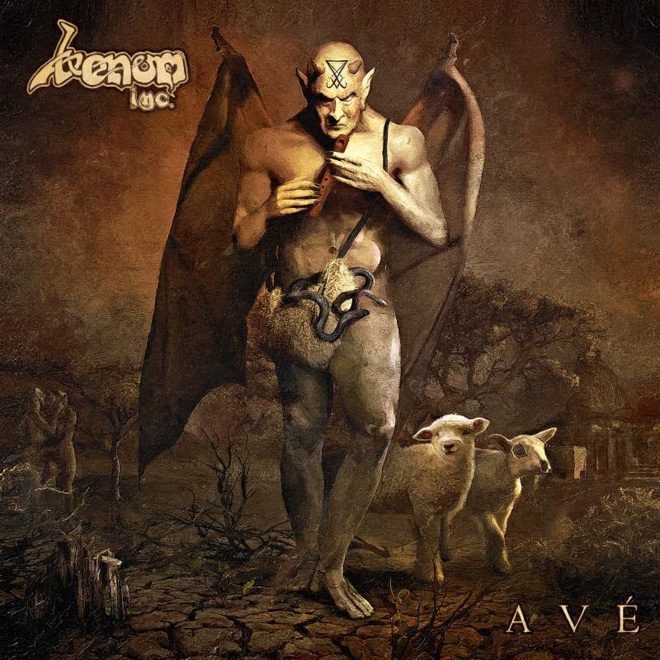