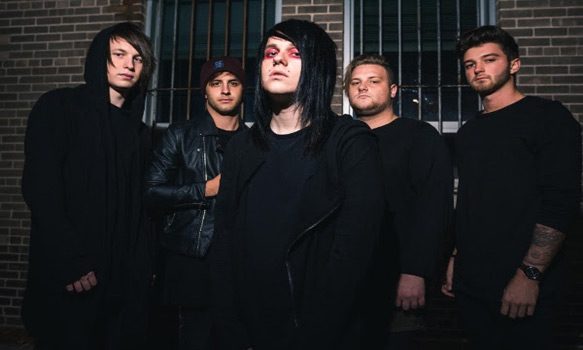 It is quite a challenge to have a voice in a genre that is so over-packed with content. That in mind, every once in awhile a band comes along, a gem if you will, asserting themselves and their voice as being the new big thing to come out of the shadows.

Enter Vesta Collide’s debut effort, New Obsession, out on January 20th via Stay Sick Records. Based out of the Midwest city of Detroit, Michigan, the working class act consists of Mark Pfromm as vocals, Jacob Marzkows and Alex Kuzmanovic on guitars, Alex Honeycutt on bass, and, finally, Max Santoro on drums.

A compelling early 2017 release, New Obsession creepily kicks off with “Witching Hour,” penetrating with ominous sounds until the drums disrupt the feel and kicks the song into gear. Then, the guitars are met with strings until Mark comes in screaming. With so many things going on in the first minute alone, it is hard to keep track of everything, but that is part of the charm. It is very much a taste of what is to come for the rest of the album.

Moving along, “Empty Bodies” slows down the pace a bit to help the listener collect themselves. The verses are quite tame while Pfromm’s clean voice really comes alive. That is until the chorus emerges and the screams return, but even then, it is hybridized with the clean singing. Then, out of nowhere, there is a barrage of double bass kicks as the instrumentals blast off, only to come back to the verse. A fun sequence that will definitely create one of the best mosh pits, the song is tailor-made for having fun in a live setting.

A little further down the rabbit hole, “Pretend” keeps with a cinematic scope, opening with distorted vocals, drums, and guitars that fade out. One of the heavier songs on the album, it is also one that stands out. However, a couple of tracks amidst New Obsession slow the pace a bit. Prime examples are “Away From Here” and “Time Won’t Keep What’s Left of Us.” Not at all out of place, in fact, these are some of the best songs showcasing the band’s musical technicality and versatility.

Laying out their story over eleven tracks, if “Witching Hour” was the intro of a scholarly essay, New Obsession’s finale “Faithless Tongue” is the message driven home with an exclamation point. Bringing together all of the elements of what makes the album so solid, the screams feel more powerful, the growls much deeper, and the music much more purposeful. No better way to end an album, it will really make an impact on the listener, no doubt enticing them to want to restart at track one all over again.

Reiterating what was expressed earlier, Vesta Collide takes elements of their influences and infuse their own voices to make an impressive debut, full-length record. An album that will stay with the listener long after consumption, Vesta Collide are an act on the rise as they hit the road in February with Alesana, For the Win, Versus, and Charlatan. That is why CrypticRock gives New Obsession 5 out of 5 stars. 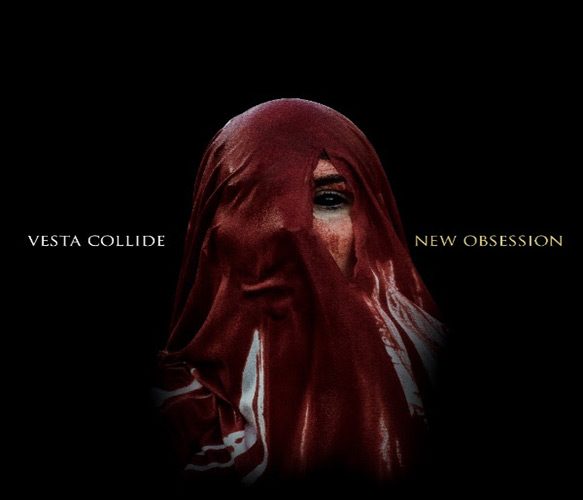