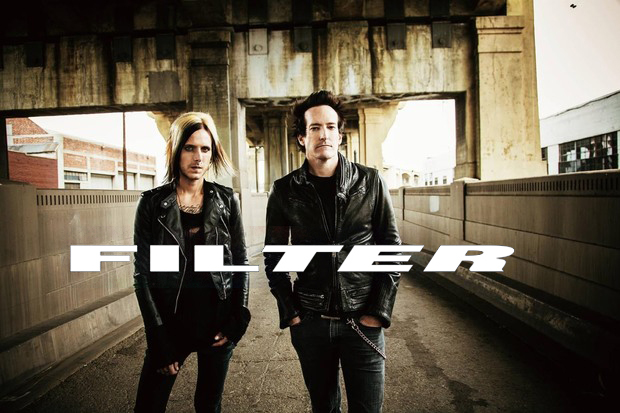 “This video is the best FILTER video so far,” said Richard Patrick. “I had an idea about how fierce a single mother would have to be ‘If she had nothing at all but lived her life right,’ being there for her children like a wolf is for her cubs or a hawk is for her chicks. Gus Black had respect for what I was trying to say. He took my concept and made it the beautiful tribute that it is. For that Jonny and I are eternally grateful. Thank you Gus. Not to mention…the debut of my daughter as an actor. Great job Sloan!”

Gus Black adds, “I have a friend in life with Richard –I loved working with him and have always been a fan of the band.”

FILTER will be playing Soundwave and Sidewaves in Australia beginning February 22 in Brisbane. The band will play seven dates in Australia before coming home to the States to play Rocklahoma among other dates (see all dates below). More dates will be announced soon.

FILTER’s Wind-up Records debut album, The Sun Comes Out Tonight, was released on June 4, 2013. Upon its release, it debuted top 20 on the Active Rock Album Chart; their single, “What Do You Say” reached #14 on the rock charts. Their second single, “Surprise” will go to Rock and Alternative radio October 15th and has already garnered some early adds. Last year, FILTER went on a hugely successful North American tour with Stone Temple Pilots with Chester Bennington as well as headlining their own “Self Inflicted” tour.

Steve Conte Premieres “Dog Days of Summer” Music Video Tarah Who? Premiere “Supposedly A Man” Music Video
Like the in-depth, diverse coverage of Cryptic Rock? Help us in support to keep the magazine going strong for years to come with a small donation.
Print page
0 Likes