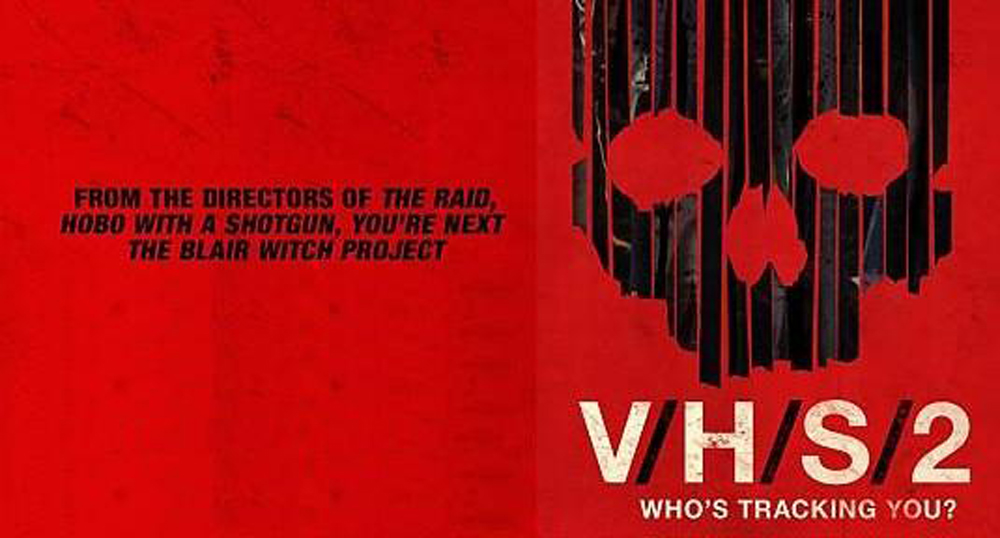 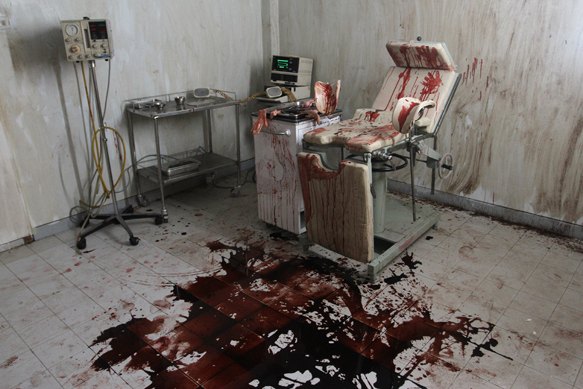 As most horror movie fanatics know by now, finding a movie that can really peak your interest is like a needle in a haystack. With most horror flicks nowadays being a disappointing blend of ghost stories and overly obvious slasher films, it gets more and more difficult to find a rare gem to add to the collection.

V/H/S debuted at the Sunset Film Festival in 2012 and went to on demand months after. The plot of the movie was about a group of misfits that are hired to burglarize a desolate house to acquire a rare VHS tape. While trying to find this tape they discover more found footage than they bargained for. The movie is fairly good, although not overly impressive; it keeps the audiences interest while still maintaining an original creation in many viewers’ eyes. The film received mixed reviews and many found that the stories were scattered and did not have enough explanation behind them to grasp  properly. Although directors Adam Wingard, David Bruckner, Ti West, Glenn McQuaid, and Joe Swanberg had a good concept going, the lack of detail for each VHS tape story sadly made the first film fall short.

With that being said, the 2013 sequel V/H/S 2 was put immediately into production and released a mere year later. In many instances a sequel will actually outperform the original and that is why it is worth given them a shot. This was definitely the case with V/H/S 2, which goes above and beyond its predecessor. This time Simon Barrett and Adam Wingard returned for the writing and production of V/H/S 2 with a larger director group  including Jason Eisener, Gareth Evans, Timo Tjahjanto, Eduardo Sanchez, and Gregg Hale. The more minds at work brought fresh concepts to the table and took things to another level in the franchise. The synopsis of the film is 2 private investigators are searching for a missing student and they go to the last known address the student was located only to find multiple VHS tapes. With their findings they decide to view the tapes for clues trying to find out exactly what happened to the student. Each tape has horrific contents inside which lead them to the dark motives regarding the disappearance. Although this is the actual plot of the movie, the real core of the horror lays within the mini stories on each VHS tape.

These stories are unique, scary, bizarre, and in some instances just flat out gruesome – a horror cocktail! The directors and producers seem to refuse to hold back which is why this movie is a keeper. Those who are fans of an original horror film without limits, will love every minute of V/H/S 2. Those looking for that extra something that the mainstream flicks just cannot deliver this film is highly recommended.  Since the sequel is not a continuation of the original film one does not need to see V/H/S before watching V/H/S 2 to enjoy it. CrypticRock gives V/H/S 2 4 out of 5 stars. 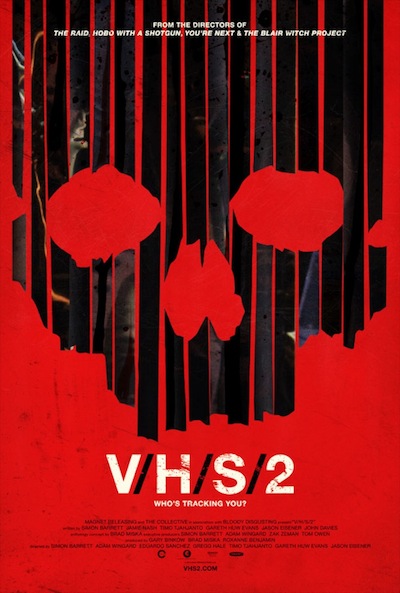 Both V/H/S and V/H/S 2 can currently be viewed on Netflix.
Written by Mindy Ganz