It is rare in modern times that a Horror film franchise lives on past one sequel. Thankfully, due to amazing fanfare, Independent Filmmaker Adam Green (Frozen 2010, Holliston series) returns with the latest film in the Hatchet saga, entitling the flick after the notorious main character, Victor Crowley. The fourth film in the Hatchet story, Victor Crowley makes its way to VOD, Digital as well as Blu-ray DVD on Tuesday, February 6, 2018 thanks to Dark Sky Films. Starring Parry Shen (Dimension 404 series, Swing State 2017) as Andrew, Laura Ortiz (The Hills Have Eyes 2006, Guardians Of The Galaxy 2014) as Rose, Kane Hodder (Friday the 13th series, 2001 Maniacs 2005) returning as Victor Crowley, among many other recognizable faces, it is an explosive Slasher flick that is not afraid to get its hands dirty… 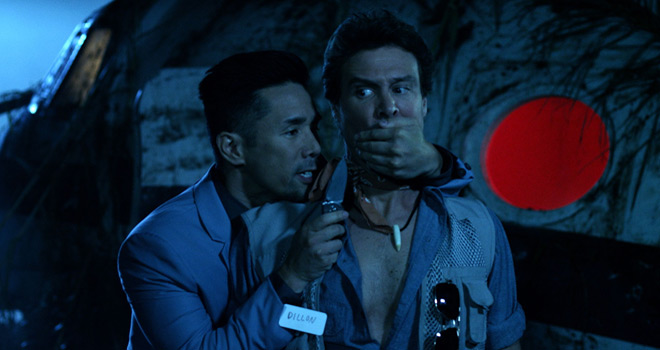 There is a lot of talk in film criticism circles of films “knowing what they are.” This can be a term that is a little confusing to those not too well versed in film criticism, and for good reason. It is a needlessly ambiguous and circuitous way of expressing that a film either has or does not have tonal consistency. Although not by any standard a hard and fast rule, more often than not a film that keeps to a single consistent tone is going to be a stronger, more effective piece of work than a film that cannot seem to make up its mind about said tone.

It is precisely this tonal consistency that makes Victor Crowley such a fun film – in a phrase, it “knows what it is.” This is a broad, over the top, silly film that throws Comedy and Horror together, creating a hybrid product rather than a project that veers wildly between the two. It is entirely unapologetic about being nothing more than a sexy, fun Slasher flick, and all the stronger for it.

Fittingly, it does not get mired in excessive backstory, despite being the latest in a series. An audience member that has not seen any of the previous films in this series is not at risk of being lost here – the plot dynamics are simple and the broad strokes of the characters are illustrated quickly. It even includes a helpful catch-up sequence for newcomers, though it really does feel largely unnecessary. 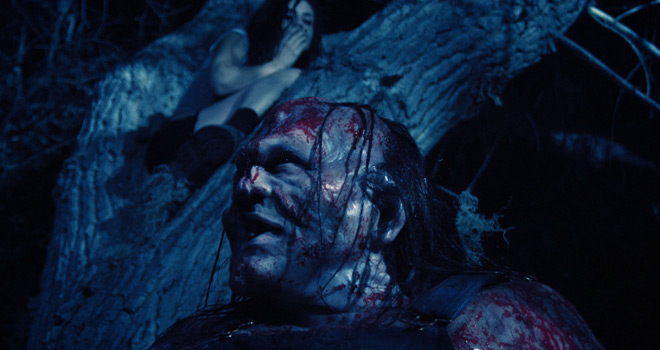 It would be easy to think that the simple plot and character dynamics are a strike against Victor Crowley, but this line of film criticism is not applicable here. Its simplicity is not a failure of the writing, it is a feature of it – this is a film that is intentionally simple, almost immediately establishing the rules it is going to play by and wasting no time doubling down on them.

This is perhaps best seen in the actors’ performances – at first glance, it would be easy to say that the characters are played so broad it robs them of their authenticity. Authenticity is not the game that Victor Crowley is playing at – this is the sort of film that is a reflection of its own sub-genre’s mythos, not a reflection of reality at all. Thus, it makes perfect sense for the actors to play into the idea of being caricatures, with Ortiz standing out particularly as she veers her character into big and broad places that would justifiably elicit an eye roll in a more serious film. Here she is one of the most entertaining characters on screen, and it is specifically because her actress has no issue hamming up her performance.

Furthermore, the visual design of Victor Crowley follows the same principles, with the color pallette taking a very obvious turn in the latter half of the film. It is the exact opposite of subtle, but by being intentionally exaggerated, it signals to the audience that it is obvious by design. Likewise, fans of blood and guts are going to love what they find here; the director and practical effects gurus pull absolutely no punches. The violence is appropriately cartoonish though – as much time the audience spends watching limbs get chopped up and eyes pop out of heads, it is rendered in such detail it actually becomes hard to take it seriously at all. Again, this is a feature for this film – though there will surely be some who would prefer it take a more hard-nosed approach to such content. 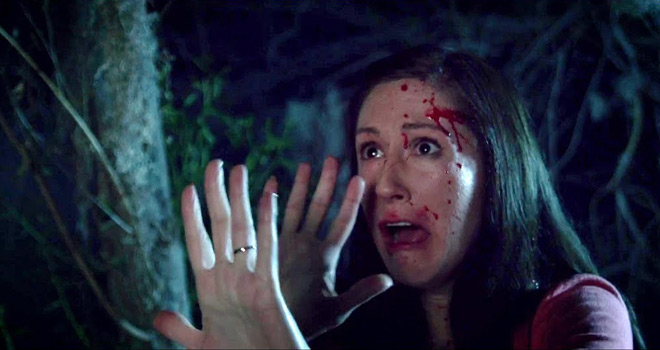 Ultimately, Victor Crowley is for a specific type of Horror film fan. It does not aim to be a sober and serious reflection of any sort of reality, and it establishes that early and often. It lays out its promises, then delivers on those promises with confidence and panache. For that, CrypticRock give Victor Crowley 4 out of 5 stars. 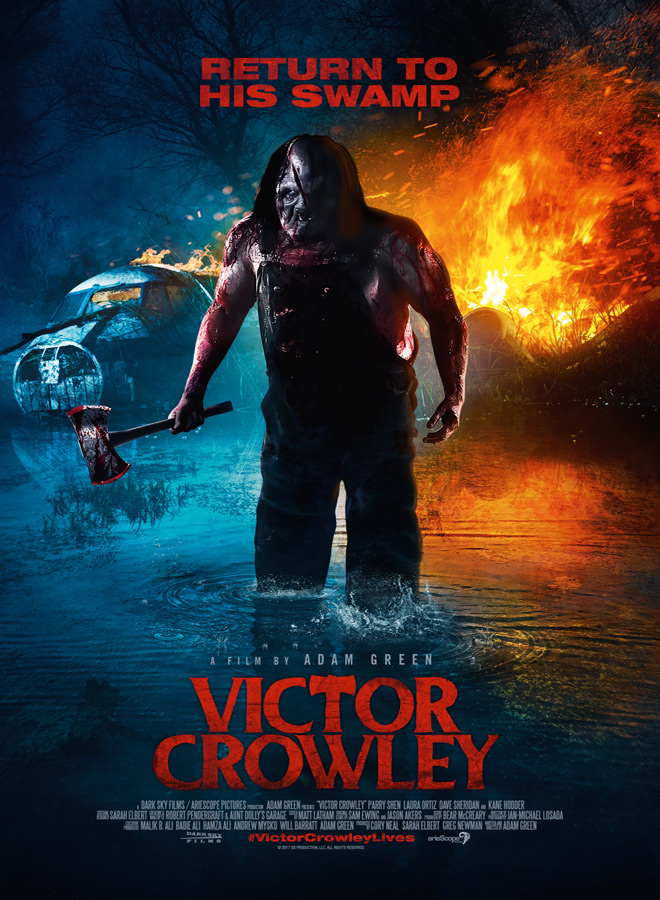