The story revolves around The Vigilante and how he was trapped by one of his many enemies. His team composed of Michael, Wolfman, The Kid, Jade, and Co. are all looking for him so they embark in a journey to rescue him before time runs out. The problem is that The Vigilante has more than one enemy and as soon as he gets rescued other threats come to light. Barrington and Moreau are looking for him and are desperate to find him to end his life. Meanwhile, The Vigilante is also being targeted by Andreas to avenge his brother who was killed by the hands of The Vigilante.

Flashbacks are very common in this film as they tell the story behind a group of people becoming heroes. When The Vigilante finds out that more than his past is at stake, he will do anything he can to protect the ones he love; even at the risk of never seeing them again. Some heroes and villains may be working for the wrong side of the law, but one thing is for sure, no one is safe in this game of life and death.

The problem with most Action films is that sometimes they focus more on putting as much fight scenes as they can possible and forget about thinking creatively about the plot. With that in mind, The Vigilante Diaries misses some key points when it comes to clearing the audience’s mind because the more the story unfolds, the more complicated it gets. Creativity can sometimes be at stake, but Sesma did not have a problem with that one bit in the making of this fun film though. All in all, The Vigilante Diaries had its pros and cons, but it is definitely recommended for Action movie lovers. CrypticRock gives The Vigilante Diaries 3.5 out of 5 stars. 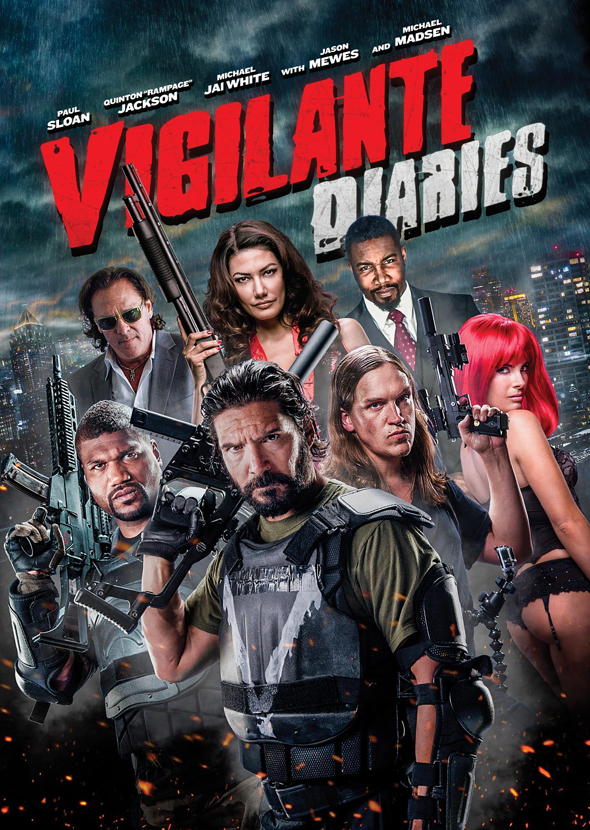