Epic Pictures, in conjunction with KRU Studios, released Vikingdom on DVD October 4th, 2013. Written by James Coyne (Puncture Wounds 2014, 4 Towers 2015) and directed by Yusy Abdul Halim (Cicak Man 2006, Clash of Empires 2011), Vikingdom tells the story of Eirick (Dominic Purcell: Equilibrium 2002, Prison Break 2005), who after dying in battle was brought back to life by his heavenly lover, the Goddess Freja (Tegan Moss: White Noise 2007, Charlie St Cloud 2010). The day he dies, his life just begins. He is charged with a quest by Frey (Jesse Moss: Final Destination 3 2006, Tucker and Dale Vs Evil 2010) to obtain a mystical horn before Thor (Conan Stevens: The Hobbit 2012, Son of God 2014) does. If Thor holds the horn he will be able to open the portals between the worlds to bring the Gods back in favor over God and his son, Jesus. 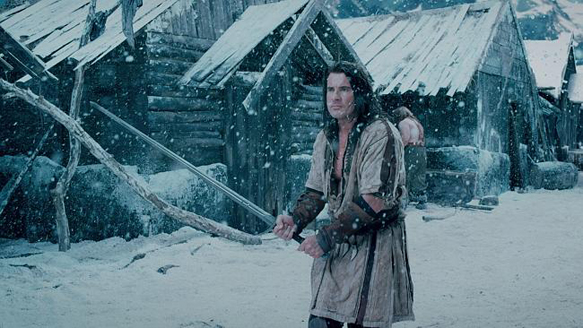 Thor will use the forthcoming blood eclipse, when the veil between worlds is weaker and the planets align, to complete the ritual. Eirick undertakes this task with his friends Sven (Craig Fairbrass: Eastenders 1985, Cliffhanger 1993), Brynna (Natassia Malthe: Elektra 2005, This Means War 2012), Yang (Jon Foo: Taken 2010, The Protector 2005), and Alcuin the Wizard (Patrick Murray: Scum 1977, Only Fools and Horses 1981); fighting mystical creatures along the way. They must find a few special artifacts to keep from Thor, before he has the power to change the world forever. When the God of Thunder is angry, you do not want to be in the way. Eirick must learn to trust his companions, and the Gods, to protect him from harm and to help him protect humankind. He meets many people along the way and his team grows, but by the time he makes it to the mystical mountain to stop the ritual, Eirick must rely on himself like never before. 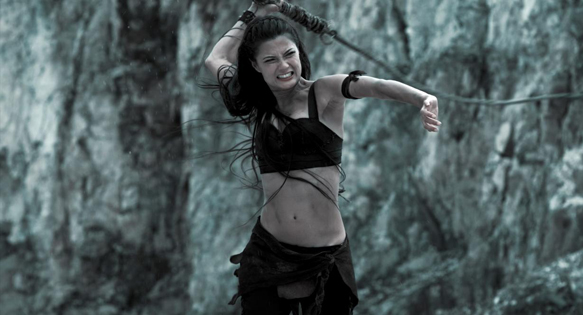 Fierce medieval battles sprinkle the movie and Vikingdom relies on ancient Norse theology for the storyline, creating a vastly different and darker Norse Universe than Marvel. The viewer will recognize some of the Gods, planets, people mentioned, and learn more about the mythical Viking history, which is quite intense and not generally PG rated with lots of blood, gore, and missing limbs. 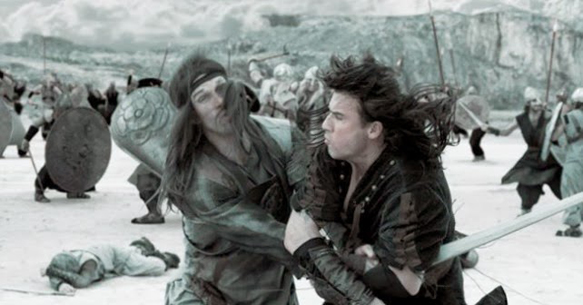 Unfortunately, the acting, camera work, and special effects do not match up to the depth of the story and some may feel as if they wasted their time watching the film. Vikingdom’s storyline has the potential for greatness but a low budget and high expectations leaves it lacking. CrypticRock gives Vikingdom 1 out of 5. 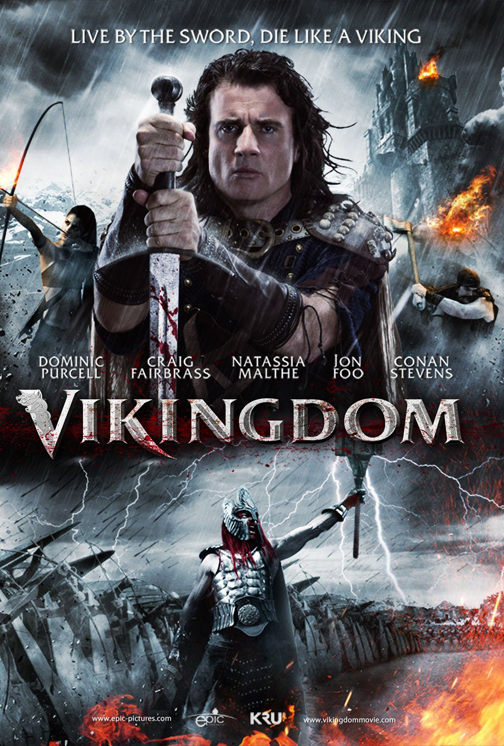 Purchase Vikingdom on Blu-Ray/DVD on Amazon