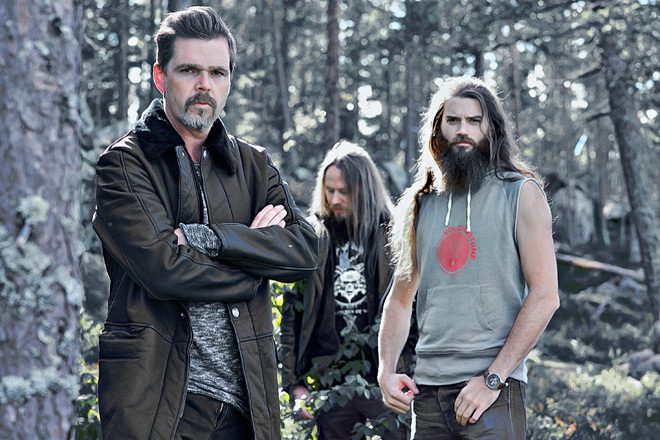 When the terms Folk Metal or Viking Metal come up in blogs and discussions, they tend to have polarizing effects on the participants of such discourse. Like all labels, they consign artists to rigid time frames or sonic guidelines even as they paint a picture of what a particular band sounds like to the uninitiated. There are those who will say these genres have “had their time,” and are now relegated to the back burner of relevancy.

Such folks will then flit away to chase the latest trend until that too becomes, in their estimation anyway, passe. Chances are these people have never heard of Vintersorg. From humble Swedish beginnings in the mid 1990s, band creator Andreas Hedlund (aka Vintersorg) has offered up a unique take on the Black Metal template, typified by clean sung passages, keyboard melodies, and a progressive edge that after nine albums has maintained both quality and artistic disconnect from what is popular at the moment. Album number ten, Til Fjälls del II, arrived on June 3o, 2017 via Napalm Records.

Book-ending Hedlund’s most personal art (he is a vocalist and major contributor to Norwegian sorcerers Borknagar as well) this new one is a continuation of first album Til Fjälls. Fans have seen the man color his sonic landscape with all manner of thematic forays into the elements as well as Paganism and celebration of the Norse heritage. Avoiding overt mentions of the Christian God or Devil, Vintersorg instead waxes poetically within a similar framework to bands like Enslaved and the aforementioned Borknagar.

Where prior albums like Cosmic Genesis, Visions From the Spiral Generator, and The Focusing Blur saw Vintersorg sailing musically into highly progressive, spacey territory, his mid 2000s return to the folkier, blackened edge of his melodic template seems to be where this gifted artist feels most comfortable. Two thousand and seven’s Solens Rötter, perhaps best described as a pure Folk Metal album, led to a steady progression into blacker territories, culminating in 2014’s Naturbål, whose fiery cover art mimicked the blistering folky melodic attack of its material.

For new album Til Fjälls del II, Vintersorg delivers yet again. The music is bursting with melody and riffs, courtesy of both Hedlund and long time contributor Mattias Marklund (guitar, backing vocals). This last studio effort was bolstered by Simon Lundstrom on bass guitar and backing vocals. Speaking of sung voices, Vintersorg returns to the epic feeling of his first album with frequent usage of layered vocals. Molten screams power just beneath the surface of his surging baritone, an ever improving tool in his aural repertoire.

The Folk elements, including acoustic guitar and piano, in “En väldig isvidda karga dräkt” (A Very Scarce Costume), give way to both melodic clean sung passages amidst the blackest of growls. Despite the heavy elements, the song could be hummed and indeed will bounce around the listener’s cranium long after a listen or two has been digested.

“Tusenåriga stråk” (Thousands of Stretches), by contrast, has some quieter interludes of spaced out echoing vocals, but for the most part is a far more heavy, high-impact affair. Vintersorg arranges the vocal delivery with such precision and creativity, the growls, frigid screams, and warm rich clean vocals function as a small, organic orchestra all their own. Once again, a band singing in their native tongue to people who would not understand it still manages to convey feeling and emotion, literally transcending the lack of comprehension on the part of non-Swedish speaking fans.

Fans of the folkier side of this music will find much to digest and enjoy in “Vinterstorm,” with its bouncy keyboard soul and vivacious outer shell. Vintersorg allows the composition to exhale into a galloping rhythm to offset the slower, Folk inspired sections. This is extremely well-wrought in the composition department, with the signature depth Vintersorg has always exhibited on full display.

On the second disc, the blackened Folk is even more fully realized. “Tillbaka till Källorna” rips with a fury akin to Einherjer or Thyrfing. The keyboards slightly more menacing, the mid-paced growler nevertheless benefits from a silky smooth clean sung chorus. It is like Vintersorg has a bag of catchy clean choruses with no bottom that he is able to endlessly draw from. Fans of the man’s style have been, and, with this new album, will continue to be spoiled. The rest of the disc is chock full of mountain-top breathlessness cycled through the kaleidoscope of Vintersorg’s gifted song craft. Things end peacefully and in grandeur on the acoustic gem “Svart Måne.”

Til Fjälls del II certainly harks back across two decades to Vintersorg’s earliest output. Being a sequel to its long ago predecessor, fans will encounter far less boundary pushing than what Andreas Hedlund did in the early 2000’s, or even with the forward thinking Borknagar. Instead, his blackened Folk discipline has roared forth, etching a fresh, marvelous stamp upon the worn and bitten face of the genre Ulver and Bathory created. CrypticRock gives Til Fjälls dell II 5 out of 5 frostbitten stars. 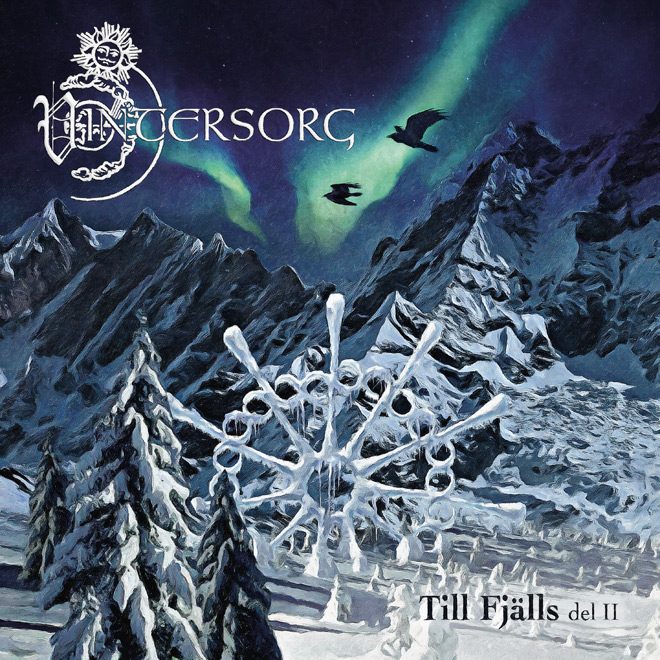