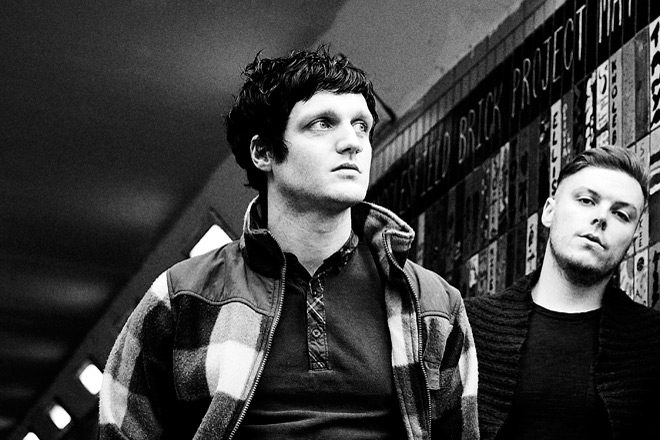 Macclesfield, England rockers The Virginmarys made their musical debut in 2013 with the album King of Conflict. At the time, the album debuted #3 on the Billboard New Artist Alternative Chart and made it to #8 on the Billboard Heatseekers Chart. This success was followed by 2016’s Divides, which gave voice to a lot of the band’s political and social outrage at the state of society.

Now, with their latest EP, Sitting Ducks, the band went the path of many other contemporaries and asked for the fans to be a part of the project, crowdfunding. Self-producing the record, the band took more liberties with the construction of the EP and construction of each song, seemingly to keep fans on their toes.

Released on Friday, September 22, 2017, Sitting Ducks begins with the eponymously titled opening track. “Sitting Ducks” springs a new feeling of optimism and positivity that contrasts the dark perspective they wrote from in the songs on 2016’s Divides. It is a journey down the rabbit hole into a sonic vortex of sound that spirals and spins on the axis of Frontman Ally Dickaty’s guitar and raspy vocals. His voice pierces the song and adds an attractive sandpaper to the track that gives it grit and authenticity.

“Sweet Loretta” is a moving and bouncy track that makes you want to dance. It opens with a tale of love and dedication. The song infuses different sonic elements to create a rocking complexity of sound that drives the track from beginning to end. “Loretta” builds and gains momentum as it goes along and hits like a Garage Rock song that you cannot help but listen to over and over again. There is something infectious and almost danceable about the track as it winds and the percussion rolls and thuds.

This is followed by “Through the Sky,” which has a classic Rock feel at the start. There are hints of Joy Division influence on this song and the entire EP. It is moody and introspective while still managing to be up-sweeping and cool. With “Through the Sky,” the track introduces the sharp snap of the snare breaking through the chorus and bridge.

In the final track, “Sleep” rounds out the EP with a slow and solemn acoustic guitar that belies the somberness beneath it in the lyrics. Here Dickaty’s lyrics and vocals tell a sad tale of fear, love, and loss. It is an all-encompassing and harrowing trip that grabs the listener and makes them empathize with the character in the song. “Sleep” is like a lullaby to loss that gently places you into its web and carries you out through the end.

With an eclectic collection of songs and emotions, wide latitudes, echoic acoustics, and emotive lyricism, Sitting Ducks is a concise and creative collection of sounds. The Virginmarys manage to maintain their grit and rumbling bass lines while still diversifying their offerings and arrangements. So, for creativity, diversity, and providing primo mood music, CrypticRock gives Sitting Ducks 4 out of 5 stars. 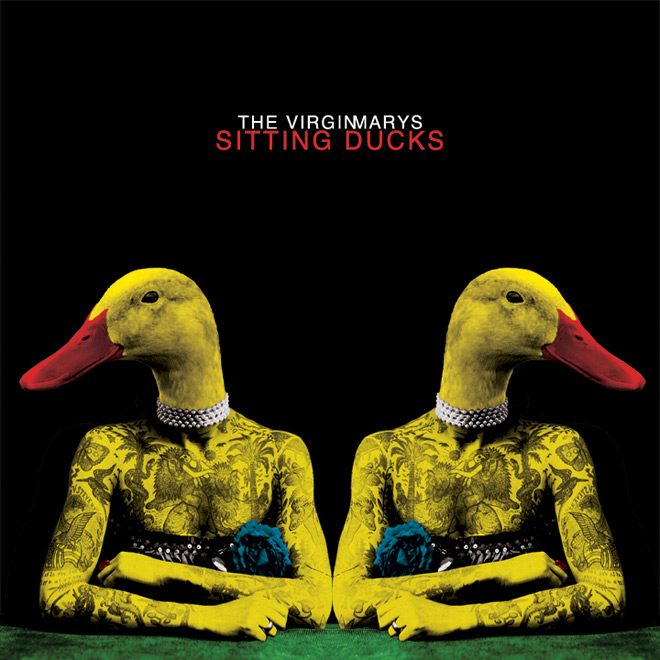