Most famously known for starring in Comedy movies like The Wedding Crashers (2005) and Now You See Me (2013), Australian Actress Isla Fisher’s latest movie Visions will be a total surprise to fans. With a release date of 2016 by Blumhouse Productions and Chapter One films in the USA, Visions is a Horror Thriller which should be on everyone’s list to check out. Written by L.D. Goffigan (Hunger 2009) and Lucas Sussman (Below 2002, Teen Wolf 2013), renowned Horror Director Kevin Greutert (Saw series, Jessabelle 2014) makes the most of the talented cast. Events are set in modern day, told via an observational point of view. Filmed in Agoura California, Visions also stars heavyweight actors Eva Longoria (Desperate Housewives 2004-2012, Mother Up 2013) and The Big Bang Theory’s Jim Parsons in cameo roles. 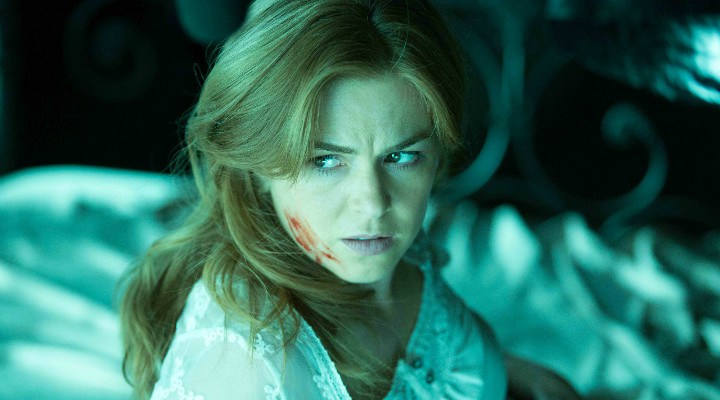 At the beginning of the film, Eveleigh (Fisher) is laying on the ground bleeding after being involved in a terrible car accident which resulted in the death of a baby. Although she was found blameless, the accident left Eveleigh with a number of physical and mental scars, and was subsequently treated by a psychiatrist. Eveleigh’s husband, David (Anson Mount: Conviction 2006, All the Boys Love Mandy Lane 2006), continues to be supportive. David and Eveleigh decide a change is in order and they move to a vineyard in the country.

The fresh air and countryside make a big difference to Eveleigh’s state of mind and in no time she’s made friends, a man (John de Lancie: Days of Our Lives 1983-1985, Star Trek Deep Space Nine 1993) and Ben (Bryce Johnson: Pretty Little Liars 2010-2015, Sutures 2014). Not long after they begin their new life at the vineyard, Everleigh discovers she is pregnant. Coincidently, shortly after finding out the news, she meets Sadie (Gillian Jacobs: Community 2009-2015, Love 2016), who is also pregnant. 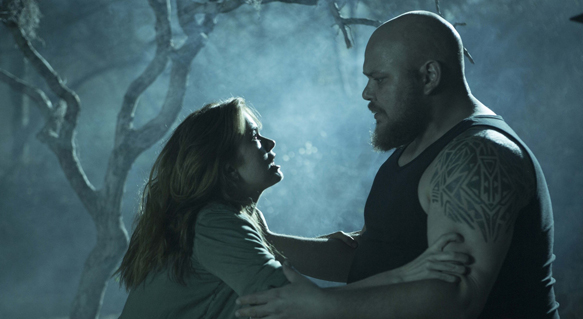 The pregnancy progresses as normal until Everleigh begins having strange dreams and visions. Strange events happen to Eveleigh and she becomes convinced she is haunted. Despite her objections, Eveleigh’s doctor (Parsons) prescribes antidepressants to control her behavior. Soon enough, Eveleigh is feeling much better. Her thoughts are clear until she meets a strange woman, Helena (Joanna Cassidy: Body of Proof 2011-2013, Bones 2013), who turns everything on its head again. Eveleigh again believes she is being haunted, but when the truth of the situation is revealed, even she is shocked. As the story unfolds, the past, present, and future blend to form an intricate tale of life and death. Eveleigh discovers there may be no one she can trust, including her own mind. Time is running out fast for Eveleigh to solve the mystery that plagues her before she gives birth to new life. Alone, heavily pregnant, and delusional, Eveleigh’s life takes a dramatic turn. 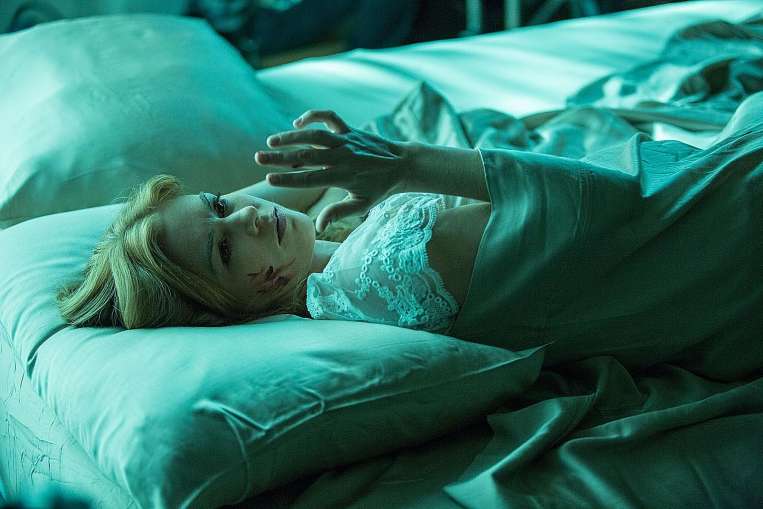 Not all viewers will feel comfortable with the main character Eveleigh being pregnant and subjected to quite a deal of emotional trauma. In terms of challenging the main antagonist, Goffigan and Sussman give Eveleigh a run for her money. The gamble pays off. What could have been another stereotypical, haunted Ghost movie becomes a deeply twisted intriguing story. Well-acted by the cast, and well-directed by Goffigan, Visions makes a welcome addition to the Horror genre. The viewer will not see what is coming, even right up until the climactic end. Visions is a well-crafted story with an underlying theme that hope endures, and there is nothing a mother will not do for her child. The special effects blend in well with the scenes. The cinematography by Michael Fimognari (The Walking Dead Webisodes 2013, The Lazarus Effect 2015) captures the intensity of the situations and focuses on Eveleigh’s inner strength and turmoil.

Visions is a must watch for all Thriller and Horror fans, so keep a look out for the Blumhouse Productions release sometime in 2016. CrypticRock gives this film 4 out of 5 stars. 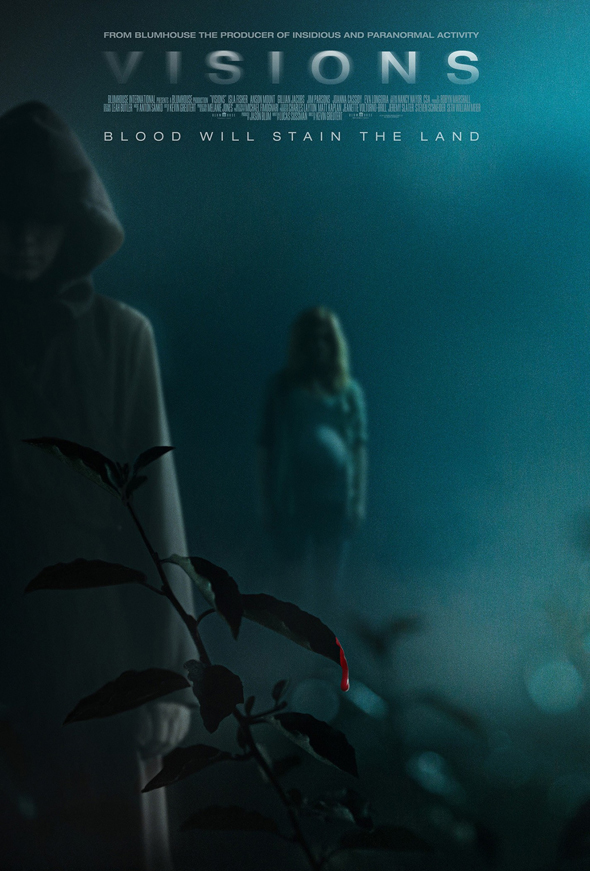