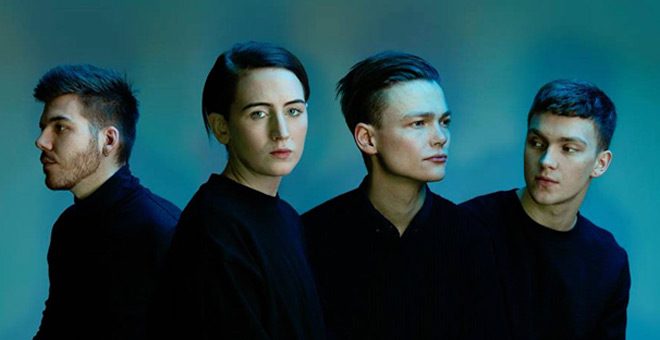 Icelandic music was almost unheard of until the almighty Björk ripped through the land and made her eternal mark. Suddenly artists like Of Monsters and Men and Samaris began to appear too, exemplifying that, while Iceland was a country of much mystique, it was also one brimming with boundless talent. The Electro-Pop quartet Vök are no different and their new album, Figure, arrives Friday April 28th via Nettwerk Records.

Starting out as a two-piece, Vök formed in Reykjavik, Iceland in 2013.  They initially began their journey in hopes of winning their country’s annual Battle of the Bands-esque contest, Musiktlrauni.  Indeed, Vök discharged their creative energies and reflected a unique wavelength that would declare them winners of that competition. The quartet that now consists of Margrét Rán (vocals/guitar/keyboard), Andri Már (saxophone and synths), Ólafur Alexander (guitar/bass), and Einar Stef (drums/percussion) have released two critically acclaimed EPs, 2015’s Circles as well as 2013’s Tension.

Dropping gems like “Waterfalls” and “Before,” the band have accumulated masses of fans with nearly six million hits to these songs on Spotify alone. Their much-anticipated full-length album, Figure, like their previous offerings, is a work of art that keeps the same dusky, atmospheric skeleton intact and full of sounds inspired by bands like Massive Attack and Portishead.

The first single released from Figure is the dark and dreamy “Show Me,” a tune that is very deserving of a first release; and how wonderful that Vök’s official music video perfectly illustrates the tenderness and moroseness captured in this song. Directed by Hörður Freyr Brynjarsson of Eyk Studio, the video was filmed in the very dark, harsh cold of an Icelandic winter which is incredibly gorgeous. The contrast of natural darkness and fluorescent light is spellbinding and perfectly foreshadows the undertones that live within the project of Figure. In the video, Vök pays tribute to their mysterious and beautiful country and use it as a source of vivid inspiration.

Vök’s succulent second single “Breaking Bones” is a smoky and edgy tune. With percussion full of romance and mystery, the quartet unleashes a sexy and unique blend to their music with some seriously mind-crunching lyrics.  “Breaking all my bones / I am feeling so heavy / still standing on my feet / take a bow,” they sing.  The hovering effects of sassy synths make this one of the best songs in the album.

Just as intriguing is the sense of yearning pounding throughout the heart of Figure. Songs like “BMO,” “Crime” and “Don’t Let Me Go” neatly complement the passionate currents weaving throughout the project. Furthermore, the vocals of Rán play a key part in the supernatural richness of the album; in songs like “Figure” and “Polar” there is a tint of the vocal mousiness listeners acquaint with acts like the Indie-Pop twins Tegan and Sara.  However, in songs like “Floating,” the quartet create an eerie cloak that resonates somewhat similar to the alter ego of Swedish Electronic singer Karin Dreijer Andersson, Fever Ray, where the same ear-piercing voices and eloquent synths smolder straight out of the speakers. Melodic lushness is in the booms of tracks such as “Hiding” and “Lightning Storm,” where the album continues the opaque presence but a with a calmer sentiment.

Vök has created an album of ten tracks that are dreamy, sometimes distorted and cold, and yet there is the overall feel of gossamer fine, white dove feathers. Their immensely moody, eclectic and mature sound has made them one of Iceland’s top acts to watch for in the years to come. For these reasons, CrypticRock gives Figure 5 out of 5 stars. 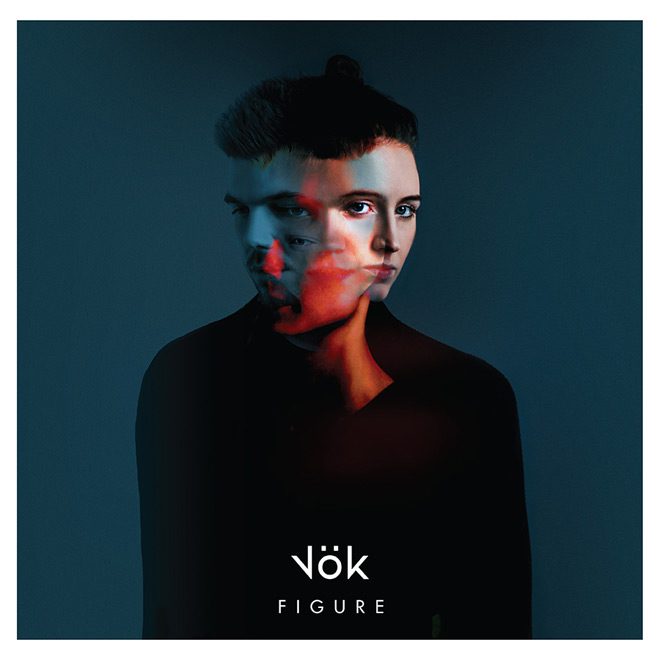