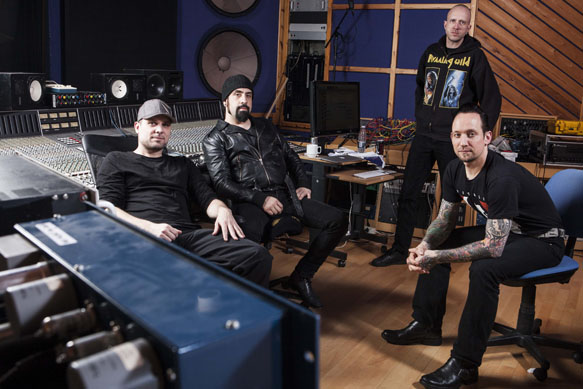 When Denmark’s Volbeat began back in 2001 lead singer Michael Poulsen’s vision to break free of the limiting death metal scene and create a hybrid of rock and metal different from anything else out at the time. Those concepts came together with long time friends Anders Kjølholm (bass) and Jon Larsen (drums) joining the project. Their debut album The Strength/The Sound/The Songs (2005) was only the beginning, received high praise from their homeland. Rock the Rebel/Metal the Devil (2007) hit number one for album sales in Denmark. Riding the wave, Guitar Gangsters & Cadillac Blood (2008) saw the band catching on and going gold in other countries. Taking things to the next level was the opportunity to tour with Metallica in 2009 awakening North America to their dynamic style. Naturally the exposure led to platinum success worldwide with Beyond Hell/Above Heaven (2010). Now with former Anthrax guitarist Rob Caggiano joining long time band producer Jacob Hansen in the studio, Volbeat bring fans their latest album Outlaw Gentlemen and Shady Ladies.

Compounding the collaboration, Caggiano not only contributed in producing the record, but is now the full-time lead guitarist. The album opens with a smooth guitar solo from Caggiano that moves into a more Middle Eastern melody and strings with “Let’s Shake Some Dust”. The next track “Pearl Hart” starts with the strong thick vocals and wild guitar riffs of Poulson, as well as electrifying drumming by Larsen. The track is smooth, but contains a wicked roughness that compliments the vocals. It is a driven and intense song that helps lay the groundwork for the rest of the album. Delving deeper you find the dark track “The Nameless One”, a melancholy melody with the profound mind stirring lyrics “Hold onto me baby…It says in the cards, we lost our soul to The Nameless One”. On “Dead But Rising” the pace picks up with poignant drums and a reckless sounding riff, pronounced and viscous it roars into the listener’s ears.

Adding spice to the album, King Diamond lends his talents on the heavy and intricate track entitled “Room 24”, a passionate duet with energetic drums and haunting vocals. The guitar chords and bass play of Kjølholm combined is complementary to the harmony. Diving deeper into the rabbit hole, number one single “Hangman’s Body Count” delivers a soft calming intro, before it intensifies without stopping. Chosen as another single, the melodic and soulful “Lola Montez” slows things down a bit with a hearty sound.

Continuing a similar vibe is the mournful and powerful track, “The Lonesome Rider”, featuring a duet with Sarah Blackwood. Its haunting melody shows the bands duality and versatility. Its echoing and delicate sound is a change of pace and sets the stage for “The Sinner Is You”, which is the softest song on the album. Unafraid to show their milder side, Volbeat delivers profound and meaningful lyrics over a ballad style melody. The album closes out on a strong note with “Our Loved Ones”, encompassing a slow and dynamic tune with a harmonica, which is very symbolic of the rockabilly style that pronounces Volbeat’s sound.

Outlaw Gentlemen and Shady Ladies is a lavish vibrant album, proving rockabilly, western, and metal can be mixed together to yield a rich and indulgent sound.  It eagerly displays the multiple facets and many talents of Volbeat vividly, making it a definite must have for any heavy metal fan.  CrypticRock give this album 5 out of 5 stars. 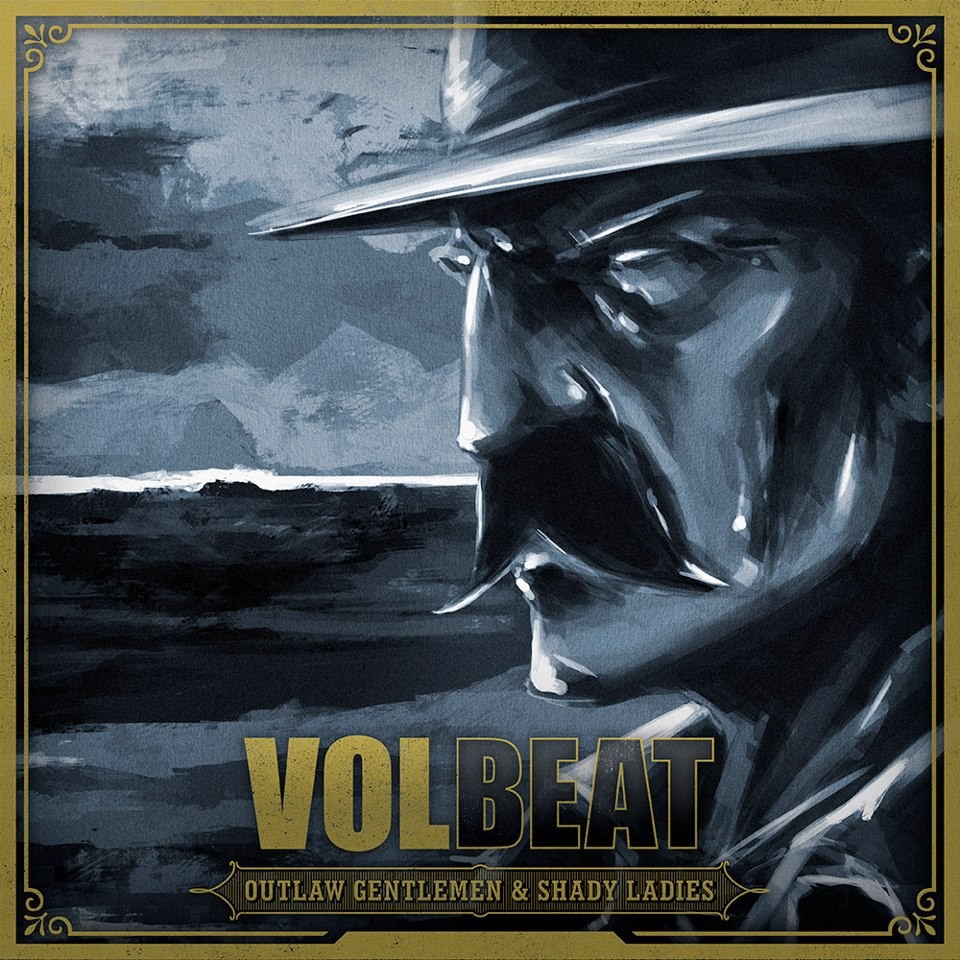 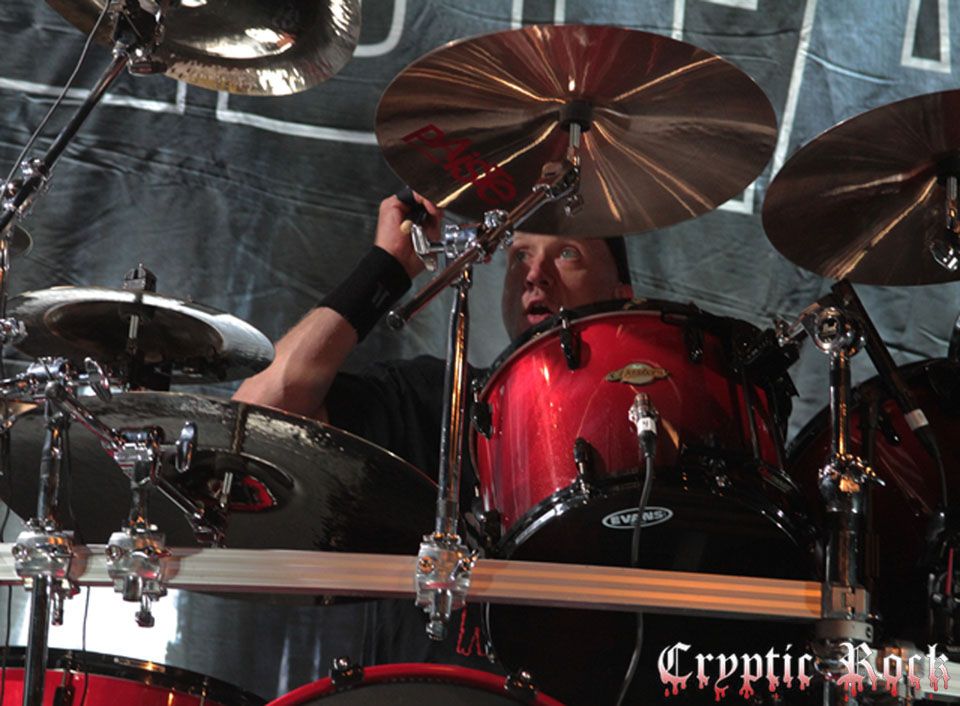