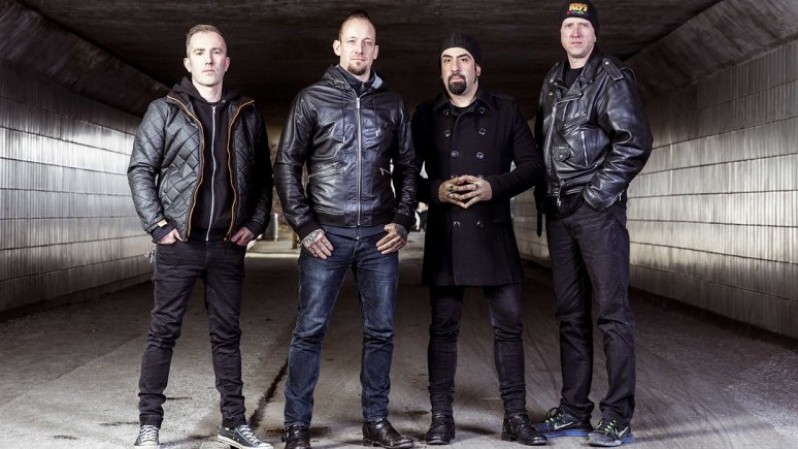 Danish band Volbeat has built a reputation for fusing high energy Rock/Metal with different musical styles and pulling it off in such a way that catches the attention of all those who come across it. Each style the band decides to pursue always feels like an expert meshing of sounds that complement one another beautifully, leading to hit after hit and wildly popular albums. Showcasing this talent since their 2005 debut album, The Strength / The Sound / The Songs, 2007’s Rock the Rebel / Metal the Devil, 2008’s Guitar Gangsters & Cadillac Blood, and 2010’s Beyond Hell / Above Heaven, Volbeat’s clout in the international Rock world continues to grow. Furthermore, 2013’s Outlaw Gentlemen & Shady Ladies launched the band to #9 on US Billboard charts, their highest ranked in the country.

Following with consistent headlining touring around the North American region, it is safe to say Volbeat has arrived as superstars. Now three years later, the band offer their sixth overall studio album, Seal the Deal & Let’s Boogie. Released on June 3rd by Republic Records, it is the first album not to feature Bassist Anders Kjølholm, but does feature the core of Vocalist/Guitarist Michael Poulsen, Drummer Jon Larsen, and as of 2013, Lead Guitarist Rob Caggiano. Debuting at #4 on US Billboard charts and selling an impressive 51,000 units in its first week alone, Seal the Deal & Let’s Boogie is one of 2016’s most anticipated releases.

Thirteen tracks in total, lead single “The Devil’s Bleeding Crown” begins the album with a gritty guitar, which is quickly joined by a pounding kick drum. The rest of the instruments join in and Poulsen comes on growling and warbling with a small echo at the end of the more dramatic parts. Then comes the Queen of Voodoo inspired song “Marie Lavaeu,” which opens with a revving guitar and familiar story-telling lyrics. A cymbal helps add tension to the introduction before diving into the beat and an electric guitar sings out on its own on different parts.

Begun with vocals ringing out, “The Bliss” is followed by guitars lurking behind them as the drumming of Larsen keeps the beat steady. Then, polishing it all off, Poulsen’s voice is joined by Caggiano’s to create a beautiful harmony before the bridge takes on a different tone altogether with choir style vocals coming in. Adding even more diversity, a banjo and acoustic guitar come, then switches back to electric guitar, found on the beginning of the track. Mixing up styles, “The Gates Of Babylon” starts with an electric guitar playing a Middle Eastern style melody while drums and remaining guitars provide an almost sinister backdrop. This Ode to Ishtar conjures up images of sandy winds and an ancient history long forgotten in a breathtaking fashion.

Continuing along, “Let It Burn” opens with mellow guitars and vocals before a simple beat. Drums combine with guitars to create a deceptively lighthearted feeling song. Collaborating with the talented Danko Jones, “Black Rose” kicks in with a Punk style as bouncing vocals over guitars set the tone. Then comes Jones blasting in to add a little anthem Rock attitude as the drums keep the tempo through the switching guitars. Clapping and drums introduce “Rebound” as Volbeat offer an interesting cover of the Teenage Bottlerocket original. Here, Poulsen’s vocals really stand out and the instruments all work together beautifully to create a retro ’80s sound. With a relaxed beat, “Mary Jane Kelly” comes in before featuring a bridge that showcases a haunting piece of guitar work and then another dives in to shred away on the track. With more blistering lead guitar playing, “Goodbye Forever” comes in like a house on fire before acoustic guitars move to the forefront and vocals come in. Larsen’s drums assist the guitars in a buildup and then continue the beat while a choir chimes in, leading into a long note on a guitar ending the journey.

Co-written by Poulsen and Larsen, title track “Seal The Deal” comes crashing in with ripping guitars along with the drums for a dramatic entrance. Poulsen wails around and short growls are sprinkled in all the right places, making for one powerful track. Offering another cover track, Terry Anderson’s “Battleship Chains” sounds like it came straight from the jukebox with Lonnie Mack style guitars really cementing the style while drums support the track. With the album winding down, the needle drops on the next cut, “You Will Know,” and slightly grainy guitars support a ringing guitar as Poulsen switches up the vocals a little and drops down to show off the lower side of his range. Somber guitars slow the song down for a moment before the tempo builds back up to its previous pace. Then, concluding the album, is “Loa’s Crossing,” which features a more muscled beat. Purposefully strained vocals are weaved in and different angles on the instruments come together to form a heavy-hitting track with bagpipes easing in on the bridge before the music ends abruptly after its four plus minute runtime.

Seal The Deal & Let’s Boogie continues to showcase how Volbeat fuses different musical styles with Rock. The album will transport fans to diverse places via incredible guitar pieces and vocals that just seem to fit with each sound. With that said, the album is dynamically different than Outlaw Gentlemen & Shady Ladies and the songs of Seal The Deal & Let’s Boogie that may initially begin in similar ways are quickly altered to avoid tiring out the listener. CrypticRock gives this album 5 out of 5 stars. 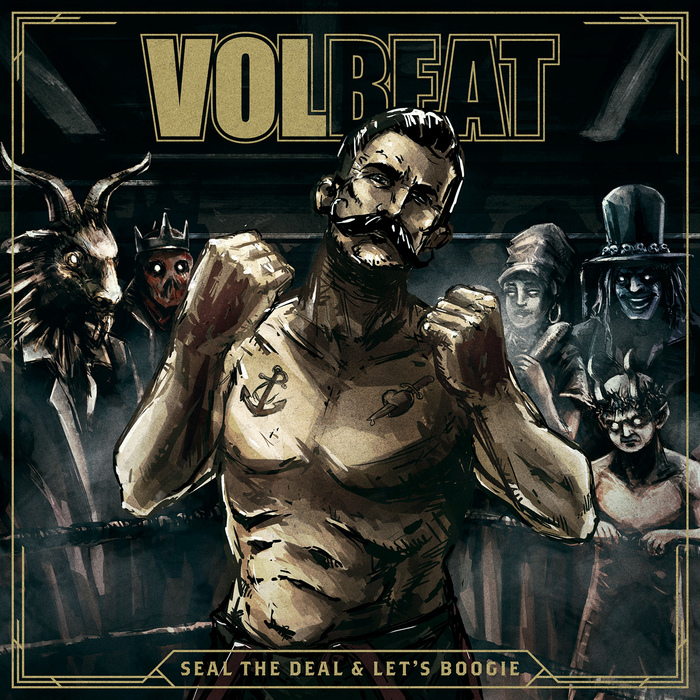