If these walls could talk… they would definitely be spewing some serious [and some not so serious] Horror stories. With the popularity of the original Volumes of Blood rapidly growing within the Horror community since its release in 2015, viewers are now being presented with this amusing and imaginative sequel that moves the screams and scares from within the four walls of the Daviess County Public Library to within the four walls of a particularly inauspicious residence with a rather curious and chilling history of horrendous holidays. 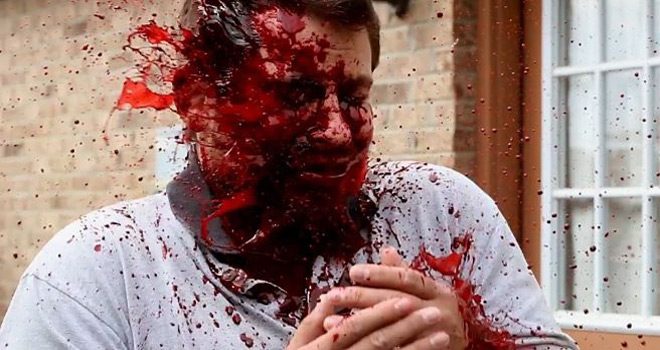 Volumes of Blood: Horror Stories is the Comedy, Drama, Horror anthology that will be released August 1st via Dark Cut Films; which is the newly developed genre label operating under Petri Entertainment. As was the case with the first Volumes of Blood, the sequel has again put to use a talented group of contributing writers and directors. The group goes well above and beyond the expectations of what some might consider just a group of your everyday, run-of-the-mill, ambitious, young directors armed with limited resources who are not quite dry behind the ears just yet.

These guys may be a little green, but who cares if they are operating on a limited budget and/or may have to be slightly thriftier with things like special effects or make-up? Their equipment does not even have to be the top of the line to make a top of the line kind of movie, because it is their unwavering ability to make the most out of whatever they have to work with. Their undeniably raw talent couples with their love of Horror and their quest to create Horror for the sake of the fans, and not for the sake of the “green.” This suggests that these cinematic up-and-comers are already establishing, and will continue to develop, a name for themselves in quite possibly the most fickle and nitpicky genre one could ever hope to make their mark in. 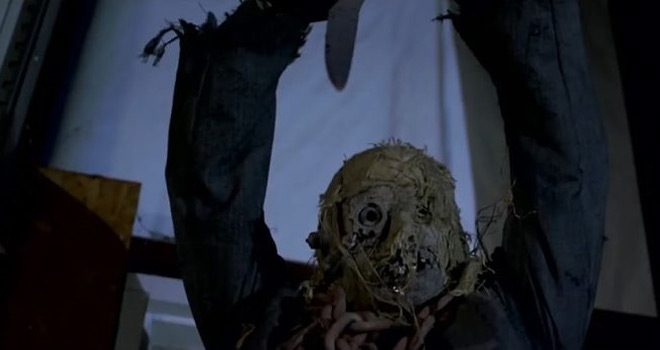 In addition to having a winning team of writers, directors, and the crew, this film would have been neither possible nor enjoyable without its substantial, yet entertaining cast and their deliberately horror-referential characters they so fittingly played. The cast included Barbie Clark (Self Offense 2014, The Dooms Chapel Horror 2016) as Vallie; Thomas Dunbar (She Be the One 2014, The Confession of Fred Krueger 2015) as Mr. Dawson; Milliner as Troll Nate; Gerrimy Keiffer (Volumes of Blood 2015) as Malco Usher; Kevin Roach (The Confession of Fred Kreuger 2015, Harvest Lake 2016) as Troll Kev; Christopher Bower (The Dooms Chapel Horror 2016, Lost in Time 2016) as Mr. Stine; Jacob Ewers (Both Ways Movie 2017) as Ash; Erin Troutman (Volumes of Blood 2015) as Laurie; Caleb Shore (Self Offense 2014, The Broken 2016) as Boone; Shelby Taylor Mullins (A Brush with Death 2015, Andy’s Rainbow 2016) as Mallory; T.J. Williams (The Legend of Sandhill 2014) as Johnny Boy; Kevin Arnold (Dark Nights 2013, Misread 2016) as Andrew; Bridgette Michelle Hoover making her acting debut as Sara; Chad Ray (Volumes of Blood 2015, The Preylude 2015) as The Hood/The Harvester; and Jim O’Rear (Don’t Look in the Basement 2015, Nightblade 2016) as Mr. Craven, in addition to a multitude of others who helped give life to these fascinating stories.

A young couple, Laurie (Troutman) and Ash (Ewers), are searching for their oh-so-horror-clichéd “forever home;” which they plan to start the New Year in and surprisingly happens to be so ridiculously, reasonably priced that it appears to be too good to be true. As their mysterious, suspicious, and incredibly unprofessional realtor that looks more like a mobster, Mr. Stine (Bower), gives them an official tour of the home; each room that is visited unfortunately ignites a subsequent story pertaining to that particular room and a previous tenant that was forced to spend a horrifying holiday there.

Who could have guessed that Halloween would bring about killer competition or that Thanksgiving would require such little effort to ensure the family gets fed? What about an unforgettable Father’s Day where lives are taken instead of conceived because someone forgot to take their pills, or a sorrowful and lonely Christmas Eve that brings carolers and craziness to one suffering woman’s doorstep? How about an unusually thoughtful and special birthday celebration that leaves one older couple feeling young again, until their desires to remain young become the exact weaknesses that bring about unforeseen challenges. Finally, this earns viewers a blood-soaked, gore fest of a conclusion where tensions mount almost as high as the body count will. 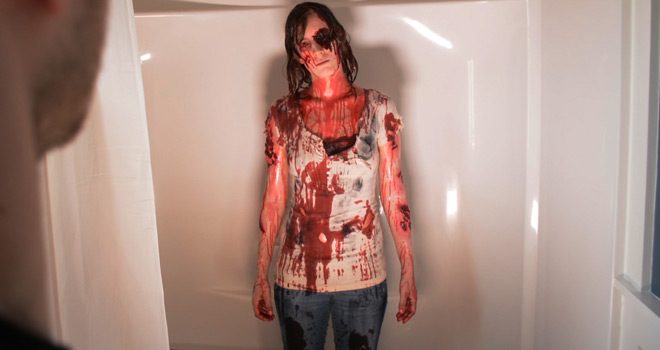 Aside from the film’s complementary cinematography, score, acting, and special effects that transport you in the moment, it also humorously touches on the fickleness of Horror fans by bringing up common, yet controversial, topics of discussion that typically spark endless, childish, and unresolvable conflict amongst even the most reasonable of adults. This included remarks about modern Horror movies sucking, all remakes being terrible, Hollywood running out of ideas, nostalgia blindness, not appreciating the classics, and the never ending debate of Rob Zombie movies. The movie maintained its originality that was appreciated in the first film, and kept up with the creative killing. There were even some Horror Easter Eggs that viewers will have to keep an eye out for.

As was seen with the original Volumes of Blood, and continues to be the case with its successful sequel, those involved in the making of these films are skilled with the rather rare gift of taking coal-like resources and turning them into cinematic diamonds, even though their full potential remains to be seen; which is why CrypticRock gives Volumes of Blood: Horror Stories 4 out of 5 stars. 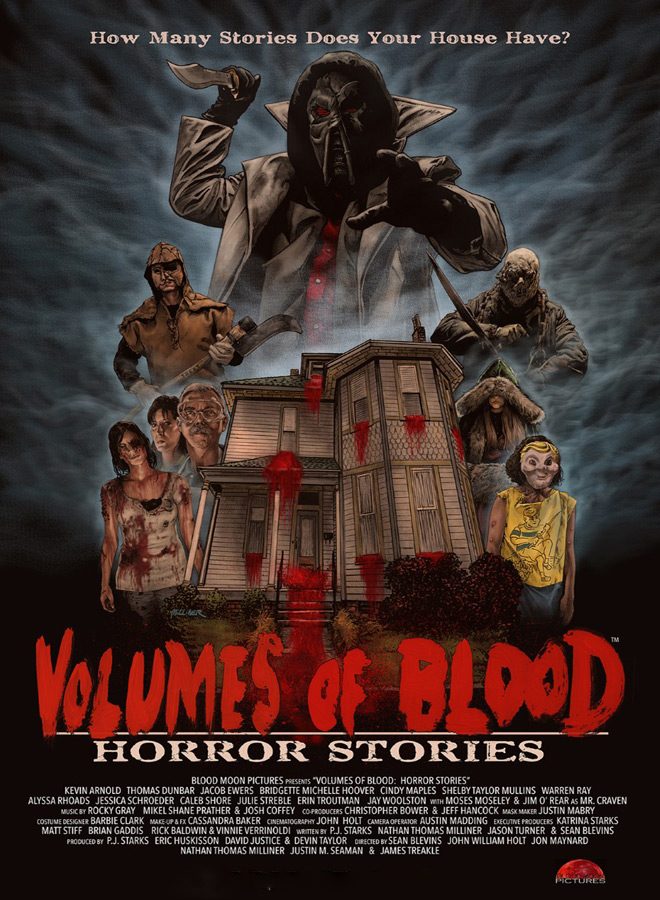