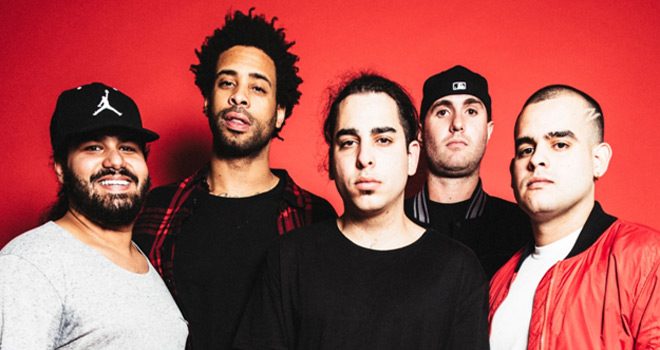 Los Angelenos Volumes met and formed in 2009 and kicked off their career with a massive bang! They released their debut album Via in 2011 and sophomore effort No Sleep in 2014, with both albums impressively peaking at No. 1 on the iTunes Rock and Metal charts. With popularity came an offer to contribute to the infamous Fearless Records’ anthology “Punk Goes Pop 6,” on which the band covered Drake’s “Hold On, We’re Going Home.” Dedicated to prolific touring, Volumes would support their sonic offerings with a relentless schedule that allowed them to share stages with the likes of Killswitch Engage, All That Remains, Crown the Empire, Born of Osiris, Betraying the Martyrs, and Ice Nine Kills, as well as taking part in the 2014 Vans Warped Tour.

Now, Volumes – Vocalists Gus Farias and Myke Terry (formerly of Bury Your Dead), Guitarist Diego Farias, Bassist Raad Soudani, and Drummer Nick Ursich – make their Fearless Records’ debut with Different Animals. A twelve-song collection that comes across as somewhat schizophrenic in style, somehow Volumes are able to hold it all together with infectious melodies that soar through growling, tormented screams, hitting pay dirt with this ultimately fabulous, new collection.

Different Animals gets in your face from the get-go with one of the album’s heavier offerings, “Waves Control.” Nü Metal moshes alongside Metalcore in this pulverizing, bass-heavy attack that ekes out a Deftones’ influence while singing about the horror-show that is getting off drugs. Turning in somewhat of a 180, “Finite” is all killer melodies and contrasting, agonizing growls with Rap and continued ass-stomping bass work. Volumes are clearly a band of extremes!

The infectious single “Feels Good” presents soaring melodies alongside thrilling screams, all wrapped together with an immensely full, atmospheric sound. Oh yes, and more amazing bass work by Soudani. The vicious “Disaster Vehicle” is a sonically pulverizing assault and the perfect counter to “Pieces,” where beautiful, emotional melodies weave throughout infectious choruses. This is Volumes at their best!

A lovely little musical “Interlude” that sounds oddly like a Pop-fueled, wet dream divides the album into two. Kicking off what can be considered Side B, “Hope” is a dreamy, keyboard-driven electronic romp that combines Rap with something that is far closer to Pop than Heavy Metal. As if to prove that they might, in fact, be bipolar, they follow this with the beautifully-orchestrated instrumental “Tides Change.” A return to the Hip Hop influences appears on “On Her Mind (featuring Pouya)” while “Heavy Silence” starts out softly sweet but builds into something quasi-evil in all the very best ways.

Volumes are at the absolute pinnacle of their game on “Pullin’ Shades,” a truly great blend of melody and heaviness that – with one killer guitar solo – serves as a prime example of the band’s talents. A return to pulverizing stomp, “Left For Dead” closes out the album on one of its heaviest notes. So yes, Volumes are a bit sonically schizophrenic, but somehow it works in this frenzy of bass, drugs, and ass-kicking Rock-n-Roll. When these Californians finally drop the Rap attack and embrace their melodic side, they will be fully unstoppable.

On Different Animals, gorgeously emotive melodies cross with viciously pulverizing assaults, light and dark dance together in a seductive sashay. For those that love Metal-based bands full of extremes, Volumes are a no-miss addition to your collection of growls with heart. Wondering exactly what they will do next, addicted to the melody, CrypticRock give Volumes’ Different Animals 4 of 5 stars. 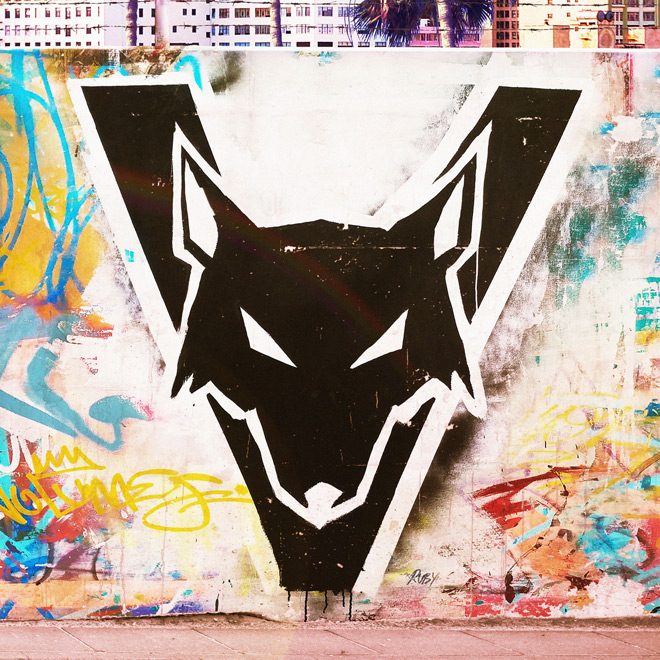 Volumes are currently on tour in support of Different Animals. For details and dates (and a free download!), visit VolumesBand.com