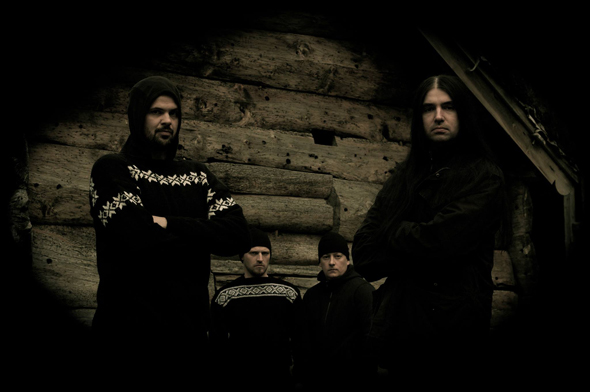 Since reforming the band Windir as Vreid following the tragic death of young vocalist Valfar, this talented bunch from Sogndal, Norway has been on a highly productive roll, putting out an album every two years since 2004. Two-thousand and fifteen saw them continuing this trend with their seventh full-length, Sòlverv, out now on Indie Recordings. Spearheading a genre referred to as Black-n-Roll, Vocalist and Bassist Hvàll and fellow bandmates Steingrim (drums), Sture (guitar), and Strom (guitar) have managed to delve quite deeply into this style, teasing a host of catchy, riff-laden songs from out of the ether. Sòlverv, which translates as ‘solstices,’ follows hot on the heels of 2013’s Welcome Farewell; an excellent album. Therein, Vreid’s music was lauded for bearing an elegant simplicity, which is a feeling that the band continues to convey with practiced ease.

“Haust,” Icelandic for ‘autumn,’ opens the album in a creatively no-nonsense fashion, with the structure of the song having Black Metal elements of a classical variety. The melodies within the riffs are presented with a blast-beat back-up that implies such a considered, educated approach to songwriting. By the time the guitars shred the opening riffs, Steingrim’s percussive accompaniment demanding attention from the listener, it is clear from this point that a new Vreid album has been unleashed. Melodious, with varying tempos, the song is as ballsy as it is classically inclined.

The title track slides by without deviating much, and is solid overall, if similar in execution to the opener. “Geiteskadl” invokes the same style the band espoused on their third album, 2007’s I Krig. A folk-tinged rhythm, mid-paced and highly engaging, gives this song a nice boost. Martial drumming can be found within, something Steingrim is icily precise at creating. Vreid know how to let the riffs do the talking, building tension and falling into the blast-beat sections with just the right amount of hold and release. The song bursts with potential energy that turns pleasingly kinetic.

Sòlverv is a bit of a grower, but once it takes hold, there is no letting go. As the album progresses, things just fall into place. “Ætti Sit Fjedi” is a contemplative song, some creepy keyboard effects augmenting the leads which dance and play over freezing cold blast beats. The melody can be hummed in this one, and its brisk intonation gives way to a clean-sung section so reminiscent of the avant-garde leanings of their countrymen in Enslaved.

The ominous organ intro to “Når Byanne Bren” is joined by Steingrim’s martial drumming. Killer guitar intro, and they are off into blast-beat territory once again. The formula is loose, but it is there, and it works. The dynamic drumming of Steingrim cannot be overstated, as his creative flourishes add so much to the proceedings. The pace here is Black Metal torrid, with virtually no let-up except to return to that organ phrasing. Penultimate track “Storm frå Vest” is similarly structured and keeps the quality and enjoyment rendered to the listener quite high.

The last song, at 9:10, is the longest. “Fridom med Daudens Klang” enters some almost Psychedelic territory with its keyboard heavy intro. The riffs Vreid create and install inside the song would make Dave Mustaine from 1990 quite proud. The song is a well-thought out, classically influenced, Extreme Metal dream. Riffs, riffs, riffs, spoiling the listener in their plenitude. Leads abound, with melody and ferocity all in one. The song fades into the organ dreaming along, before the music comes roaring back. Vreid are not afraid to experiment, but they never lose focus in a song and they keep the teeth bared and the fires hot.

While not quite as stunning as Welcome Farewell and some of Vreid’s older works, Sòlverv still sits quite proudly alongside their growing canon. It is Heavy Metal music done right, with no gimmicks, no trends, and all heart. This album is best suited for a good pair of headphones, because there is so much to devour when all the instruments can be heard clearly. Vreid has shown an ability to churn out albums every couple of years, and there has not been any noticeable dip in quality. CrypticRock gives Sòlverv 4.5 out of 5 stars. 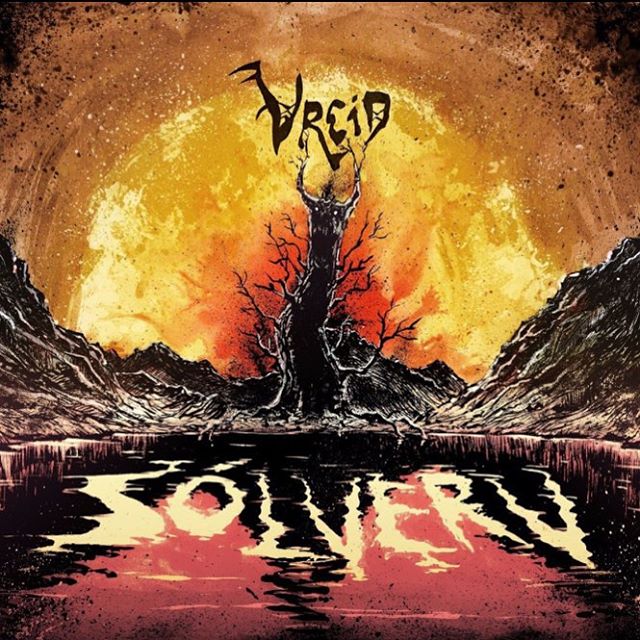