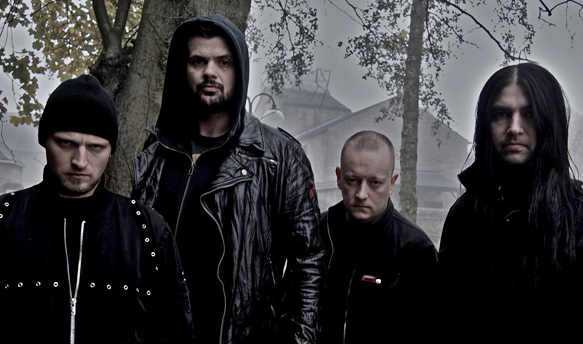 Norwegian black metal certainly can be said to have its own formula, etched in hellfire circa 1991 and loathe to adapt to a modernizing music scene brimming with post- this and retro- that.  Vreid began life in 2004 following the dissolution of the great Windir, a band whose brand of black metal derived more from Nature, history, and the land than it did from anything to do with Satan.  From the start Vreid played by their own rules, injecting a black-n-roll element of death metal far removed from that which usually emanates from their icy realm.

Nearly ten years on from their inception, this stylistic shift has been steadfastly enriched with each release, culminating in their sixth full-length Welcome Farewell released in February 2013 on Indie Recordings. Hváll (bass), Strom (guitar), Sture (guitar, vocals), and Steingrim (drums) comprise the ‘pitch black brigade’ known as Vreid.  Being Windir in all but name, minus its tragically deceased vocalist Valfar, the lads’ creative pedigree is second to none.  They rely upon impeccable song dynamics and simple yet effective composition over high-tech effects and studio chicanery, to unforgettable results.

Opener “The Ramble” builds from a carefully strummed opening tune into a real head banger, guaranteed to snap necks and start pits everywhere.  The crystal clear drums and bass mimic the clarity in Sture’s raspy but understandable growls.  There are faster moments, such as on the killer “Way of the Serpent”, whose black metal riffing and blasting drums echo the glory of Windir.  The way in which Strom and Sture play these lilting, classically trained guitar leads over and around the rhythmic blast is compelling in the extreme. The title track, “Welcome Farewell”, opens with a fantastic solo, which repeats its lead til the drums and rhythm guitar kick in, launching the song into a speedy assault that pulls no punches and absolutely rocks.  Vreid know when to switch tempos and they know how to bridge the different parts of a song.  They can be catchy, as on the single “The Reap”, as well as how to build a song up from a careful foundation, such as on “Sights of Old”.

This longest track begins with a cool guitar intro, similar in atmosphere to “Call of Kthulu” era Metallica, before an opening riff comparable in execution to “Seek and Destroy” (Metallica), heads us off into prime Vreid territory; that is, melodic riffs pumping away over Steingrim’s peerless drumming.  The song hits a variety of nerves, even mellowing out to a suite of cool, trade-off leads that would make Alex Skolnick proud.  Vreid transition from place to place in a song with an elaborate simplicity that is breathtaking to listen to.  They never lose that ass-kicking black-n-roll chug though, as evidenced by the opening salvos of album closer “At the Brook”.  Bassist Hváll rocks out his instrument on this one, which is pleasingly forward in the mix throughout Welcome Farewell. Vreid perform music of simplistic elegance, but don headphones and turn it up and you will hear that it is really anything but simple.

Timeless leads and killer riffs, a traditional heavy metal rumble topped off by distinctly black metal vocals that you can somehow understand, Welcome Farewell is a testament to the skill of this band.  If you haven’t checked them out, this is an excellent place to start.  CrypticRock gives this album 5 out of 5 stars. 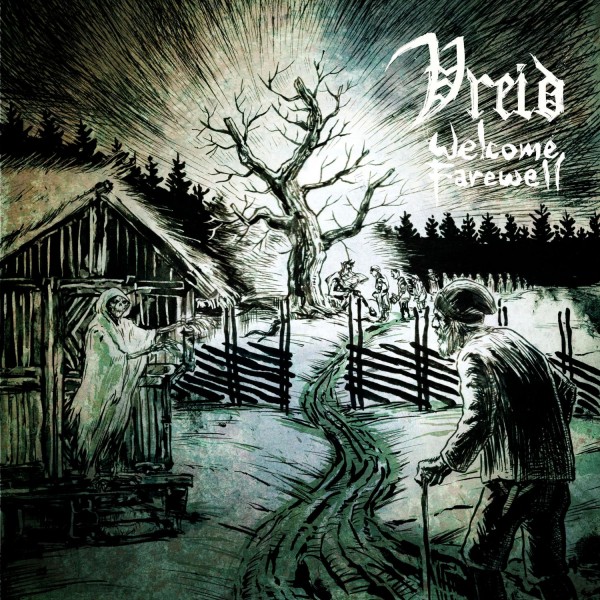