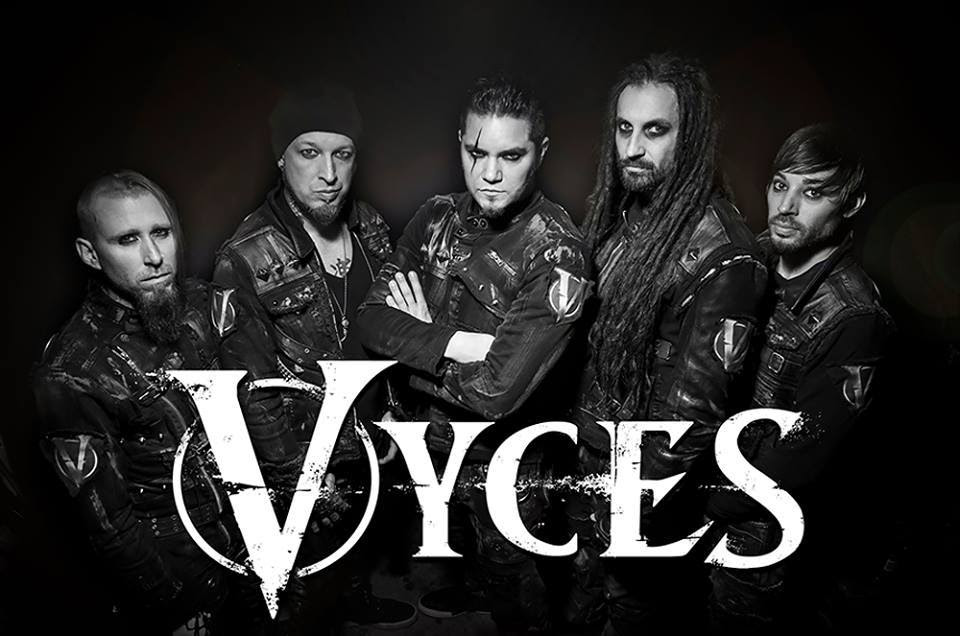 Sometimes the end of one journey is the beginning of another. Resistant to change, we often fall victim to our own fears and thus do not make progress. Not allowing himself to circum to such pitfalls, Dave Naruszewicz looked to form a new project following the disbandment of Heart-Set Self Destruct. Quickly realizing the amount of potential a new start would bring, he teamed up with Drummer Russell Ray, who reached out to Guitarist Shawn Patterson. Working together, they later added former Breaking Benjamin Bassist Mark James Klepaski and former Thrown Into Exile Vocalist/Keyboardist Evan Seidlitz, and thus became Vyces. Born from the need to express the dark and decaying aspects of human emotion, Vyces independently work to show the world what they have to offer. With the incredible line-up of musicians, the band looks to connect with fans on the imperfect moments and pains that force humans to rise above and become better though the trials life sets down. Looking to make that initial impression, they first created fourteen tracks, but decided to select six of them for their debut EP, Devils.

Released on October 20, 2016, “Raptor” begins the EP on a powerful note. Without changing the beat, vocals interchange with lulls and heavy screams, as if to illustrate a struggle pausing momentarily for reflection. Then, title track, “Devil,” ramps up the mood, taking the listener deeper into the darkness. Fighting inner demons, the emotions begin low and softly, then build tension gradually until the peak is reached. Like possession, growling lyrics and vocals take over and the mood takes to an evil tone before returning to the all too human inner struggle. “I Will Find You” is up next with a dangerous sensation, and one could imagine the scene of a dark, seedy bar as the setting, initially. The sinister thrill of stalking prey is expressed in the track. It is matched with a catchy chorus that throws a hint of lighter notes, and a piano adds to the effect, just barely caught behind the crashing drums and guitars.

Featuring a slower and less heavy tempo, “Aftermath” fades to a whisper for emphasis on the lyrics in some places, adding to the lonely vibe of the song. Forsaken and tired, the question of how much is too much to give, how hard should the fight be before losing peace of mind, and can anyone relate to the sentiment. Then, with a futuristic Horror movie feeling, “The Hive” could easily fit into a Resident Evil movie. Doomed observance of the mundane aspirations of most of society passes back and forth between heavy, frustrated instrumentals and slow, dreamlike sequences. Closing out the introduction to Vyces, “To The Tortured” is the last offering, coming on with a raw guitar opening, frantic vocals, and even more wild instrumentals reaching out desperately to the shunned people of the world in simple lyrics. A twisted validation for those with dark hearts, the track is rough and fans the flames of the burning hate born from hate.

Overall, Devils is a loaded EP full of coarse black messages. The album feels unrestrained and strong in the presentation, with a clearly defined sound that captures the attention of the listener and holds it in an unwavering style. Contrasting vocals act of common ground between the tracks, freeing the instrumentals to explore various depths without compromising the broader sense of the album. Having a bright future ahead of them, CrypticRock gives Vyces’ Devils 5 out of 5 stars. 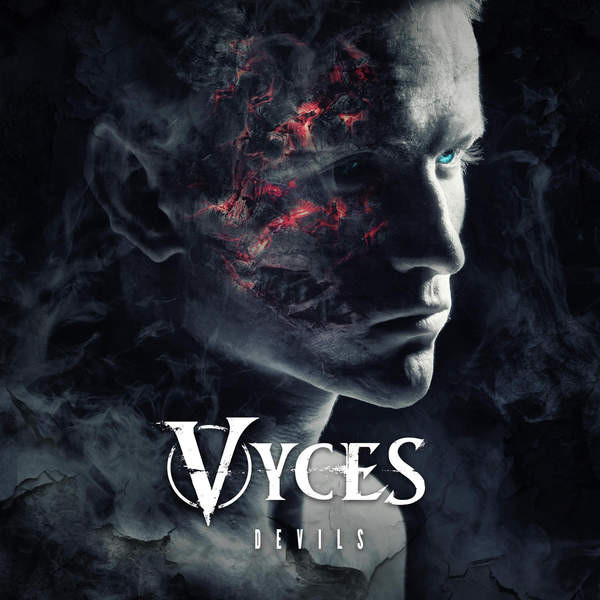