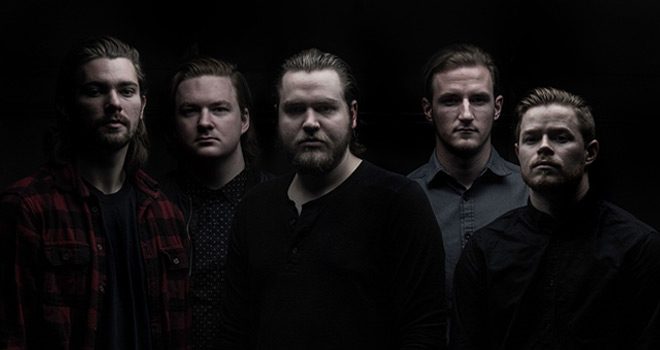 Formed in 2010 in Ocala, Florida – and originally named Empires – Wage War would eventually sign to Fearless Records in 2015 and release their debut disc, Blueprints. The past seven years have seen the band touring relentlessly, sharing stages with the likes of Every Time I Die, August Burns Red, I Prevail, The Amity Affliction, and so very many more. Now ready to author their next chapter, on August 4th, the boys made a triumphant return with their sophomore disc, Deadweight, thanks to Fearless Records.

Having made the grade in Alternative Press’ “Most Anticipated Music of 2017,” Wage War – “dirty” Vocalist Briton Bond, “clean” Vocalist/Guitarist Cody Quistad, Guitarist Seth Blake, Bassist Chris Gaylord, and Drummer Stephen Kluesener – entered the studio with Producers Andrew Wade (Neck Deep, The Ghost Inside) as well as a fellow Ocala native Jeremy McKinnon of A Day To Remember. A twelve-track offering that sees the band at their most emotionally vulnerable, Deadweight, in fact, begins with a blunt confession.

“It’s been two years since I spilled out my heart,” opens Wage War’s sophomore release, setting the mood for an album that is part cathartic release (“I’ve loved, I’ve lost, you wouldn’t know what it cost!”) and part exercise in fairly-formulaic 2017 Metalcore. “Two Years,” however, merely serves as a whetting of the palate. The aggression truly kicks in with “Southbound” – a track that should be a single! – an infectious offering that beautifully blends growl and bite alongside addictive harmonies; a delicious representation of what Wage War are about. First single/video “Don’t Let Me Fade Away” is an anthemic, self-empowering plea that makes a heavy emotional impact straight to the feelers; superbly blending an aggressive punch of positivity and hope crossed against viciously fat bass-lines and pulverizing rhythms.

The full-throttle assault of second single/video “Stitch” weaves an addicting onslaught, one of the standouts of the album’s heaviest tracks. “Leave me in the dark with a hole for a heart / As low as I can get, burn the bridge, rip the stitch out” repeats, driving the lyrics straight to the heart. In fact, the bulk of the tracks on Deadweight may have a deep darkness permeating their core but there is oft a resilient hope to their lyrics (“I was broken to be made a better me”), much like in the blistering “Witness.”

The self-reflective relationship woes of “Deadweight” present a massively full, heavy sound that is captivating, seriously heavy with only a few dustings of melody peppered into the chorus. Taking a break from the full-on rage, Wage War move to a kinder, gentler sound with the pure melodies of “Gravity,” chock full of Quistad’s clean vocals. However, the divergence does not last long and they are back to the vicious verses and melodic choruses on “Never Enough,” full of pummeling stomp. Embracing a sense of youthful superhero-level naivete – but reflecting the tale back through mature eyes – Wage War present “Indestructible,” another blend of jackhammering bass and drums, alongside growling verses and melodic choruses.

“Disdain” – a downward glance at a world full of hate – is a vicious Metal assault that leans towards something similar to, say, Emmure, while “My Grave Is Mine To Dig” amps up the melodies over the massacre, creating something that embraces light over dark. It is also brutally honest: “Make no mistake I’m everything I say I hate / Hypocritical, lost individual, no longer worth your faith.” They end on a high point with the ode to heartbreak that is “Johnny Cash,” a confession where love turns to bitter loss and self-doubt. Ultimately, there is a poignant plea: “I wanna feel the love you can’t live without / The one that Johnny Cash wrote all his songs about.” The sonics – like the bulk of Deadweight – are vicious, but the sentiment is eternally blatant, raw emotion.

Deadweight, despite these flaws, is anything but representative of its title: it is a solid offering from a promising young band who are playing the game, yes, but they are playing it with intense lyrical honesty alongside viciously slaughtering sonics. They might not be ground-breaking in their presentation, but dammit these boys are onto something! For these reasons, CrypticRock give Wage War’s Deadweight 4 of 5 stars. 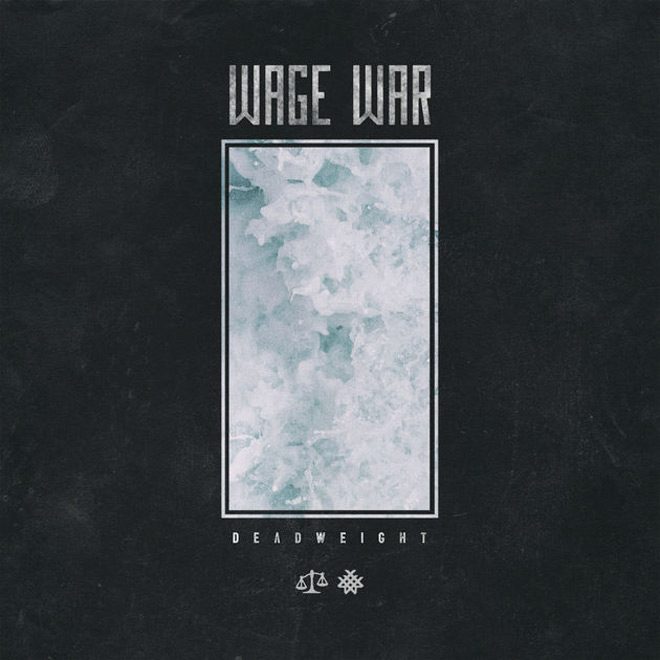