WALK THE MOON – What If Nothing (Album Review) 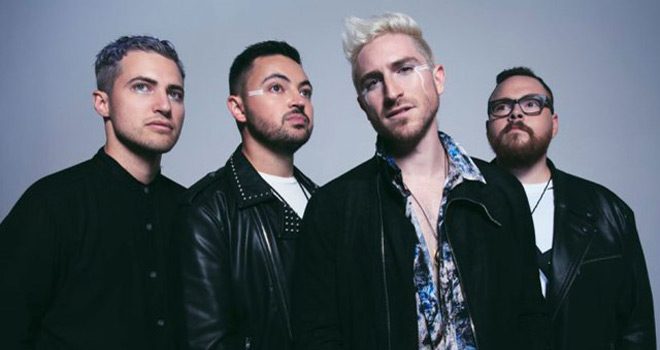 In Walk The Moon’s full decade of existence, it has released three studio albums—2012’s edgier-sounding self-titled, 2014’s ’80s New Wave–inspired Talking Is Hard, and the just-unleashed What If Nothing. Its relative prolificacy and consistency is very promising, considering the more highly competitive nature of the music industry in this time and age of digital music and social-media platforms. In fact, by the second album, the fast-rising American Indie band has already a number of chart-topping hit singles on its sleeves—“Anna Sun,” “Tightrope,” “Different Colors,” and the ubiquitous “Shut Up and Dance.”

Released on November 10, 2017, on RCA Records, Walk The Moon’s third offering is a smooth continuation of its Alternative Rock/New Wave/Indie Pop combo sensibilities. It begins with “Press Restart,” whose Kraftwerk-ian intro builds up into a 2000s Guitar Pop angularity. This is followed by the cheer-type, power-driven, grungy rhythm of “Headphones,” the album’s second single that has a faint echo of The Fall (“Cruiser’s Creek”) and Long Fin Killie (“The Heads of Dead Surfers”). Then there is the first single, “One Foot,” which builds on the Dance Rock/Pop Punk–style of “Shut Up and Dance,” followed by “Surrender” in the same pulse and heartbeat.

Another punchy stomper comes in the form of “All I Want.” Then, the midtempo “All Night” slows down the mood yet carries the album’s overall dancefloor groove. A change of pace and style, the soulful and R&B-flavored “Kamikaze” may remind the initiated of the smooth swagger of Maroon 5 (“Moves like Jagger”).

“Tiger Teeth” and “Sound of Awakening” fit well the kind of Synthpop balladry that recalls Ultravox (“Vienna”), Midge Ure (“Dear God”), and Alphaville (“Sounds like a Melody”)—metronomic, robotic, indulgent. With “Feels Good to be High,” Walk The Moon returns the listener to the center of the same discothèque occupied by Duran Duran during the classic English band’s Red Carpet Massacre phase.

Hypnotic guitar flourishes, funky bassline, choppy rhythm, and simple yet standout synthesizer embellishments best describe “Can’t Sleep (Wolves).” On the other hand, the ensuing “In My Mind” will surely make Sting and the rest of The Police proud; that is, if the trio consider having inspired young and new bands a compliment; and any millennial Indie Popster will be happy to play it alongside songs by the likes of Panic! At the Disco (“I Write Sins Not Tragedies”) and The Pains of Being Pure at Heart (“When I Dance with You”).

Finally, Walk The Moon closes What If Nothing aptly with the bundle of sonic joy “Lost in the Wild,” which will definitely make New Wavers – from the good ol’ Simons to the flowery Brandons – lose their sense of abandon as soon as they have surrendered themselves to the shimmering sound and style of this swansong.

Its latest trajectory proves that Walk The Moon has not lost the chops to catapult itself further not only onto the moon of awards and accolades but also into the pantheon of shiny Pop/Rock stars. CrypticRock gives What If Nothing 4 out of 5 stars. 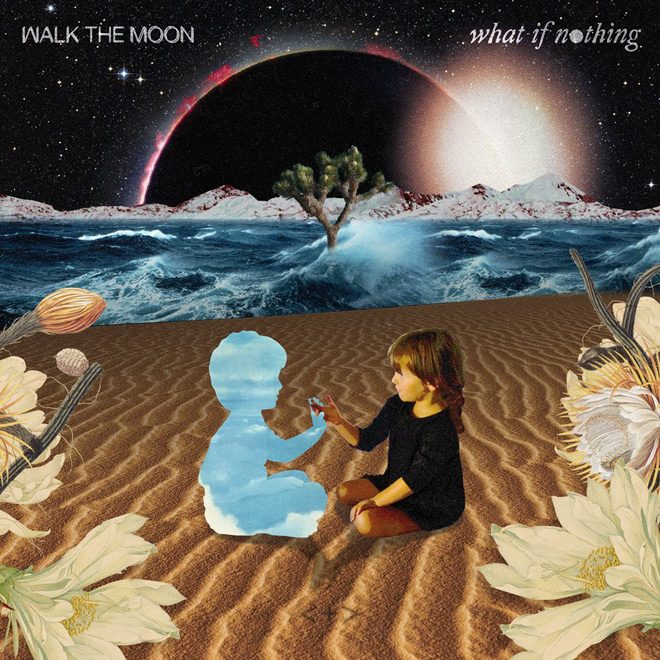 Purchase What If Nothing: