Even the hardest of individuals have regrets to confess, and the latest episode of AMC’s The Walking Dead, The Big Scary U, proved that when premiering at 9 PM EST on Sunday, November 19, 2017. Coming a week after fans saw the more human side of King Ezekiel in Some Guy, who was faced with the reality of war, losing most of his people, as well as companion Shiva, The Big Scary U gives a bit of a closer look into the world of Negan. 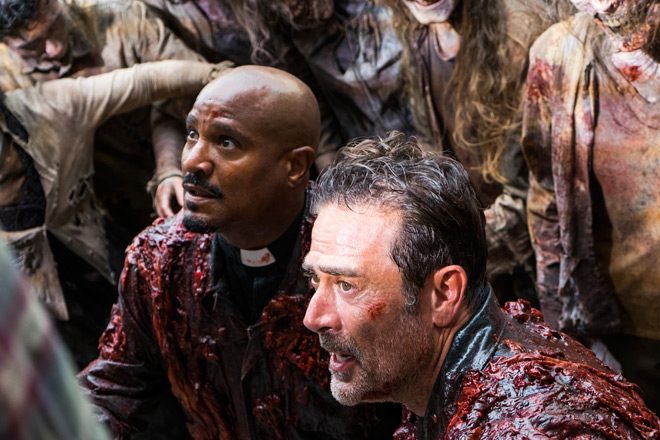 Picking up after the attack on The Sanctuary in Season 8’s opening episode, Mercy, where Negan is nearly killed by Rick, but takes cover in a trailer as Walkers swarm. He is soon joined by Gabriel, and now fans finally get to see the two exchange words while trapped together. Gabriel, a much stronger character than ever before, puts on his priest persona and opens up a confessional session in the mangled trailer as Walkers look to break in from the outside. Of course Negan, with a thick exterior, refuses to admit he has anything to confess.

Meanwhile, inside the walls of The Sanctuary, Negan’s henchmen, and woman, bicker over how to deal with the attack on their homebase. Assuming Negan is dead, they sit at a table talking over a plan to preserve The Sanctuary, but of course suspension runs deep, wondering who tipped off Rick and his people on when to attack.

In their meeting it is easy to see that nearly none of Negan’s people are on the same page and while some want to use force, others are more passive, such as the recently converted Eugene. Speaking of which, Eugene looks as though frightened. Speaking his mind of how to approach the situation, Eugene forms an unlikely alliance, after Dwight stands up for him in front of the group. Later in the episode, Eugene puts the puzzle pieces together to realize that Dwight is the one who tipped off Rick. Will he rat out Dwight in fear, or remain quiet? 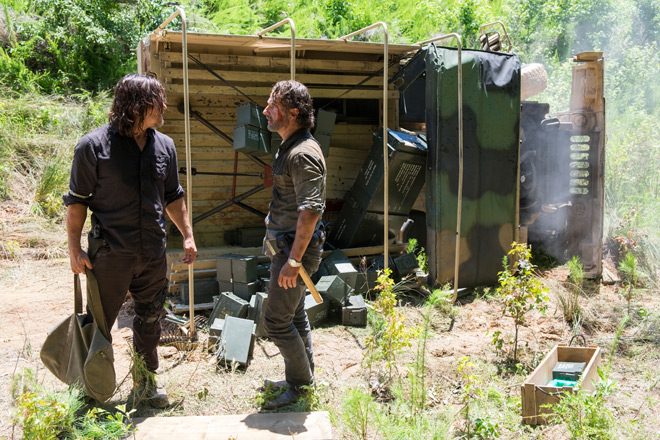 Then there is Rick and Daryl who are still on the road and also bicker over a plan of a attack. Daryl, more ruthless than ever, wants to use complete force and take no prisoners. Rick wants to stick to the original plan and not kill innocent people if it can be avoided. The tension between the two boils over when they get in a scuffle that lands the explosives they found into the turned over Savior’s vehicle, which is leaking gasoline, soon exploding.

It is clear Rick and Daryl are at odds, much like Morgan and the rest of their group are at odds. As everyone knows, The Saviors have plenty of resources in bodies and amos, so in order for them to be defeated, Rick and his people need to be united on all fronts, otherwise there is a massive hole in their armor. That in mind, Gabriel may have done his part to make a breakthrough in the physique of Negan as he finally gets him to confess a regret. In exchange, Gabriel comes away with a great deal of information about how Negan works. For one, everyone knows Negan is ruthless, but oddly justifies his form of leadership to Gabriel. He does this in his words, but then again in action after the two barely escape the trailer to find safety in The Sanctuary. 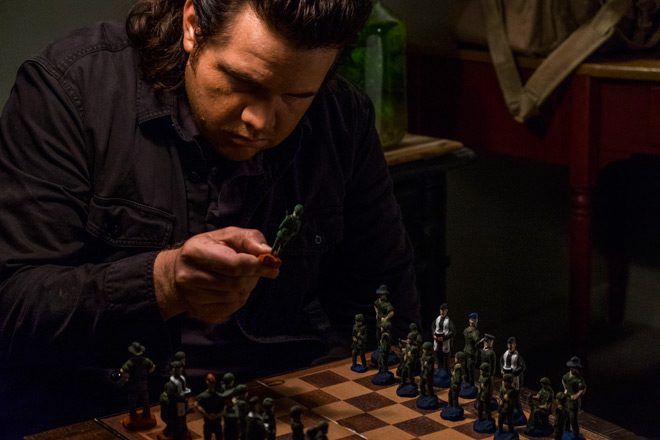 Inside The Sanctuary the workers are getting restless, annoyed, and are on the verge of uprising against Negan’s second in command. In fact, one even tries to take a shot at Negan’s commanders only to be killed. Coming right before Negan shows up, soon after, everyone kneels and one worker even mutters the words, “Thank God for you Negan.”

An episode filled with a lot of dialogue, while there was little action in The Big Scary U, there was a lot learned. For one, it is learned The Sanctuary is only as strong as Negan’s stern leadership. Second, Rick’s team may not be as united as once thought. Either way, the war has certainly been a slow process, and while some viewers may be getting antsy for a big pay-off, it will just have to wait for now.

On Sunday, November 25th, The King, the Widow, and Rick sneak peaks show an argument breaking out at The Hilltop, and also Rick faced with those dirty Heapsters once again. Hopefully offering more to the story, until then, CrypticRock gives The Big Scary U 3.5 out of 5 stars. 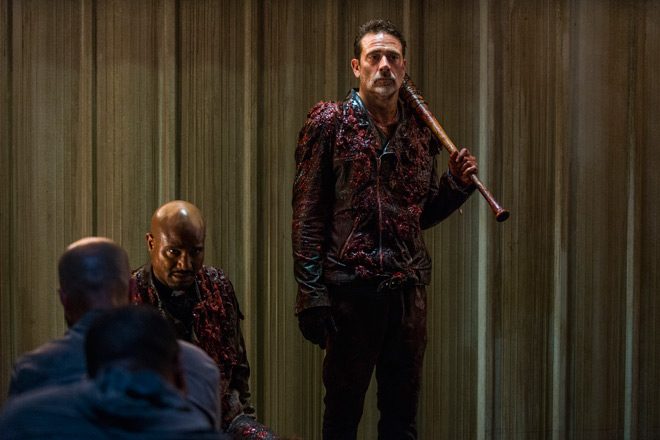